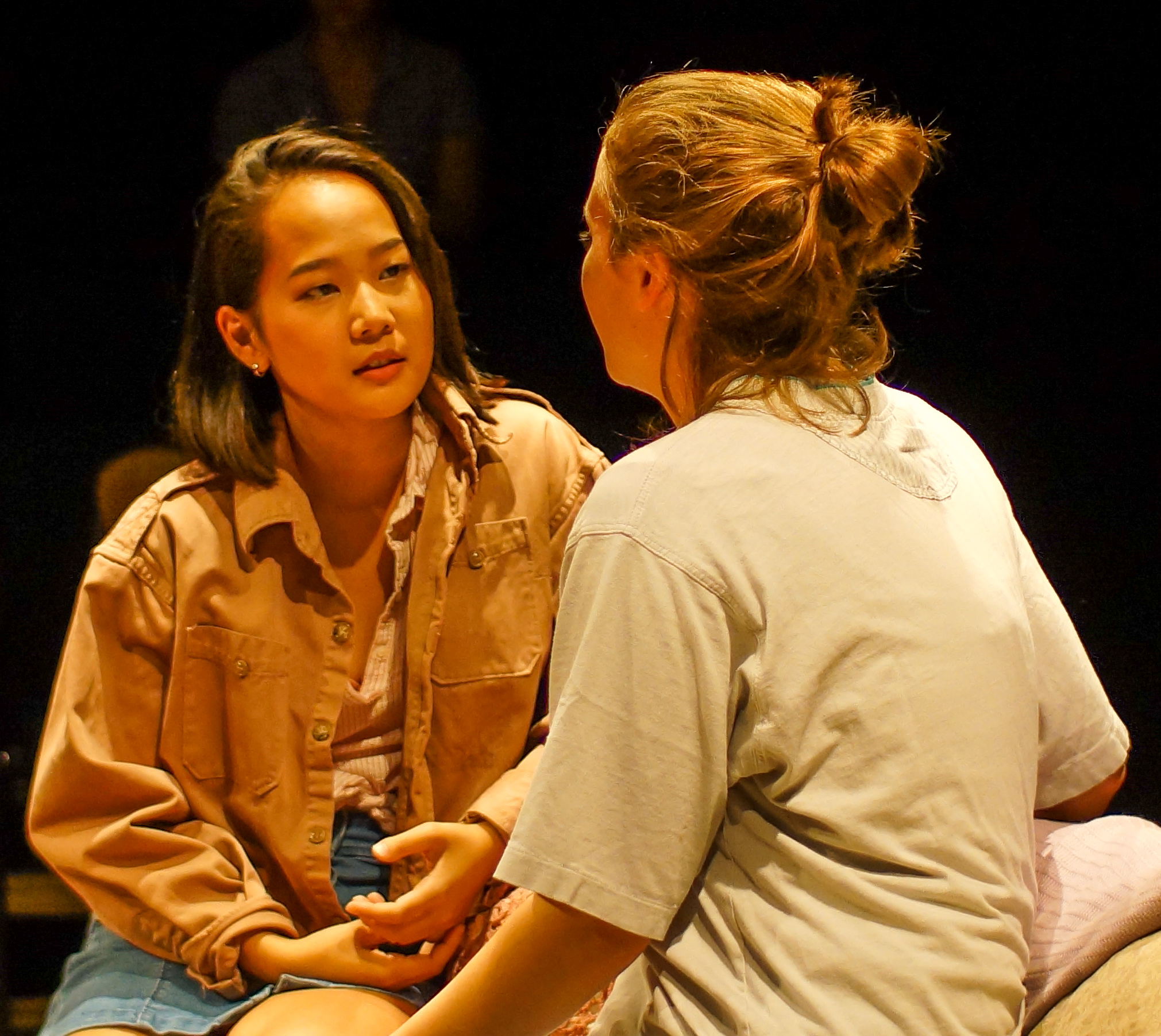 The lights come up slowly as the Cardigans’ “Lovefool” begins playing. We see the familiar scene of a woman alone in her apartment: cleaning, dancing, and (of course) lip-syncing into a candle holder. This is Callie, the charmingly awkward protagonist of “Stop Kiss,” which will be showing in the ’92 theater this weekend.

“Stop Kiss” follows the story of Callie and her romantic interest Sara, an elementary school teacher from St. Louis. As their relationship grows, each woman becomes an integral part of the other’s life. But the romance turns tragic when they become victims of a homophobic attack that leaves Sara in a coma and Callie injured in the hospital. 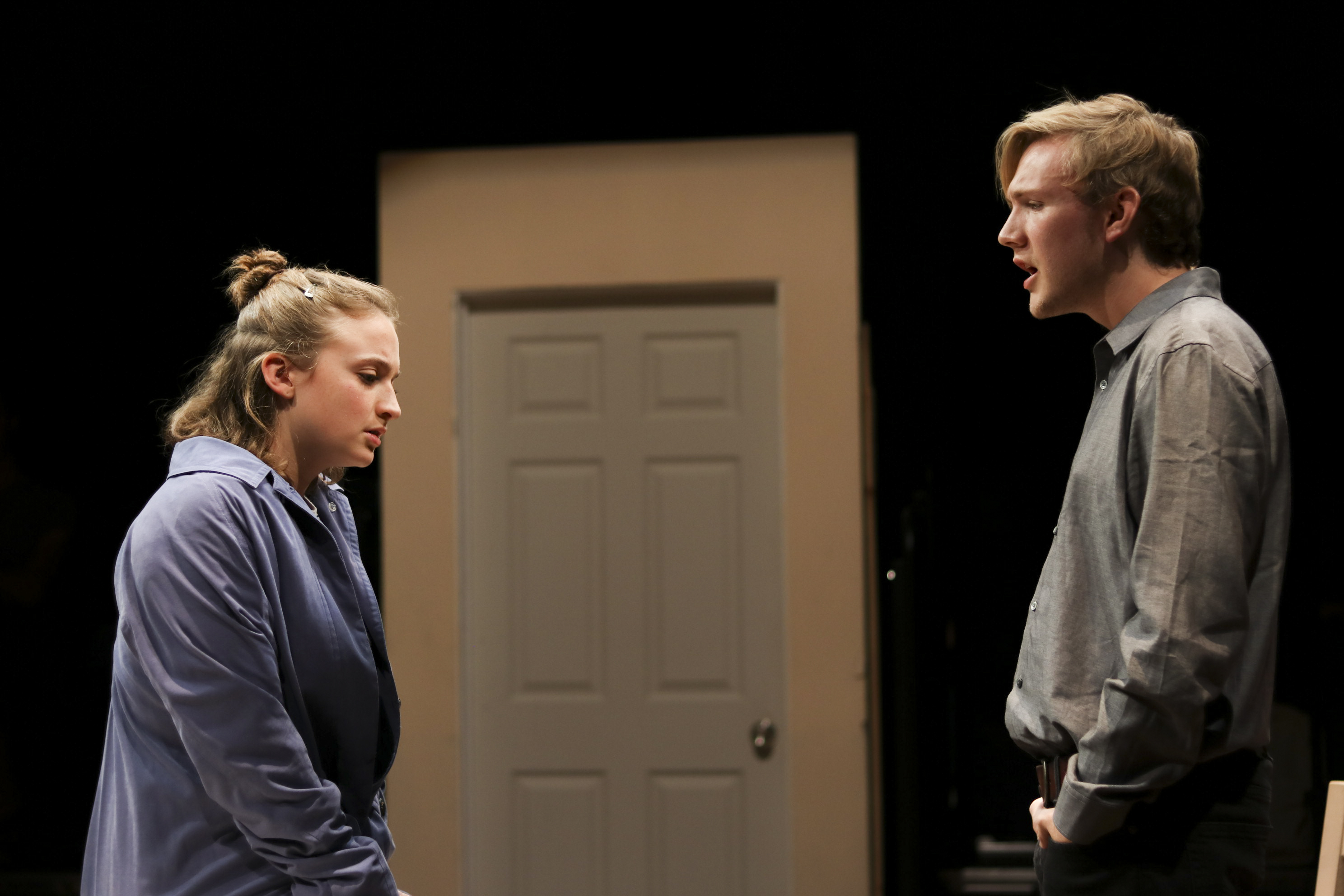 The immersive staging of this production makes each audience member feel extremely present and invested in the lives of these characters, and the extraordinary performances by the actors will stir you to your core. Detective Cole’s harsh and stoic interrogation of Callie conjures images of Brock Turner’s trial and countless other instances of victim blaming. “Were you drunk?” he asks. “Two nice girls walking through a park…why would he call you dykes?” This striking rhetoric cuts like a knife as we see Callie trying to come to terms with what happened to her while enduring harassment from the very man trying to solve the case. 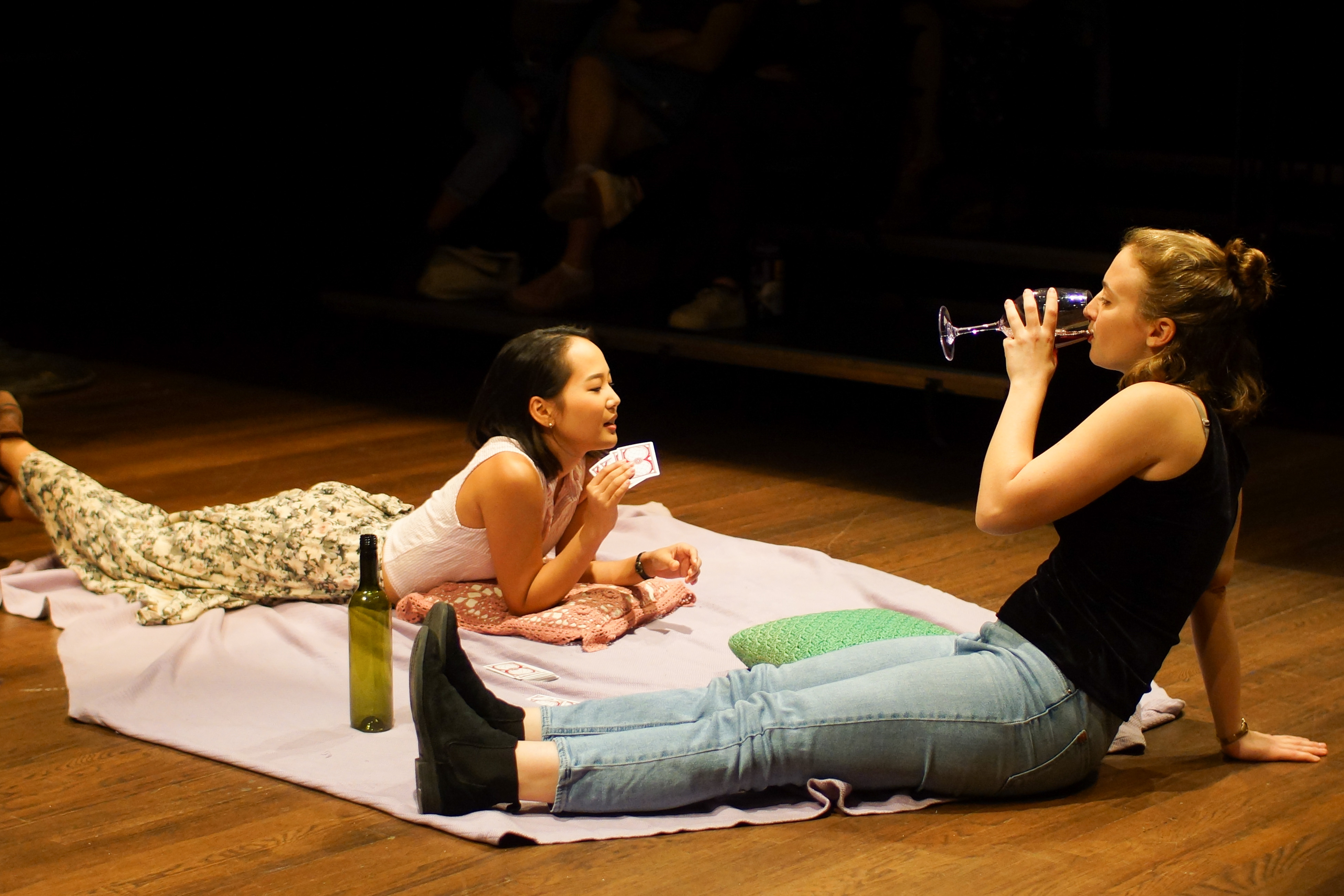 Perhaps the most disorienting yet effective aspect of the show is how it plays with time, cutting between scenes from before and after the attack. We are met with familiar images: playing cards, drinking wine, going out to dinner—normal events that feel comfortable, relatable, and realistic. This sense of comfort and security is then shattered by the purposefully disjointed scenes of police interrogations, hospital rooms, and an almost unrecognizable Callie. Her joy, cleverness, and sweet awkwardness are replaced by a quiet, withdrawn woman. We continue this see-saw of before and after, which emphasizes the stark differences of how an attack like this can change the course of a person’s life.

The show, originally written by Diana Son and first put onstage in 1999, grapples with issues that director Maggie Rothberg ’20 felt were still pertinent some 20 years later. “I was on the subway this past summer and some guy started saying homophobic slurs at me,” she recounts. The issue of discrimination is nowhere near disappearing, which renders the show’s depiction of homophobia-driven violence a plotline that is still relevant today.

In a broader sense, though, “Stop Kiss” is an exploration of the way others can define who we are.

“To me, the show has a lot to do with how identity is formed and can be, in many ways, foisted upon us,” Rothberg said. “There’s the way we perceive ourselves and the way other people perceive us, and there can be a gap between those.”

As college students, many of us are on a road to figuring out our identities and attempting to gain independence from roles we feel have been assigned to us. This play demonstrates the way that identity is an ever-changing process of discovery, a fluid entity. The impact of the show lies in how extremely relatable it is. Everyone can connect to feelings of being lost, confused, or trapped in one’s life, which is why “Stop Kiss” is inspiring, chilling, socially relevant, and adorable all at once.