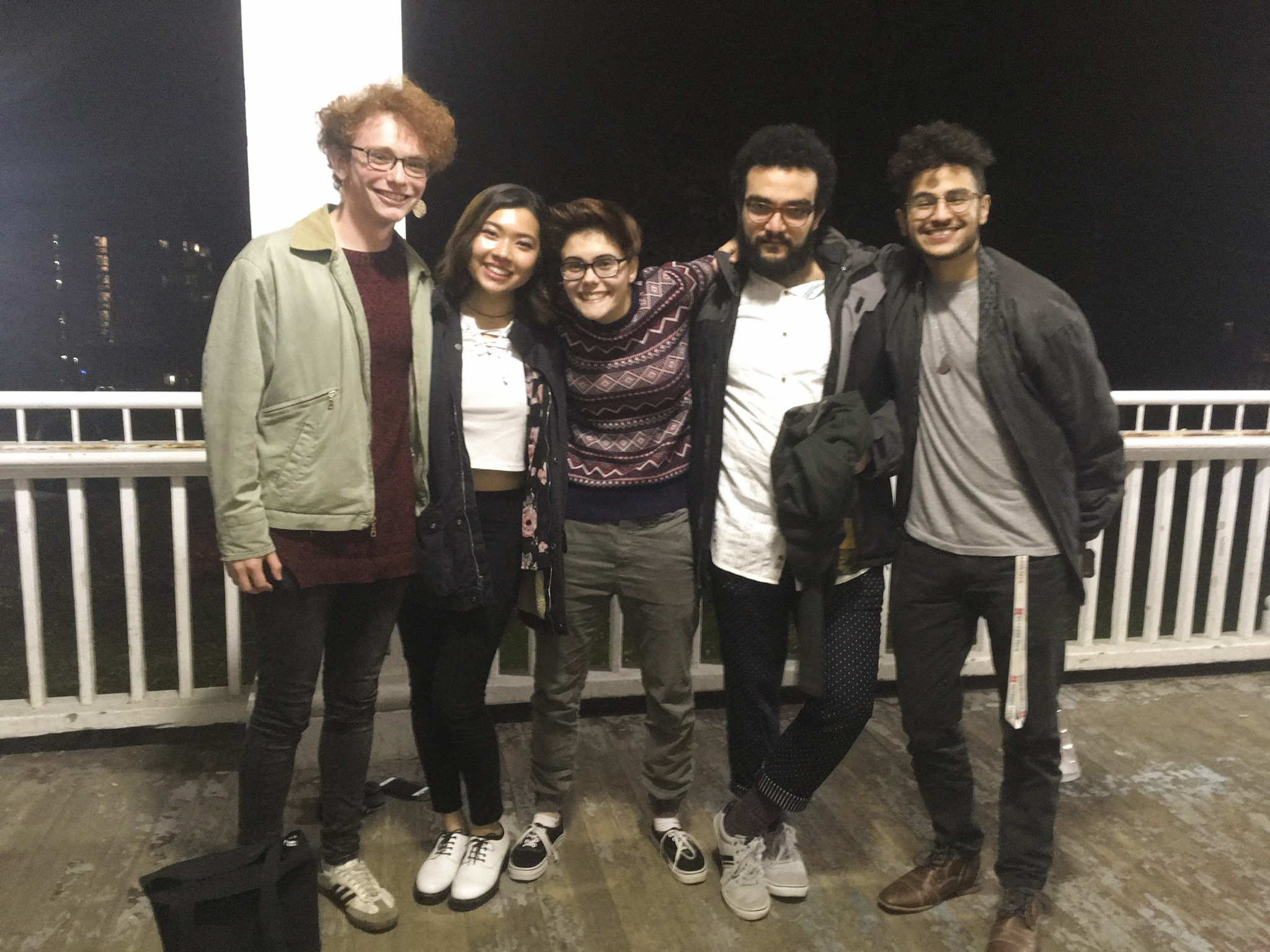 Are you a poet but you didn’t even know it?

WeSLAM is Wesleyan’s only slam poetry team. Each year, five members of the group go on to participate in The College Unions Poetry Slam Invitational (CUPSI), which is a national competition against 73 other slam poetry teams from various colleges and universities. After the team’s intense experience at the national competition last year, WeSLAM has a full agenda for this year with many new plans in the works.

Ariel Munczek Edelman ’20 and Joy Feinberg ’19, who are part of WeSLAM this year, sat down with The Argus to speak about how the poetry team is expanding this year.

“WeSLAM started before I got here as a slam poetry group specifically, and it kind of started as slam was becoming a much bigger art form that people were doing, and there wasn’t a lot of self-critique of the genre initially,” Edelman said. “Until last year, it still was kind of slam focused, but we started having what we called WeWrite, which is a weekly writing workshop. In the past it has been a time where people get together, someone brings a prompt, and we just free write. We’re trying to make it more generally poetry and creative writing, not just slam.”

WeSLAM hosts a few preliminary slams here on campus, and those who qualify then go onto the grand slam. The five people who score the highest at the grand slam become part of the team for that year, traveling to both regional and national competitions. Edelman reflected on their experience on the team last year.

“Last year we had meetings twice a week, assignments in between them to either write, or edit, or practice, and then we would come in, and by the end almost only working on memorization and performance of the poetry,” said Edelman. “In between, we had two boot-camps. One of them was just a Saturday, we got up at 8 a.m. and got breakfast together, and then worked until 7 p.m. That one was more about building trust together, and we didn’t actually do any writing during that one. We had a second boot camp over spring break, we came back five days early, and spent that entire time working. It’s super intense, but that’s why it’s so rewarding. Spending that much emotional energy on art around other people is intense, and it brings you really close to people.”

This past April, the team traveled to the University of Illinois-Chicago to participate in the national CUPSI competition.

“What happened last year was a big drama, but it was really necessary to address a lot of problems within the slam community,” Edelman said. “WeSLAM is a really white group, which is a problem. Slam as a whole is the opposite. It’s an art form that has been pioneered by queer people of color and most of the competitors were not white. That’s a lot of the reason why it’s a very progressive space, a lot of artists and activists. For the past five years, finals at CUPSI has a really established, really good poet who does an hour of poems before the competition part of finals. For the past five years, it has been Black women, that’s who has led the charge within slam. It’s become an art form for and by marginalized communities.”

While Edelman was clear that Wesleyan itself needs to improve on incorporating all marginalized identities, they also believe that the problem permeates a larger swath of the slam community.

“There’s this man named Marc Smith who claims to have invented slam poetry who is an old white cis straight man,” Edelman said. “He was the featured poet last year. He got up on the stage and started spouting sexist and racist things. It was a very voyeuristic way of talking about poor communities, and this is a community that isn’t going to take that. People started walking out, and eventually, we walked out too when we knew what was going on. In the front, all the finalist teams stood up and turned their backs to him. Of course, it caused chaos, it was supposed to be a performance where you sit down and listen. He was booed off. This is a community that is by and for marginalized communities, you can’t be disrespectful to the people who are leading this. The four finalist teams and one representative from each team went backstage to discuss how to proceed. We stood around for an hour and a half while they talked, people put on music and danced together while that happened, and it was a really big community building thing, it was really lovely. They eventually announced that it would no longer be a competition, and that the four finalist teams would just present their work. They weren’t going to be scored; they were going to share the title of winner.”

Edelman noted that the team’s experience in Chicago is what fueled them to stop and think about certain things in the slam community.

“It was this really introspective moment of where we’re taking this art form, that’s really beautiful, and does a lot of amazing things for people, and putting numbers to it, and make each other almost fight for it,” said Edelman. “It feels so antithetical to the soul of the art form. We still want to send and make a team, which means that we still have to have competitions here on campus, but what we’re doing is having silent scores. In the past, at the end of a poem, there’s five judges who are picked randomly and they will write a number from 0-10 and someone will announce it out loud. That puts this awful pressure on the poet to have their art have a number given to you. For years in the group, people have been talking about how gross this is, without really doing anything about it. So this really spurred us to say wait a minute, let’s look at what we’re doing right now. We’re doing silent scores, which are score sheets. We’re also definitely moving towards not just expanding what genres we work with, I want WeWrite and WeSLAM to be a space for that because there isn’t really a creative writing group on campus as far as I know. We’re trying to mix up the way we run our workshops, we’re trying to have more open mics as well. We’re trying to build community more in a way that did form in past years, but differently.”

For those interested in participating in WeSLAM or WeWrite, Edelman and Feinberg encouraged potential poets to reach out to WeSLAM.

“We want as many people to be involved as possible,” said Edelman. “WeSLAM is not just the team, but it’s so much more…. It’s the community around the whole group. I would love to hear what people want out of a poetry group because I want to be able to make that for them. If anyone has had reservations about WeSLAM, if there’s an event people want to see happen that’s writing focused, we would love to help out.”

Jane Herz can be reached at jherz@wesleyan.edu