All That Glitters is Not Gold: The Killers Falter with Wonderful Wonderful 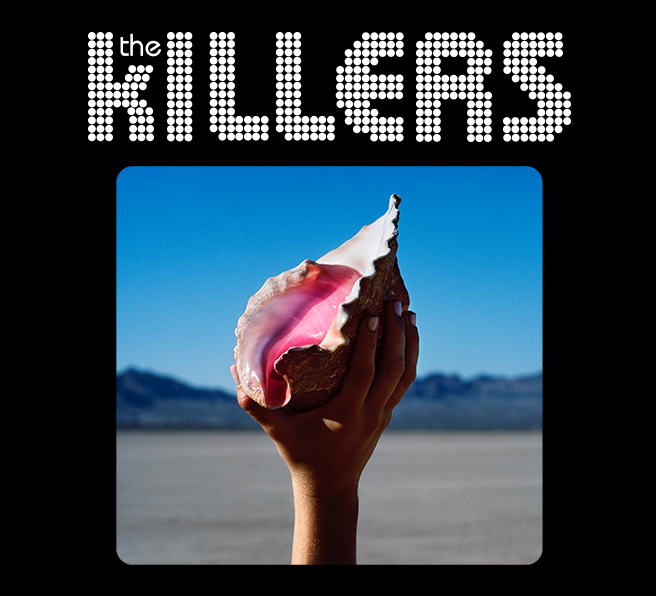 I got my first iPod Nano in third grade. My parents were concerned about me wasting funds by buying my own music, so I only got to fill my library with music my parents already owned. Luckily, my dad had a pretty good taste in music: I stocked up on The Killers’ Hot Fuss, the album that boasted still-relevant hits like “Mr. Brightside” and “Somebody Told Me.” Since its release in 2004, “Mr. Brightside” has remained in the UK Top 100 charts, not to mention the hearts and vocal chords of many a  college student. I’m not going to say Hot Fuss is a perfect album, but it approaches perfection with Icharus-like flight.

If Hot Fuss is the peak of flight, The Killers’ musical attempts ever since 2008’s Day & Age have been points on a steady decline into the ocean. In other words, they flew too close to the sun. Their Christmas album had a dose of whimsical merit, but Battle Born, inspired by the bands’ Vegas desert roots, leaves us dry as the Mojave. The Killers have always straddled the line between glam rock and Springsteen-esque arena influences, but Battle Born swung too far into dad-rock territory. The sound was epic and sprawling, but it didn’t match the zeitgeist—nostalgia pointed in another direction. Battle Born ended up being a headier Sam’s Town, with less raw emotion to ground it.

Wonderful Wonderful, the Killers’ 2017 album, swings wildly between the glitz of Vegas and the aforementioned arid desert feel. The title track resembles the œuvre of Battle Born more than any older work, featuring prominently heavy guitar riffs and booming drums. The opening eponymous song is immediately followed by “The Man,” a disco throwback. The chorus asks, “Who’s the man?” over and over, and I can only guess it’s Brandon Flowers. “The Man” can’t really be compared to any previous works. It’s no “Human,” and it’s no “Mr. Brightside.” It sounds more like an ABBA B-side than anything else, and I mean that as the highest of compliments. The opening electric guitar riffs may remind you of “Somebody Told Me,” but ultimately, this track is Flowers channeling his best David Bowie impression to tremendous success. “The Man” proves that reinterpretations of disco work best when they’re measuring dance-y bravado with humorous, semi-ironic lyrics. If any song will make you overestimate your chances in Vegas, it’s this one.

If you’ve ever wanted to hear Brandon Flowers’ southern accent, which I’m sure you have, “Run For Cover” is the song for you. Imagine Springsteen crossed with My Chemical Romance’s “Danger Days,” and you have a song that tries very hard to convince you that’s it’s great, but is just not novel enough to stand out.

Overall, this failure is a principle that can be applied to most of the album. There are some tepid attempts to channel current events, with lyrics referencing “fake news” and political anxieties, but aside from a few throwaway lines, it’s only a lukewarm rehashing of the same desert glitz that Sam’s Town emulated in 2006. This time, though, all that glitters is not gold. At times, the band tries to incorporate new electronic influences (“Rut” begins with an auto-tuned falsetto, which works marginally better than it sounds like it would), but overall, The Killers are forgetting the sounds that made them successful in an effort to become a Vegas Springsteen cover band. Bruce Springsteen would be rolling over in his grave if he weren’t still alive.

“Out of My Mind” offers another disco-tinged respite from the underwhelming arena anthems. It’s no coincidence that the more electronic-heavy songs, “The Man” and “Out of My Mind,” win my approval more easily; not only do they draw upon the foundations The Killers relied upon in Hot Fuss, but they incorporate a distinct 80s-synth influence that offset the dust bowls of “Wonderful, Wonderful.” “The Calling” also features a New-Wave influence, counterbalancing its grassier elements. In a relatively underwhelming LP, these few songs breathe life into a played-out aesthetic, ironically drawing on the past in order to hopefully give The Killers a future.

The album closes out with “Have All The Songs Been Written?,” an appropriate question for The Killers to ask. For a band looking to move past its initial success into newer territory, The Killers have only ended up repeating their least successful strategies. No one expects—or even wants—another “Mr. Brightside,” but we absolutely don’t want another Battle Born. Get your head out of the desert sand, and come back to civilization. I don’t want to hear Flowers wailing about Juliet over generic arena rock—I want the sonic equivalent of glitter and gasoline. Wonderful Wonderful hints at former glory, but it’s far more human than dancer.