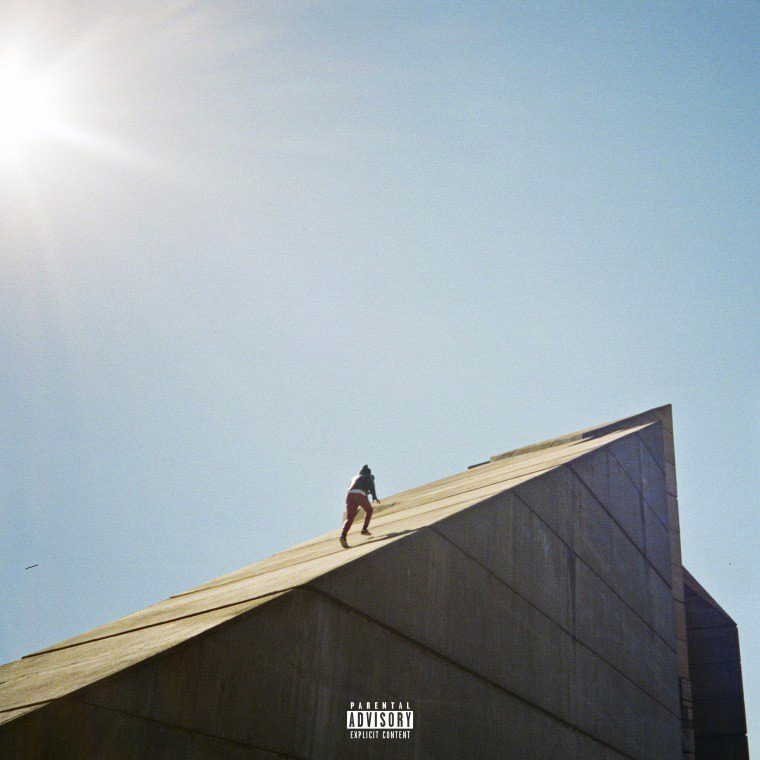 Daniel Caesar’s debut album Freudian, which was released on August 25, is a perfect blend of R&B and gospel. Its heart-wrenching songs, whether about a toxic relationship or being apart from a lover, provide themes and advice that you can hold onto for a lifetime. A month after its release, the album continues to resonate with audiences, and even though he is only 22, Caesar’s old soul allows him to create timeless music.

I first heard of Caesar in January, when I came across his most popular song, “Get You,” featuring Colombian indie pop artist Kali Uchis. The song begins with a smooth bass line and an ambient atmosphere, then the kick drops with mesmerizing lyrics: “Through drought and famine, natural disaster, my baby has been around for me.” I was hooked from there.

A member of the only black family on his street in Toronto, Canada, Caesar often felt like an outsider growing up. He and his brother were often bullied. He grew up with a very religious background, which brought on his gospel influence. But his parents ran a strict household, so Caesar decided to move out of his home on the night of his graduation. Working small jobs to get by and often sleeping in parks after work, Caesar had a rough start to his music career. But the struggles he went through shaped him into the musician he is today.

Many of the songs on the ten-track LP are based on one of Caesar’s long-term relationships. Love and appreciation are prominent themes throughout the songs, with lyrics often referring to religion. What stood out the most for me was how the album was mastered for three of the tracks. “Loose,” “We Find Love,” and “Blessed” easily transition into one another, drawing a connection between the songs, which create a small story about overcoming heartbreak and finding new love.

“Loose” is about a failing relationship that needs to end because it is unhealthy for the two people in it. Here, Caesar unveils the unbearable truth of having to leave someone. However, the outro of the song shifts into a more somber tone with a different perspective—possibly, that of the person whose heart has been broken. The words “You don’t love me anymore / let’s see how you like this song” create a sense of anger from Caesar that’s echoed in the next song.

“We Find Love” begins with the outro lyrics of “Loose,” but replaces the somber tone with a more empowering instrumental bit. Debuting as the second single alongside “Blessed,” this song provides a more positive outlook on heartbreak. Caesar has come to terms with the failure of the relationship and is able to go on to find new love. The song consists of a choir singing soulful hymns, enhanced by a moving piano bit. It all comes together most powerfully when Caesar sings the bridge over the choir chanting the chorus.

“Blessed,” my personal favorite, is driven by angelic melodies performed over a piano. Caesar sings about how grateful he is for his counterpart’s existence. The words “And yes, I’m a mess but I’m blessed / to be suck with you / sometimes it gets unhealthy / we can’t be by ourselves, we / we’ll always need each other” showcases him acknowledging his flaws and demonstrates his gratefulness for someone to love him for who he is. Caesar crooning about his relationship creates a peaceful and loving atmosphere for the listener to tune into. Towards the end of the song, the bridge brings in an organ and a choir to emphasize Caesar’s excitement to go home to his lover.

In the past, Caesar worked primarily by himself. But on this debut album, he had a few musical guests to help with the songs, such as H.E.R., who sings over the guitar melody in “Best Part.” H.E.R. is a notoriously mysterious artist whose public identity is unrevealed, and her unique voice is reminiscent of a young Beyoncé from the early 2000s. Her decision to keep her identity a secret allows the listener to focus a lot more on her music.

Freudian also features Syd, who has provided smooth, soul vocals for The Internet on tracks like “Get Away” and “Palace/Curse,” which showcases her vocal talent and drive her solo career. On Freudian, she is featured on “Take Me Away,” a song that draws on religious themes and perpetuates an air of gratitude.

Charlotte Day Wilson is featured on “Transform,” a funky song whose lyrics address transformation and change. The two create a narrative whereby an egotistical man tries to justify his actions by arguing that stubbornness and pride are within his nature, and that can’t be changed. Yet, his lover has seen him change and wants him to see how wonderful he is.

The title track ends the album on an eerie tone. It begins with a slow, guitar-driven instrumental with lyrics of Caesar once again showing appreciation. However, this time he is a lot more somber: he’s suggesting that his girlfriend is the reason he is alive. Listening to this song, I felt a more possessive tone that the other songs didn’t have as much.

In the closing track, entitled “Freudian,” Caesar mimics Frank Ocean’s Blonde closer, “Futura Free.” Both tracks have sections that feature a high-pitched voice speaking to their mothers, as well as silent interludes that lead into to a second part of the song. However, Caesar’s second part sounds more sinister than Ocean’s playful ending: an organ plays in the background while he sings of sacrifice and the universe.

Daniel Caesar has given us an album that incorporates his most personal stories throughout his life and showcases a vulnerability that everyone can relate to if they’ve been in a relationship or have gone through heartbreak. This is only the beginning of his career and I see him growing into a centerpiece in Canadian music, along with the likes of Drake and the Weeknd.