Who Wore it Wes: Owen Christoph ’18 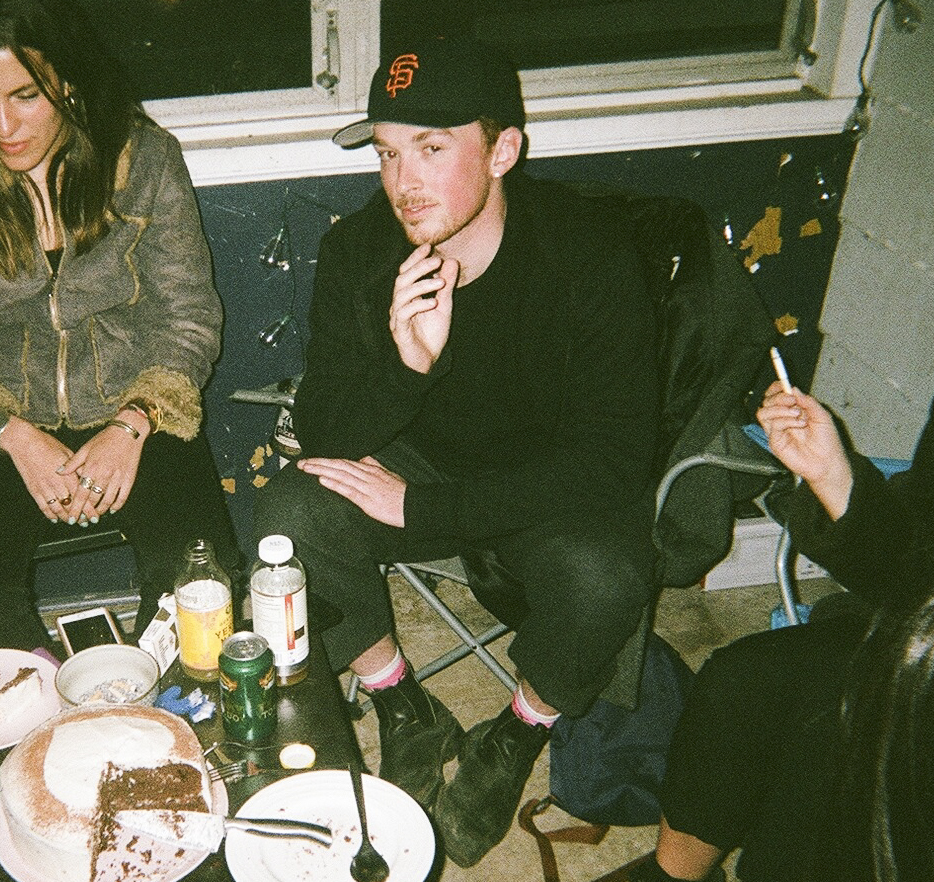 Owen Christoph ’18 encourages his fellow Wesleyan students to dress as their wildest self. As a San Francisco native, Christoph has mastered the art of layering and isn’t afraid to attribute his early style influences to his middle school and high school skater friends, as well as his laid-back West Coast roots. Christoph sat down with The Argus to discuss his excitement about wearing his new patent leather heels and how, for him, fashion is a fun addition to the day.

The Argus: How would you describe your style in three to five words?

Owen Christoph: Kind of erratic, a merging of different vibes.

A: What is one article of clothing that you couldn’t live without?

OC: I can’t get very attached to things because I lose clothing very often. It seems all the things I cannot live without I have lost so…

OC: Yeah, I just find it a fun way to add something to your day. And regarding the fashion world, I think really interesting things are happening that allow us to reshape how we present to the world.

OC: Yeah, I guess. I don’t know…. Fashion makes it sound like the industry, but I’ve always been interested in getting dressed and being very particular.

A: What do you like most about style at Wes?

OC: I like that there’s a lot of people doing interesting things with their clothing, so every day you can do what you want and it’s not seen as super out of the ordinary because there’s so many people that are having fun with how they dress.

A: Is there anything you don’t like about style at Wes?

OC: Hmm…no, I feel like I’m pretty happy with it and I always want people to be more wild and dress up more.

A: Where are your favorite places to shop?

OC: I shop on a lot of different random websites and thrift stores. There’s a bunch of thrift stores in San Francisco that I go to. Some of them are like consignment shops that sell designer clothes for cheap. I don’t really shop online that much because I know I’m too lazy to send things back if they don’t work.

OC: Yeah definitely. In San Francisco, things are just kind of more relaxed and laid back, so I think that’s why I wear a lot of graphic tees and clothing that has San Francisco on it in some way. And I hung out with a bunch of skaters when I was in middle school and high school, which probably influenced my style.

A: So were you a skater boy?

OC: I was not! But my older brother was a skater and all my older friends were.

A: How do you think going to school on a small campus in a small town has affected your style?

OC: I just don’t really do that much shopping while I’m here, besides going to Savers. I would say it doesn’t really impact my style that much because of the internet and globalization.

A: Is there a current trend on campus you love?

OC: I love that a lot of women on campus wear a lot of bulky sneakers.

A: Is there a current trend you don’t like?

OC: Hmm…not really, I’m not really into hating on people.

A: How has your style changed, if at all, since you came to Wesleyan?

OC: It has probably toned down a bit in a way. Like freshman year when I went out, I would often wear face masks (I have a bunch of face masks, like this mesh paintball one). But also I just got these new patent leather heels that I want to wear and I have a leather chest strap/harness, so I don’t know maybe it hasn’t changed that much. Someone externally could probably say better than I could. Maybe I dress a little less preppy now, but honestly, I just have different vibes different days.

A: For prospective students, do you think there’s any item of clothing that would be wise to bring to college?

OC: A good pair of winter boots, which I probably still haven’t found because I wear Blundstones. For all the West Coasters, don’t wear Converse. And bring a good pair of socks.