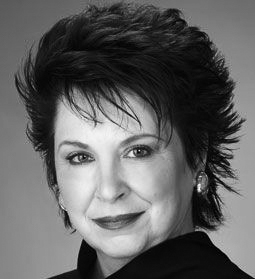 Frank B. Weeks Visiting Professor of Theater Kathleen F. Conlin has joined the University as the new chair of the Theater Department. After a tumultuous year in which Dean of Arts and Humanities Ellen Nerenberg, who has no experience in theater, was temporarily working as the Theater Department’s chair and the department only had two tenured faculty members, the hiring of Conlin seems to signal a turning point for theater majors and faculty.

The Argus sat down with Conlin to learn about her thoughts on the University and the future of the department.

The Argus: What do you think sets [the University’s Theater Department] apart from theater departments that you’ve been involved with before?

Professor Kathleen Conlin: A couple of things. One is that it’s so student-centered, and it’s also about providing the conditions that help students to generate work in a very creative way. That’s different, that sense of generating. Often times, BFA, MFA programs, for example, are really about training actors in skills to slot in. Same thing with design and whatever. And [Wesleyan’s Theater Department] is much more about creating that intellectual framework and creative framework so that the artistic process and the intellectual insights come together to create something. I think that’s extraordinary…. So many of the classes themselves have performance components, whether they’re performance classes or not. It’s also the fact that Second Stage is totally the students’ domain, so that gives them a freer way of experimenting. And then they’ve got the faculty shows, which provide a model for what the entire professional operation is. And that’s a difference. So those are two different kinds of skills and the fact that both are available, but that the students have that control over the Second Stage.

A: At the end of the spring of 2015 semester, the former chair resigned and they had to be in a transition year last year…. There were only two tenured professors. So what changes have been implemented and what can we expect to see?

KC: Well, we’ve been approved for a tenure-track search next year, so we’ve started the search. We’re in the process of drafting the description, so that won’t be public, I think, until Oct. 1. But that’s the first tenure-track position in a couple of years. And that we’ve been able to hire really superb visiting professors—some of them for longer lines and some of them per course—but the range of skills they bring are extraordinary. So I think that input, plus this now—it’ll be slow, in terms of the tenure track—but it is happening, and that’s key.

A: What’s your impression of Wesleyan as a whole in comparison to other institutions that you’ve worked at? Although it’s only been a few weeks….

KC: I did three days of orientation, so I know everything [laughs]. I guess it’s the care. The care that I sense from the administration as a whole, and the constant search for better ways to do things with and for the students. And then, because of the size of the institution, the students have so many opportunities to be a voice, to be a participant in various things. I think that’s extraordinary. And also, I have to admit that the political-social values are very strong…. Also, just the fact that [President Michael Roth ’78] is so articulate to the public—and I don’t know if the students are aware of how important that is, but, as a faculty member from other institutions, seeing a president go out on a limb and publish, now, points of view that are no longer popular. This whole thing about how liberal arts is totally under attack by certain political factions, state legislatures, I mean it’s amazing. Everyone is jobs-oriented, and he keeps making the case eloquently about how important the entire [liberal arts] education is. And I think that’s extraordinary, and that puts the Wesleyan student way ahead of the game. There’s no doubt in my mind.

A: So, looking back on the other work you’ve done, like at the Utah Shakespeare Festival where you have 22 seasons of experience—which is incredible—and all of the other Shakespeare works you’ve produced. Are you going to bring the Shakespeare into Wesleyan a bit more?

KC: I’ll do a class next semester, I hope, in which I share it with some guests coming in. We will do some work in that. But I want to make it very clear that that’s just one aspect—it happens to be one that I spent a lot of time doing, but it wasn’t the only thing. I’m a firm believer that we have to make sure that we bring the past with us. At the same time, we keep trying to look toward the future, so I’m really interested in new work and whatever, but I don’t want new work done with ignorance of what else has happened. And my approach to Shakesperian text is always to think of it as a contemporary play, like I’ve never read anything about it, never heard anything about it. Here it is. What sense do I make of it? And that’s what I do with my first reading of it. And then I go back and I say, “Oh, but I know how this speech operates, I know how this scene comes together,” but my first impulse should be, what is that story saying to us? And I think that’s really important…. I always feel like…I should be balancing while I do [my work], as opposed to saying, “Oh, there’s a WAY to do Shakespeare.” There’s no [one] way to do Shakespeare, there’s just possibilities, but you gotta know the text.

A: You were hired over the summer to come in, and that’s too late to start up any classes for this semester. So what have you been working on, or what are you going to be working on this semester?

KC: In terms of the search, it’s getting to meet and talk with everybody, faculty-wise, making sure that every person is understood in terms of what their ideas are or their teaching, because I think they’ve lost some sense of somebody paying attention. So I’m paying a lot of attention this semester. I’m reconstituting a Majors Committee for the students: I want to be able to meet with them at least once a semester, if not more. We’re gonna take them to lunch and we’ll talk through issues. I think that’s really very important to get that feedback and to constantly reevaluate the curriculum. At the same time, I’m trying to meet with everyone I possibly can on campus, so that I’m constantly sending out the word about what’s happening here. But at the same time, I want to make sure that we are aligning ourselves with the campus in ways that make sense, so I’m actually on my feet a lot. My door’s closed most of the time.

A: When you say that you’re aligning yourself, and the department, with other parts of campus, do you sense that the theater department was less aligned?

KC: I think that [it] was a little more isolationist than it needed to be. Because I think our work dovetails with everybody in some way, and I just want to make sure we don’t lose opportunities to find partners across the campus. We’ve been pretty good about cross-listed courses and things like that, but I’m looking for other things, where there could be the sense that we come together because there’s an idea we want to pursue, that might be a panel, a symposium, whatever. And if I can attach it to production in some way, that would be even more interesting.