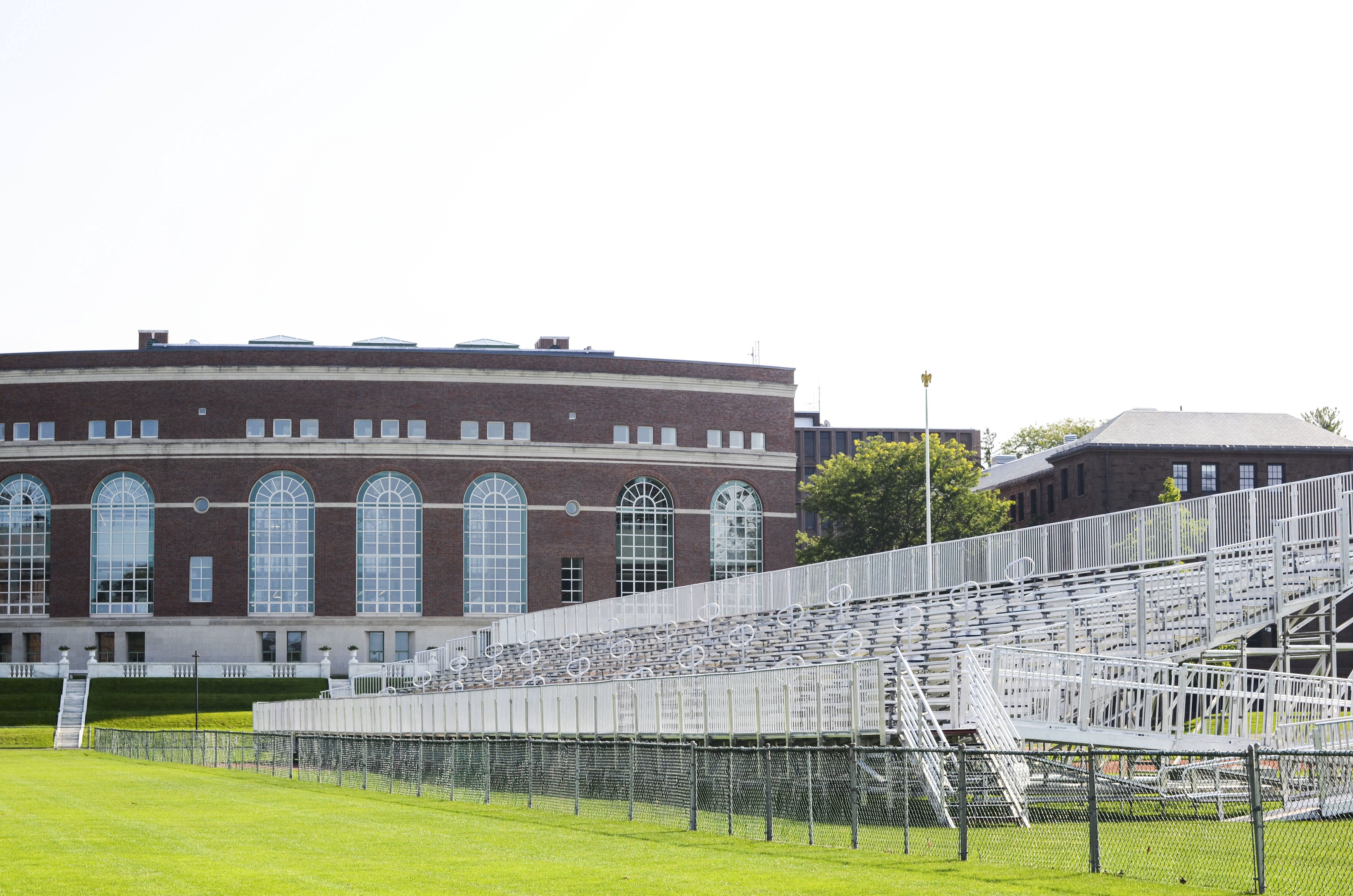 During a Wesleyan Student Assembly (WSA) meeting last May, President Michael Roth ’78 announced that the Board of Trustees had passed a resolution allocating money for a new hydraulic bleacher system for Andrus Field. The new system will replace the current bleachers purchased in 1993 and cost approximately $1.2 million.

“[The old bleachers] no longer meet building codes and became unsafe in large part because they were not designed for annual assembly and removal,” Dean of Finance Nathan Peters wrote in an email to The Argus.“The safety of all our students, faculty, staff, alumni, community, and visitors attending football games is paramount to our decision.”

The University has ruled that new bleachers are essential if football is to be played on Andrus Field, which is the oldest continuously used collegiate football field in the United States and a landmark almost as old as the University itself.

When the University first opened in 1831, it lacked organized athletics of any kind. The plot of land that sat behind North and South Colleges, often referred to as the “back lot,” was neither in the center of campus nor used by anyone except for the occasional cow. 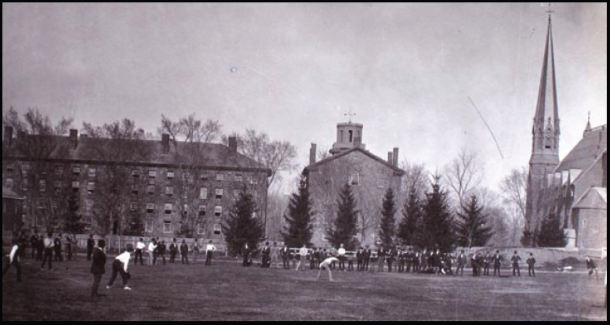 The use of Andrus as an athletic field dates back to 1881, 60 years after the University’s founding. While the football team has always used the area that is now Andrus, the field was once little more than a swamp used for a disorganized game with few established rules. As football began to evolve and the skill of Wesleyan’s team came to rival that of Big Three (Harvard, Yale, Princeton) teams, the demand for an adequate playing field grew.

President Stephen Olin led the alumni movement for a new athletic field in 1897 with the help of John E. Andrus Class of 1862, a wealthy New York businessman and later senator who provided the necessary $5,700 in funding. Development began that summer under the direction of Harlow “Doc” Raymond, a janitor tasked with creating a field worthy of Wesleyan’s emerging athletic prowess. Andrus Field opened the following May for a baseball game against the University of Virginia, where Wesleyan defeated the Cavaliers 6-4. A quarter-mile track was installed later that summer, and a grandstand was built four years later. The Methodists—the University’s athletic teams did not receive the “Cardinals” moniker until the 1920s—would go on to win two consecutive Triangular League football championships in the three years following the completion of the field, and again in 1946-48. 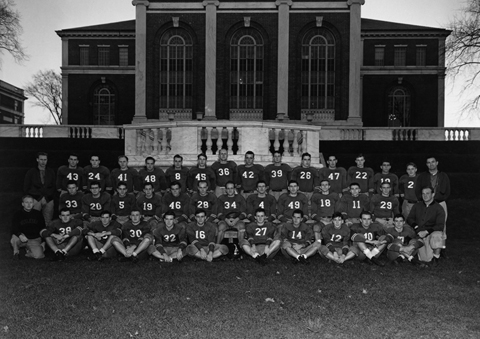 Over the years, there have been several debates over whether football should be played on Andrus. In 1927, the Board passed a resolution to relocate the football field to the newly purchased Alsop estate—now home to the Davison Art Center and the CFA—to avoid overcrowding in the center of campus. This plan never came to fruition, however, with the board ultimately deciding to abandon these plans and maintain the tradition of football on Andrus.

Last year, the University contemplated a move once again.

“We considered moving the football field to Long Lane but building a stadium would cost at least $10 million,” Peters explained.

While the cost of the new bleachers is steep, $1.2 million is little in comparison to the $10 million required to build a new stadium, as well as to the cost of the football fields at Little Three rivals Williams and Amherst, who spent several million on revitalization projects. Williams’ renovations, which cost them total of $22 million and was completed in 2014, included new turf fields, concession areas, a press box, and rest rooms, and a bleacher system seating 1,400 people. While the changes to Amherst’s Pratt Field were less extensive, they spent $12.5 million solely on stadium seating and a new press box. The bleachers currently lining Andrus Field are rentals, but the new bleacher system, set to be purchased next year, will last over 25 years, making their price around $48,000 per year.

As Peters noted, however, the most salient issue is not money but preserving the legacy of Andrus Field.

“[The new bleachers prevent] an end to a long Wesleyan tradition admired by many past and present members of the Wesleyan community.”