WSA Voices Concerns over Outside Scholarship Policy and Financial Aid 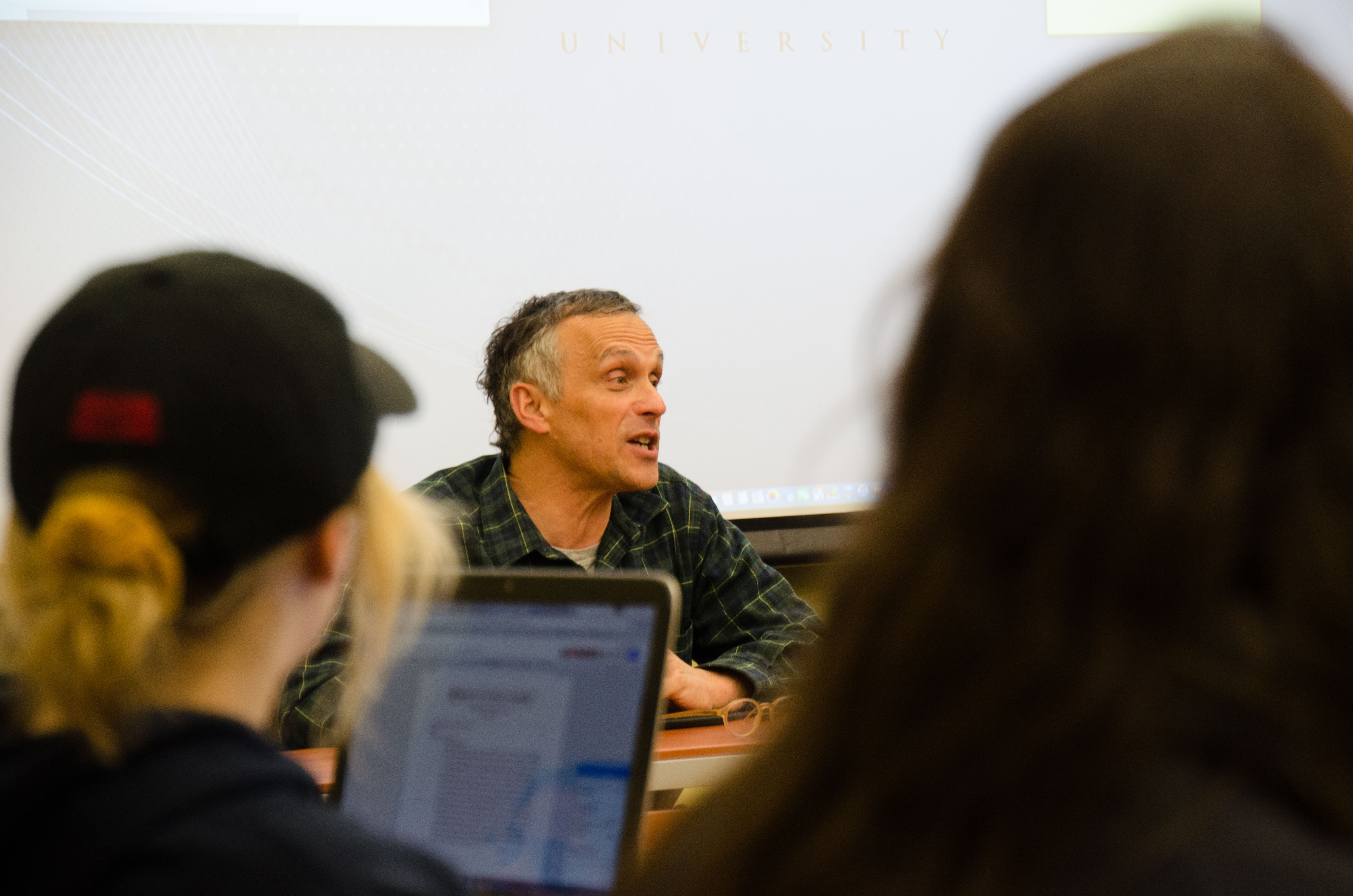 This week’s WSA meeting on March 6 included a special question-and-answer session with University President Michael Roth ’78 regarding his contract renewal and vision for his “Beyond 2020: Strategies for Wesleyan,” project, as well as the recent board of trustees meeting. A large portion of the discussion with Roth also focused on financial aid.

Roth opened the session by discussing his five-year plan for the University, which includes the enhancement of the Film Studies Department and the Center for the Arts gallery spaces, along with the eventual replacement of the Hall-Atwater Laboratories. He confirmed that he and the board passed several resolutions regarding these building projects—including a $1.2 million allocation for new bleachers—as well as a more pressing issue for many students at the University: tuition costs.

“There was a rather heated discussion of tuition [among members of the Finance Committee],” reported Roth. “I tried to defend the lower of the numbers, and successfully, in the end, it became one of those moments where…they said ‘Well, you’re the president and we shouldn’t overrule you on this.’”

The board agreed with Roth’s proposal of a 3.7 percent increase in tuition, though some members were hesitant to accept such a low figure.

According to Roth, as one trustee put it, “Why not make it higher? We can get away with it.”

This statement brought concern to the faces of many WSA members, who questioned Roth extensively on the subject once he opened the floor to inquiries. Anthony Price ’20 began by asking Roth about his vision for financial aid in the context of the “Beyond 2020” initiative.

“One of the financial aid issues that has come from students’ reports is the importance of improving the aid packages to the students who are here,” Roth said. “The danger of that, from my perspective, is, let’s say you have a hundred people on financial aid…I want there to be enough money for 125 people. But the hundred people might say ‘Well, we don’t need any more people, we could use more money, higher wages if we have jobs, have to pay less tuition if we have family contributions’….At a certain point, you could say ‘Well, let’s get rid of all loans for everyone,’ or we could have more people on financial aid. It’s difficult…it would be very helpful to get input from students about financial aid [and] facilities.”

Member of the Student Leadership Committee Chris Jackson ’20 followed up on Price’s question by asking about the University’s policy on outside scholarships.

“I know the way the policy works now…after a certain point, Wesleyan’s money given to scholarship students starts to decrease in an effort to save some of that aid so that it can be contributed other places,” Jackson said. “But in an effort to make Wesleyan more equitable and more accessible to people from middle-class families, what are the logistics that stop outside scholarships from not just being accepted? In my eyes, typically the kind of person who would be going for that scholarship is someone who needs it rather than someone who can afford to pay for Wesleyan.”

Roth responded by further explaining the formula for calculating need.

“I think the formula is just about meeting demonstrated need,” he said. “If I’m from a wealthy family and I win the Rotary Scholarship from Scarsdale High, or a middle-class family, it’s not going to be on top of my Wesleyan scholarship because the Wesleyan scholarship is supposed to meet my need. So if I get extra scholarships…the idea is not to be Scrooge-like, but if we say 34 percent of our revenue is going to be given to students with financial aid, we want to distribute it as fairly as possible. So if someone gets an outside scholarship, we’re not going to let that affect our aid calculations.”

Jackson, Aaron Cheung ’19, and Student Budget Committee member Alessio Larios ’19 were not satisfied by Roth’s response. The students emphasized that they understand the complexity of the situation and that they recognize the merit of Roth’s argument. However, they maintained that the situation is not as black and white as the administration makes it out to be.

“I honestly think that the people who work for those outside scholarships are the ones who need them,” Jackson said. “The kids whose parents are rich and can afford Wesleyan, they don’t need to do that….The way the policy works now, it hurts the people who are more likely getting the scholarships in the first place.”

For Jackson, Larios, Cheung, and many other students, the truth is that demonstrated need is an abstract concept. Often, the University’s estimations of students’ financial abilities do not reflect their economic realities.

As one student put it, the policy on outside scholarships serves as an incentive for students to be dishonest when reporting scholarship earnings, as the reduced aid wouldn’t be enough to cover their actual need and could also result in a loss of eligibility for work-study jobs. Those who are lucky can turn those scholarships into checks to fill the gaps in their aid package; in contrast, those who are unable to liquidate their scholarships usually suffer.

Jackson recounted the story of a student who had to exhaust a large amount of her savings because she was unable to use her scholarship to cover general expenses. She was also denied a work-study position, making it hard to find a paying job that could ease her financial burden.

“The way the policy works, she was not able to use [her scholarship] to buy school supplies or anything, so she had to use her own savings money to buy herself a laptop and books,” Jackson said.

Cheung proposed a scenario in which financial aid officers could meet students in the middle, allowing small scholarships to cover expenses that the University’s aid package does not.

“To have Wesleyan recognize that the sticker price of tuition and the actual cost of attendance and is, say $6,000 more, and to factor the price of a laptop into it would be good,” Cheung said.

“The simple solution is that the people in financial aid need to look at the context,” Larios said. “I know people like me have reached out to the Financial Aid Office and said ‘Hey, we need support’ and they were just like ‘Sorry, our hands are tied.’ That’s not acceptable.”

Erin Hussey can be reached at ehussey@wesleyan.org and on Twitter @e_riss.