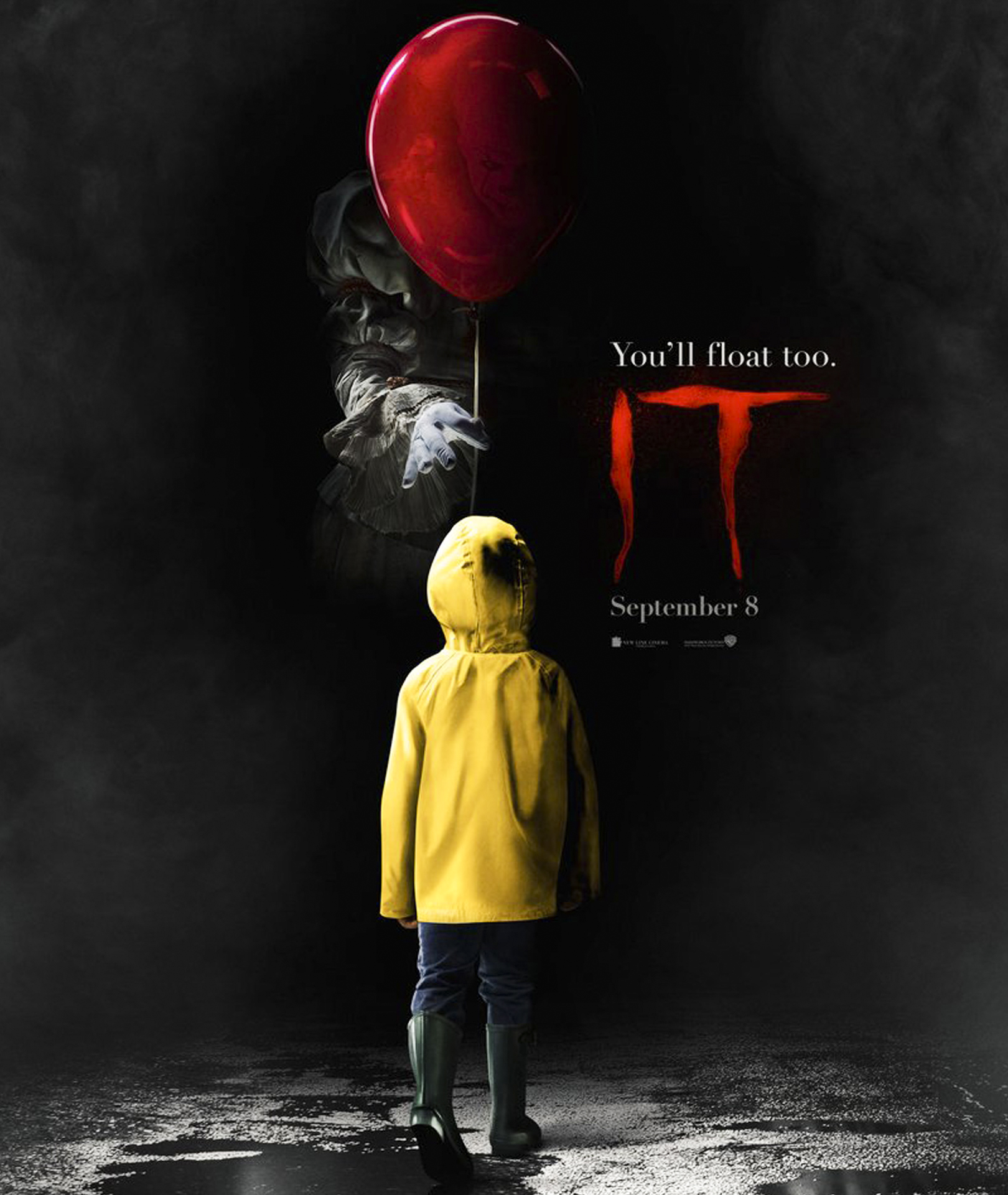 “It” is a great movie, but a frustrating adaptation. If you’ve read Stephen King’s “It,” you’re less likely to enjoy director Andrés Muschietti’s vision, who previously adapted the horror picture “Mama,” a film from which he shamelessly and disappointingly pilfers creature design. It’s perhaps possible that “It” is simply unadaptable. Besides “The Stand,” there is no King book that is as defined by its excess and the strength that excess lends. Muschietti’s adaptation certainly doesn’t shy away from that ambition (at least not to the extent of the 1990 ABC miniseries—an abominable, hideously lit piece of trash, rescued from deserved obscurity by Tim Curry’s fantastic vaudeville and drag-tinged turn as Pennywise the Dancing Clown), but it also doesn’t fully embrace it. As a piece of translation, “It” seems like a fundamental misunderstanding of its source material, a missed opportunity, and the closest thing we’ll likely get to the terror, sadness, and love that makes King’s novel such a brilliant and aching piece of horror fiction.

“It” defies easy summary, despite its often iconic imagery and gleeful nostalgia. The novel (which the film has decided to bisect and release in two parts) tells the story of the Losers Club—first as children, then as adults—doing battle with a cosmic, fear-eating entity in the fictional town of Derry, Maine. It is a shape-shifting remnant of an old unknown pocket of the universe, a Lovecraftian terror whose true form its human victims cannot even comprehend (the closest viewers and readers ever get is glowing orange orbs known as “The Deadlights”). This is some deeply geeky, intensely weird shit.

Its favorite form (as a lure for its child victims) is a clown known as Pennywise, who is described as looking like a mix of Ronald McDonald and Bozo. Played by Bill Skarsgård, Pennywise is reimagined in this adaptation as a sort of strange, gothic, openly demonic murder clown. That is to say, the redesign completely misses the point of who (or what) Pennywise is. This is not necessarily the fault of Skarsgård, who injects his performance with a manic and infectious menace. However, while Curry recognized that he was portraying a sort of seductress in clown form, it feels like Skarsgård is being directed to make Pennywise the Joker by way of a wolf. This is frustrating for both narrative and historical reasons. On the former front, it makes the decision of Georgie Denbrough (the younger brother of the protagonist Bill and It’s first onscreen victim) to chat with the sewer-dwelling Pennywise long enough that It has a chance to rip the eight-year-old’s arm off kind of baffling. Clowns are creepy. Clowns in sewers are creepy. Monster demon clowns in sewers are not the kind of thing anyone, no matter how young or dumb, is going to engage with. Historically, it also blatantly rejects why King decided to imagine his cosmic monster as a clown.

“It” was published in 1986, eight years after John Wayne Gacy’s spree of rape and murder ended. Gacy famously had a side gig as a party clown, and the horrific idea that the same goofy character you invite to your child’s birthday to entertain him and his friends might be quite literally getting off to the idea of slicing and dicing your kid was lurid and disturbing enough to cement itself in the public imagination. King seized on this and intensified it, making that killer clown into an actual god. Making Pennywise into an obvious monster deflates the horror of the Gacy myth. This clown would never get invited to a birthday party.

Most often, “It” suffers from what might appear to be small superficial changes that betray an honest misunderstanding of the story. For instance, in King’s original novel the characters encounter It for the first time in 1958, then facing the creature once again in the 1980s. However, the first chapter in the film (which only deals with the characters as children) has decided to move that first encounter to the 80s. Presumably, this is because, first of all, the second chapter can now occur in the present day, and, second of all, “Stranger Things”—a shameless King rip-off—made ’80s nostalgia hot again. However, this choice also stifles many of King’s discussions about race, class, gender, and sexuality, all of which are central issues within the book. Furthermore, dividing the novel in the way that the film chooses to do (a sin the miniseries also committed) fundamentally betrays the structure of the book, which intersperses the timelines chapter by chapter. This allows the parallelism of the characters’ child and adulthood to shine, highlighting King’s intense character work.

As a novel, “It” thrives in its epic, big-hearted, visceral weirdness. It’s horror as a fantasy epic, horror as a love story, horror as history, and horror as a cosmic tragedy. The decision to interweave timelines digs into King’s desire to explore how we age and grow, how loss and connection affect us, how we give and take, and how we hold onto pain. Even as the film takes King’s pre-teen characters as seriously as his work has always demanded, it still seems to miss what about them makes them worthy of such intense emotional scrutiny.

There is much to recommend in “It,” make no mistake. It’s visually resplendent (shot by Chung Chung-Hoon, Park Chan-Wook’s regular cinematographer), and emotionally richer than any horror film in recent memory. All of the actors turn in nuanced performances, and scenes (especially those staged in a house that looks almost comically haunted) are often wonderfully taut, merciless in their devotion to freaking the audience out. In fact, the film’s disregard of major elements actually sets it apart from other adaptations like Stanley Kubrick’s “The Shining,” a thematically faithful but superficially different film that King despises. King fans might balk at the suggestion that source fidelity is essential to a good adaptation, but “It” might be the first piece of King lore that needs to be as King-esque as possible, and the adaptation fails to capture the themes at the core of the novel, despite its mimicry of King’s superficial elements.

Strangely, however, there is a slavish devotion to many of the big moments in King’s book. It’s just slavish devotion to the wrong elements. While “The Shining” changes a great deal about King’s novel, it holds onto the thematic core that drives that book: the horrors of abuse and addiction and the lingering agony of the past. “It” takes the basic superficial themes of King’s novel without ever seeming as though it has a handle on the heart of the story. Furthermore, every major change feels unmotivated or lacking the substantial motivation to justify the harm this causes the retelling.

Adaptation is always a tricky business. Adaptations can rarely traverse mediums while still preserving everything about the original source. “It” doesn’t demand perfection. The story’s investigation of fear is almost entirely predicated on how phobia ruins us, while love offers redemption. Unfortunately, this latest attempt to bring King’s novel to the screen feels uncertain of how to discuss either fear or love with the depth that King knows far too well. The emotional and metaphysical heft has been abandoned, leaving a genre film that feels limited and adrift, relegated to the claustrophobic and small expectations of horror that King always fights to transcend. “It” confidently keeps its head above water. But, Georgie, it never floats.