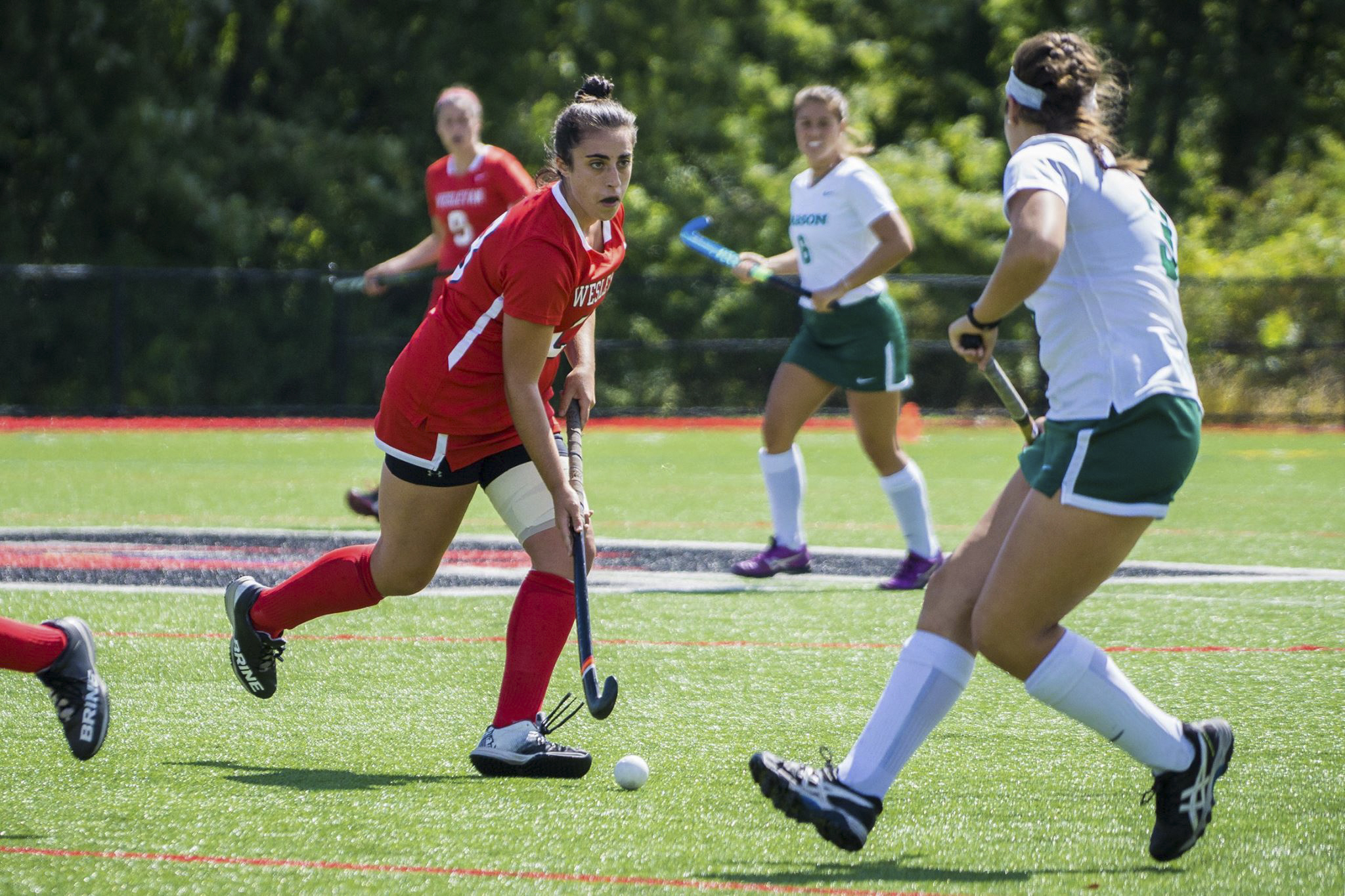 The field hockey team opened their season this past week with an even win-loss record, a solid mark they plan on maintaining but hope to improve on for the rest of the fall. From 2009 through 2013, the team consecutively qualified for the conference tournament and compiled three straight winning seasons from 2009 to 2011. Since then, however, the team’s gears have been jammed, and they have failed to stay above .500.

This year, that may all change. Cici Frattasio ’18, last year’s top scorer, has returned to the field to help try and dig the team out of their losing rut. Joining her are 14 returning veterans, including senior captains Tess Iannarone, Tierney Behles, and Brooke Hodgson. Iannarone and Behles will play on the offense along with Frattasio, while Hodgson returns to the backfield with strong senior defender Lily Ardente. Luckily for the Cards, the two are an experienced and formidable force, starting all 15 games last year.

On the come up are seven new players: six first years and one sophomore. These fresh faces have already made their faces known to their opponents during the first two games of the season. First years Nikki Gerjarusak, Amy Schaap, and Liz Colannino and sophomore Abby Manning made their team debuts on Tuesday, Sept. 5.

Tuesday evening started the women’s season off with a victory. Despite being far from home, the Red Birds fought their way to a 2-1 win against Roger Williams University in Bristol, RI. After a quick attack and goal from the Hawks, the Cardinals showed Roger Williams who was the better bird and netted two goals in the 12th and 42nd minutes.

Stellar performances came from none other than experienced top-scorer Frattasio, who reacted quickly to an Iannarone penalty corner, and sophomore Kayla Disibio’s shot on net. After her teammates got the ball rolling, Frattasio made the first goal of the season from point-blank range off the rebound.

In the second half, newcomer Gerjarusak announced her arrival to the team with the game-winning goal. Although the scoreline was small, the Dirty Birds finished the game with a 20-7 advantage in shots and a 10-4 lead in shots on goal. Frattasio led the charge with a game high of six shots, while Gerjarusak and Iannarone followed with four.

Unfortunately, like a phoenix that burns brightly but quickly, the script flipped for the Cards this past Saturday in a matchup against Babson College. The Red Birds’ home advantage faltered as Babson dominated the field in the first half, out-shooting Wesleyan 17-2. Despite this overwhelming attack, sophomore Delaney Wood managed to stop seven shots by the Beavers, giving Wesleyan a fighting chance as the team ended the first half with just a one goal deficit.

As the second half began, Babson picked up speed and scored a second goal. Wesleyan came back quickly as Ali Friend ’19 sent the ball Gerjarusak’s way, resulting in her second goal of the season. However, the one-goal margin slipped away as Babson took over the field, scoring three more goals and ending the game with a 5-1 victory.

While the game finished with a 28-5 Babson advantage in shots, Wood put forth a strong effort in goal for much of the game, making a total of nine saves. On the offensive front, Gerjarusak and Maddie Shea ’20 claimed responsibility for the team’s two shots on goal.

After a strong personal start to the season, Gerjarusak is excited for what’s to come.

“I’m really looking forward to improving together as a team and seeing where we can go this year,” she said. “We’re going to take it game by game. I think that the team is still getting to know each other on the field. We still have a lot to work on, but I believe we have a lot of potential to be a completely different team from last year. [We] want to keep up our positive morale and give every opponent a good fight.”

“We are taking one game at a time,” Ingraham said. “We are focused on what we need to do to perform well in every game. Each of our opponents is a new challenge, and we need to approach each team differently. Maintaining our game plan and playing to our strengths will help us be successful.”

When asked about the mixed results from the past week, Ingraham was hopeful.

“Despite the result of our game against Babson, we saw a lot of improvement in our team’s movement and decision making from our first game against Roger Williams,” she said. “We played two different style teams last week, and I felt we adjusted well while focusing on our strengths. The improvement we’ve seen over the past week is very rewarding.”