Unusual Success at the US Open 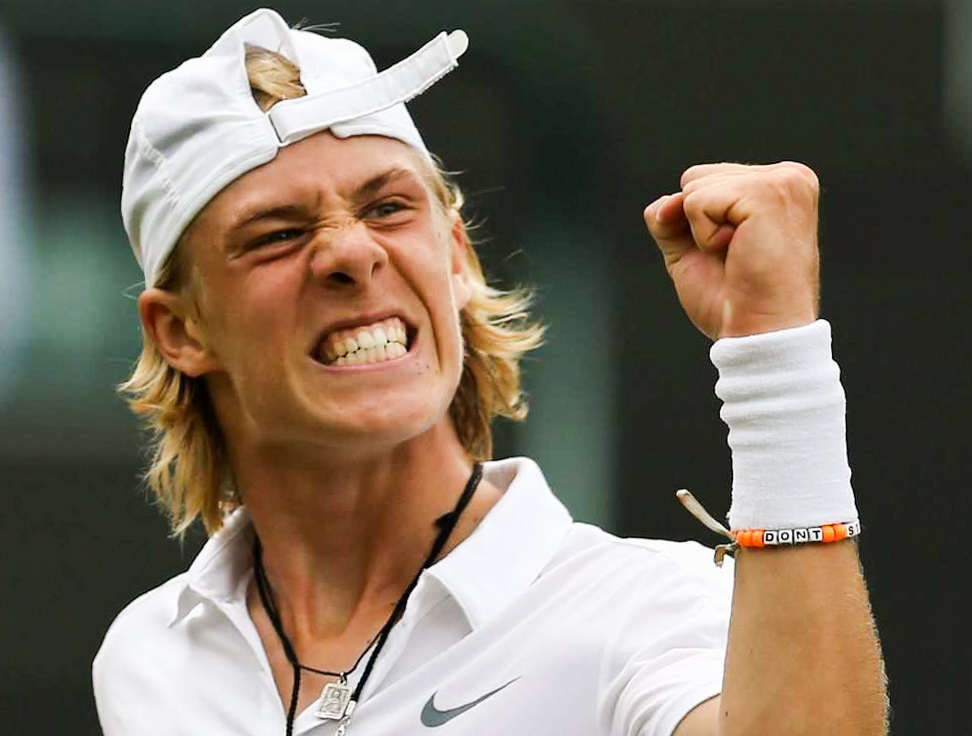 Thwick, thwack, aaaarrrrgggghhh, OUT, COME ON, uuggh, YES…. What’s that beautiful sound? The US Open tennis tournament, which has been going strong this last week with the exception of a few rain delays. But with a withdrawal of several major names, the tournament appears to be the breeding ground for a changing of the guard.

After former world number ones Rafael Nadal and Roger Federer both took the second half of the 2016 season off in order to recuperate from injuries and subsequently made the final of the 2017 Australian Open, the first slam of the year, questions started to swirl regarding the torturously grinding length of the season. With the first tournament, the Hopman Cup in Perth, Australia, beginning on 1 Jan., and the last, the ATP World Tour Finals in London, England, ending on 20 Nov., there is barely any offseason for top players to get some well-deserved rest and relaxation.

It comes as no surprise, then, that former world number one Novak Djokovic and three-time Grand Slam champion Stan Wawrinka both elected to skip the US Open and take the rest of the year off to recuperate from injuries (elbow issues for Novak, knee damage for Stan). In addition, former world number one Andy Murray also decided to withdraw from the US Open, citing a hip injury. It is unclear whether Murray will miss the rest of the season, given that his ailment has been a recurring issue throughout the year.

As a result of these withdrawals, the draw for the US Open has been rife with opportunities for young or otherwise less qualified players to advance deep into the tournament. One such youngster who has been taking the tournament by storm is Canadian 18-year-old Denis Shapovalov. A powerful southpaw with a lightning serve and a tight one-handed backhand, Shapovalov has been on the radar as an up-and-coming junior, but only the Oracle of Delphi could have predicted his takedowns of 2009 US Open Champion Juan Martín del Potro and then Rafael Nadal at the Rogers Cup in Montreal.

At the US Open, Shapovalov had to play three qualifying matches and consequently was at a disadvantage to his main draw competitors. However, he still made it to the fourth round, taking out the Frenchman Jo-Wilfried Tsonga and Englishman Kyle Edmund before ultimately losing to No. 19 in the world Pablo Carreño-Busta.

But don’t expect this success to hold up for too long. Shapovalov’s strength (and his weakness) is his inconsistency. There’s a Mark Twain quote regarding swordsmen. “The best swordsman in the world shouldn’t be afraid of the second best, but should instead fear someone who has never used a sword, because the expert is not prepared for them.” The exact same is true for players getting started on the pro tour, specifically Shapovalov. His game is very aggressive, although often at awkward or unusual moments. He frequently plays high-risk shots, decisions that would be considered poor for other players, but the Canadian is talented enough to pull them off. That’s what makes him so dangerous to these top-ranked players and to himself, as Carreño-Busta showed, shooting down the Canuck in three tight tiebreak sets.

What’s been said shouldn’t take away credit from Shapovalov, who clearly has demonstrated tremendous agility, speed, flexibility, power, and mental tenacity to compete and defeat these top players. Even with his winner-heavy game, taking down Nadal is an especially important achievement, since the Spaniard is regarded on the pro tour as the most grueling and punishing player to play.

But the kid Canadian is not the only player making an unusually deep run into the wide-open draw. 26-year-old Argentinian Diego Schwartzman has made it into the quarter-finals after overcoming 2014 US Open Champion Marin Čilić and dangerous Frenchman Lucas Pouille, who was voted the most improved player on the ATP Tour last year. What’s fascinating about Schwartzman is how his success comes in spite of his size–he’s only five foot seven.

Being one of the shortest players on the tour, Schwartzman should have very limited access to power and a relatively weak serve. In addition, as racket and string technology has developed over the years, players are putting more and more topspin on the ball, causing it to bounce higher and higher out of the strike zones of shorter players. Spaniard David Ferrer, who stands at five foot eight, has been hampered his entire career by weak shots and has been forced to make up for it through court movement, grueling grit, and fitness.

However, Schwartzman plays with a controlled aggression that nets him winners and forced errors, consistently taking time away from his opponents and always putting pressure on them. He takes advantage of short balls and uses his low center of gravity to absorb power shots from his opponents. There’s not one specific thing that Schwartzman does better than any other player on tour, but his height is his only distinct weakness, and there is no doubt that he often plays above it.

As the tournament continues onto its second week, the odds continue to be stacked against the short man from Argentina. Federer and Nadal appear poised to claim another Grand Slam title, but the year has taken its toll on both players, and neither is playing as well as they did in Australia. It’s ultimately unclear who will win men’s title this year, but what is clear is that it will be a punishing affair, much like this entire season.