The Argus Sits Down with First Winner of Hamilton Prize, Pratt ’21 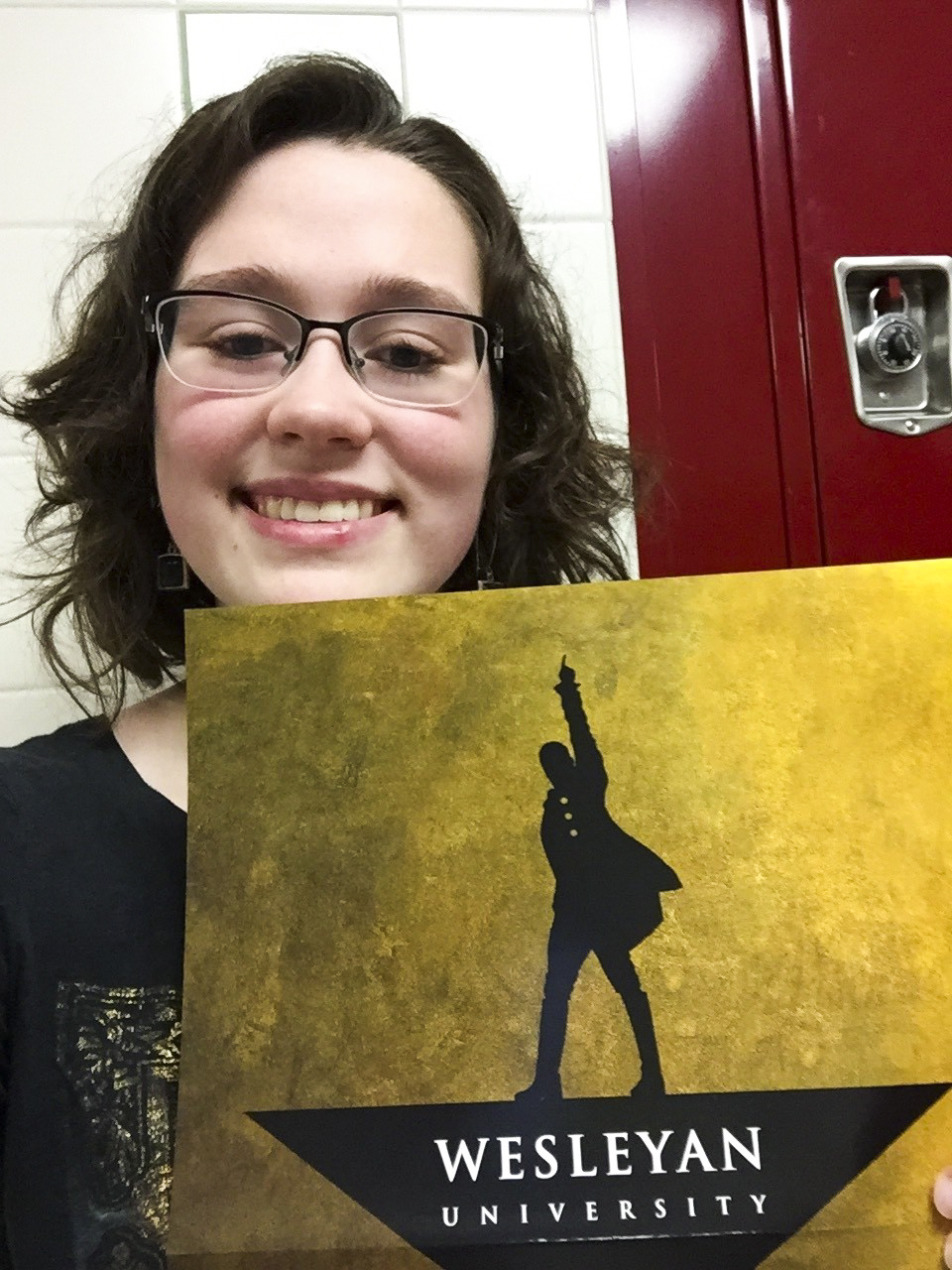 In a press release issued in June 2016, the University announced that it will annually offer a four-year, full-tuition scholarship called the Hamilton Prize for Creativity, named after the smash-hit Broadway show created and directed by Wesleyan alumni, Lin-Manuel Miranda ’02, Hon. ’15 and Thomas Kail ’99. The University began accepting the class of 2021’s submissions, which can come in the form of any written creative work that reflects the artistic qualities for which Hamilton receives praise. In May, a committee headed by Miranda and Kail chose Audrey Pratt ’21 as the first recipient of the prize. The Argus got a chance to speak with Pratt in her first days on campus about her prize-winning piece and her hopes for her time at the University.

The Argus: Hi Audrey, welcome to Wesleyan! Where are you from?

Audrey Pratt: I’m from Needham, Mass., a little suburb just outside of Boston.

A: What dorm are you living in this year?

A: What do you want to study?

AP: I’m definitely going to major in Neuroscience, and I would like to major in Film as well, or potentially the Writing Certificate.

AP: Obviously, I’m hoping to join one of the various literary publications on campus. Beyond that, I know Wesleyan has a very strong film community, and I’d like to both work on some of my own projects with my classmates and participate in some of the works that are being filmed and produced already.

A: Can you tell me about the piece you used in your application for the prize, “Thorns, Black and White”?

AP: It’s a short story that swings between dark fantasy, modern fairy tale, and surreal horror. I’d started writing it in freshman year of high school but never finished it until I decided to use it for the piece. It’s best described as being about forests, girls with antlers, and coming of age.

A: What was the application process for the prize like? Were you considering submitting a different piece?

AP: I was having a lot of anxiety in the beginning when I wasn’t able to produce a piece that I felt satisfied with—I was focusing too much on the broadness of the prompt and ended up suppressing my own perspective as a result. I picked [“Thorns, Black and White”] because it represented me in a way that felt truer than anything I’d tried to write with the scholarship constraints in mind.

A: Describe the moment when you found out you had won the prize.

AP: I had a moment of shrieking, followed by a swift apology for screaming in the caller’s ear. The rest was a bit of a daze—I woke up the next morning not entirely convinced I hadn’t dreamed it.

A: So Lin-Manuel Miranda called you to congratulate you. Can you tell me about that conversation?

AP: That was a miscommunication in an earlier interview—Thomas Kail called and encouraged me to take every opportunity I could. Lin and I DMed over Twitter. He had good life advice as well as good burger recommendations.

AP: I think it should be a representation of the kind of minds Wesleyan attracts by way of showcasing the work they produce. I hope this continues long, long after I’ve graduated—it’s a fantastic opportunity for so many.

A: What would you say to people applying this year for the class of 2022?

A: What does winning this prize mean to you? Do you want to continue writing similar pieces or working on other projects?

AP: Winning this prize was an incredible affirmation for me—yes, my work is worth continuing. Yes, I belong in a place like Wesleyan. I want to write more, and I feel confident to do so—I no longer have any excuse to sell myself short.