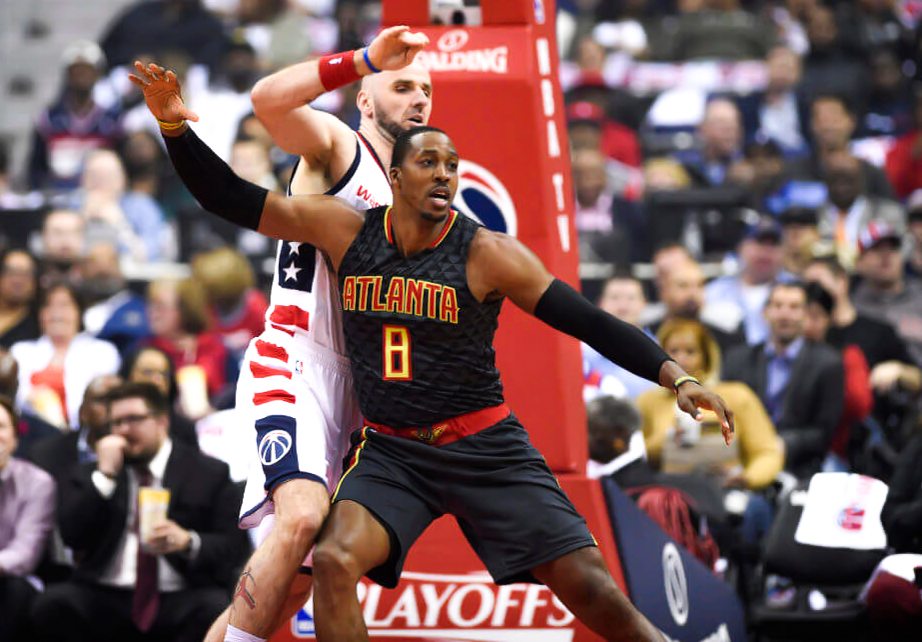 1. I think the future of baseball is bright, despite many thinking the contrary. The worry with baseball is the game’s dwindling popularity among adolescents and its slow pace of play. But because many of its youngest players are filled with overwhelming charisma, I really think that baseball’s future is extremely bright. What other professional sport can boast that they have double-digit mega-stars all under the age of 25? I’ll tell you, the answer is none. Major League Baseball has Mike Trout (just turned 26), Aaron Judge, Manny Machado, Bryce Harper, Kris Bryant, Carlos Correa, Francisco Lindor, Cody Bellinger, Miguel Sanó… I could keep going. I don’t think it’s a stretch to envision all those players making the Hall of Fame and they each still have a decade-plus left in their careers. Baseball alarmists, relax. The sport is in good hands.

2. I think it is time to judge Andrew Luck as an NFL quarterback and not as an up-and-coming prospect. When Luck came out of Stanford, he was lauded as the best quarterback prospect since John Elway, perhaps rightfully so. He had everything you could ask for in a young quarterback prospect. Now, entering his sixth season with the Colts, Luck is no longer a prospect. He is turning 28 in two weeks and should be in the midst of chasing Super Bowls. Instead, he is coming off consecutive 8-8 seasons in which, by almost all measures, he drastically underperformed. The frequent sentiment surrounding Luck and the Colts is that he has not been surrounded by enough talent; however, the job of a franchise-caliber quarterback is to elevate his team over such limitations. Instead of continually making excuses for Luck, it’s time to judge him based on his accomplishments in the NFL. For a quarterback with significant hype and supposedly top notch skills, I don’t think it is unfair to say thus far in his career, Luck has been a bit of a disappointment.

3. I think Dwight Howard is a Hall of Famer, but his career is full of “what-if’s?” What if he stayed in Orlando? What if he made free throws? What if the NBA’s rulebook had not evolved in ways that made Howard’s skill set limited? There is a plethora of questions surrounding him. While he will be enshrined in Springfield—he has multiple Defensive Player of the Year awards and is an 8-time All-Star—I think many would agree with me when I say that Howard ultimately underachieved in his career. For a player of his size and his athleticism, I do not believe it is a hyperbole to say that he had the chance to be right there with Kareem Abdul-Jabbar as the greatest center of all time.

4. I think the Timberwolves will be the most improved team in the NBA this year. I know I am not going out on much of a limb in proclaiming this, but I could see the T-Wolves finishing among the top four teams in the Western Conference. Jimmy Butler is criminally underrated as a two-way player; after LeBron James and Kawhi Leonard, he might be next in line when it comes to a player who can get his team a bucket in crunch-time while also shutting down the opposition’s top threat. I also really like the addition of Jamal Crawford for Tom Thibodeau’s team. Instant offense is tough to come by, and even at 37 years of age, that is precisely what Crawford provides. With Karl-Anthony Towns a year older, expect Minnesota to be firmly entrenched in the playoffs and a legitimate threat out West.

5. I think that with home runs across baseball increasing, the value of power hitters is (or at least should be) decreasing. It’s all about supply and demand: Since the supply of home runs is so high, those that specialize in hitting the long ball become devalued. While this may not be the case yet, I see this happening in the future. Let me try to better illustrate what I am saying. Giancarlo Stanton, one of the premier power hitters in baseball, is currently on a 13 year/$325 million contract. The Marlins paid him that because he was, and still is, an elite power hitter, as he has launched more than 250 home runs and is just 27 years old. But given the drastic increase in home runs league-wide, I think that if the Marlins could renege on Stanton’s contract, they likely would. It is no longer out of the ordinary for an average MLB player to hit 25 home runs. Because of this, those who hit 45 become inherently less valuable.

6. I think John Wall is criminally underrated. Yes, he has his shortcomings—his inconsistent jumper, propensity to turn the ball over, etc.—but the Wizards’ point guard is incredibly valuable to his team. He led a Washington team to within one game of the Eastern Conference Finals with a sub-par supporting cast. Wall also upped his scoring by more than three points, while finishing second in the NBA in assists. If Kyrie Irving and Wall swapped roles, I think the Wizards might fall off a cliff. That is not so much a condemnation on Kyrie as it is a praise of Wall. The Wizards’ All-Star covers up a lot of the team’s flaws and doesn’t receive enough credit in doing so.

7. I think Amari Cooper will lead the NFL in receiving yards this season. Antonio Brown, Odell Beckham Jr., and Julio Jones get all the shine and recognition as the league’s premier wideouts (and rightfully so), but Amari Cooper belongs right there with them. The Raiders receiver will erupt this season. In both of his first two seasons, Cooper tallied over 1,000 yards. With Derek Carr and his top pass-catcher on the same wavelength, I expect Cooper to erupt this season, with his statistics landing somewhere in the neighborhood of 100 receptions for 1,500 yards and 12 touchdowns.

8. I think Jameis Winston, when it’s all said and done, will be a Hall of Famer. Bold? Yes. Crazy? No. Winston’s talent is undeniable. He can make all of the throws. What has been questioned, however, is his maturity and leadership. After watching the first few episodes of “Hard Knocks”, I really think Winston has the intangibles. His teammates absolutely love him and are willing to go to war for him. As a quarterback in the NFL, that is just as important as having all of the tools. Winston is going to be a special player in the NFL, so special that he will eventually be enshrined in Canton.

9. I think the Patriots are going to win the Super Bowl again. Tom Brady and company won the Super Bowl last year and somehow managed to drastically improve this offseason. Adding Brandin Cooks gives Brady a receiving threat that he hasn’t had at his disposal since Randy Moss back in 2007, when the Patriots finished the regular season undefeated. Cooks wasn’t the only addition to the Pats’ offense. They also acquired Mike Gillislee and Rex Burkhead to round out a backfield that already has a dual-threat in Dion Lewis, and traded for tight end Dwayne Allen to compliment Rob Gronkowski. On defense, the Patriots added Stephon Gilmore, a Pro Bowl cornerback, who is quite familiar with New England after spending the last handful of seasons in Buffalo, N.Y. For a team that is coming off of a Super Bowl victory and has the best coach in the history of the game on their sidelines, the Patriots could have just kept to the status quo and likely still would have been favorites in the AFC; however, by adding so many high-impact free agents and making a couple of trades, I cannot imagine a scenario in which New England doesn’t repeat as Super Bowl champions.

10. I think Anquan Boldin should have played one more season. Doing so would have drastically improved his chances of making the Hall of Fame. Boldin currently has 1,076 receptions, which places him ninth all-time. Good? Sure, but had he played one more season and had he caught 27 passes—which is less than two per game, I might add—he would have catapulted himself to fourth all-time on that list, making himself a near lock for Canton. I went back and looked at Boldin’s career and found something else that I hadn’t realized previously. Over the course of his 14-year NFL career, I think he was objectively the best receiver on his team in only three seasons. In Arizona, there was Larry Fitzgerald, in Baltimore there was Derrick Mason and then Torrey Smith, and in Detroit there was Golden Tate. His three-year stint with the 49ers was the only team he was on in which he was the clear-cut number one option, and Michael Crabtree was a close second. This is not to diminish Boldin, but to further emphasize why he should have stuck around for one more season and padded his stats.