May 15, 2017, by Jenny Davis, Jake Lahut, Executive Editor and Editor-in-Chief 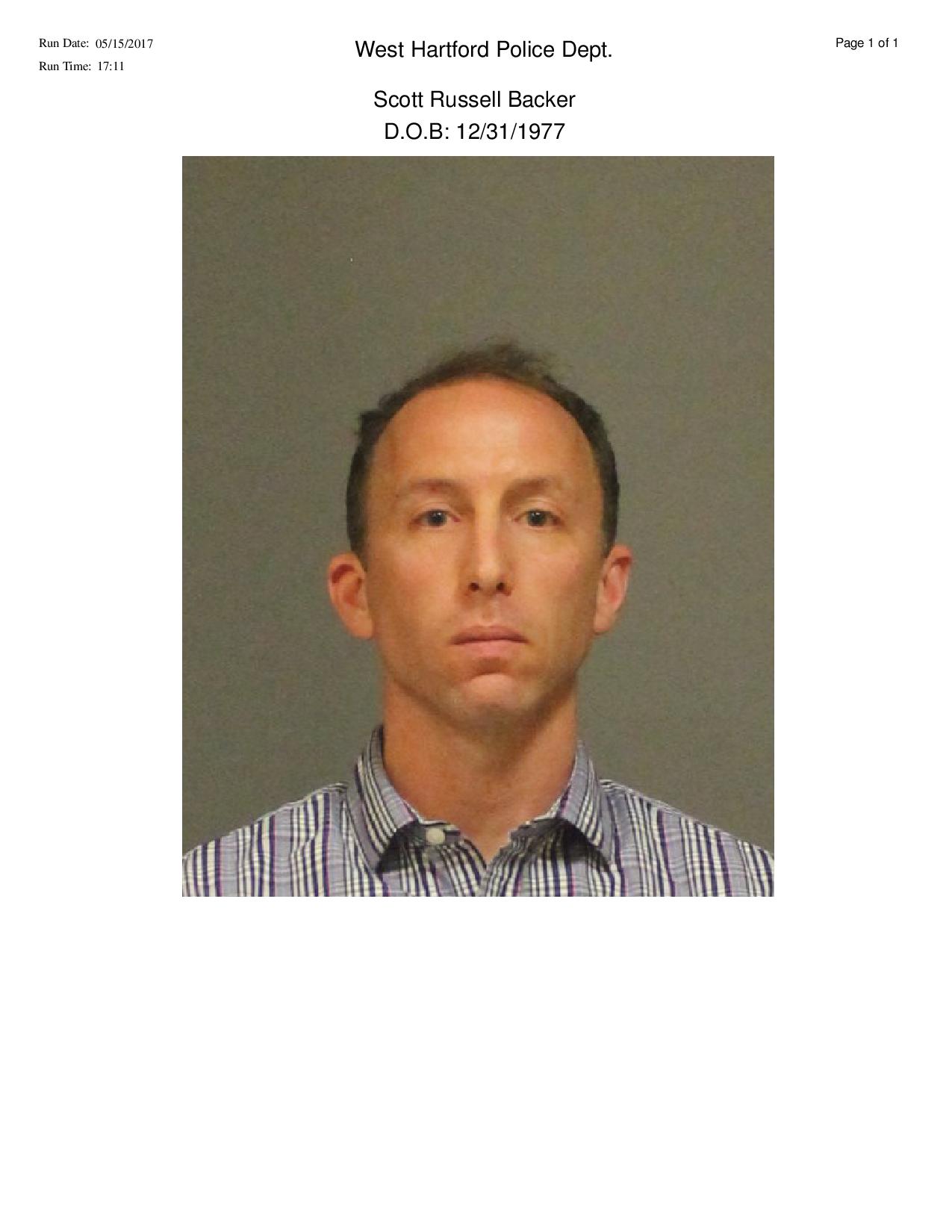 Almost a year after his dismissal from the University for not disclosing his history of sexual misconduct at his prior school, former Associate Dean of Students Scott Backer was arrested on Monday, May 15, in West Hartford for allegedly propositioning someone whom he believed to be a minor—but was actually an adult male—over the anonymous application Yik Yak. Backer currently resides at 136 Webster Hill Boulevard, about a block and a half from Webster Hill Elementary. The former dean played an integral role in the University’s sexual assault adjudication process, playing either a judicial or supervisory role in every case upon his promotion to associate dean.

In January, Backer allegedly used Yik Yak to communicate with a person he then believed to be a 15-year-old girl, according to police. After arranging to meet at a Walmart in Cromwell, Conn., Backer was instead confronted by an adult male behind the account, who taped the encounter and asked Backer why he’d wanted to have sex with a minor.

In a recently surfaced YouTube video taken from the sexual predator watch site Pop Squad, Backer is approached in the Walmart in the girls clothing section. The man holding the camera accosts Backer, who used the pseudonym Shawn while chatting with a girl he thought was named Emily. According to the man with the camera, Backer sent pictures of his penis to the man posing as a 14-year-old girl.

“So we can have a conversation–why you wanted to come meet a little girl, or I could just pass this over to the cops,” the man with the camera says. “Sending dick-pics to a 14-year-old! You really want me to embarrass you like this?”

Backer, who was employed by the University from 2007 until June 2016, was found to have solicited another minor during his tenure at the Vermont Academy. Despite effectively terminating Backer, the prep school gave him positive letters of recommendation when he applied to Wesleyan, part of a pattern exposed by The Boston Globe’s Spotlight team, where perpetrators of sexual misconduct were shuffled around New England boarding schools in a manner similar to the Catholic Church.

In October, The Globe published an article in their series “Private Schools, Painful Secrets.” Only then did Wesleyan students find out the reason behind Backer’s dismissal. The former dean’s past sexual misconduct was previously withheld by the University because of human resource norms. According to President Michael Roth ’78 in a subsequent interview with The Argus, the decision to withhold the reason for Backer’s firing was difficult, and ultimately contingent upon an audit by the law firm Pepper Hamilton.

Nevertheless, the delayed discovery of Backer’s past prompted a wave of campus activism, tackling issues such as rape culture, sexual assault policy, and administrative transparency.

Backer was arrested at his home Monday afternoon and was released by Tuesday after posting $150,000 bail, according to the Courant. West Hartford Police Detectives were unable to be reached for comment as of the initial publication of this story because their shifts for the day were over. The arrest was conducted by Sergeant Anthony Anderle, who subsequently referred The Argus to the department’s press release.

Ronni Newton of we-ha.com and Rebecca Lurye of the Hartford Courant first reported on the story, with Newton being the first to connect Backer’s arrest to his terminations over sexual misconduct at Wesleyan and Vermont Academy.

Jenny Davis can be reached at jdavis02@wesleyan.edu.