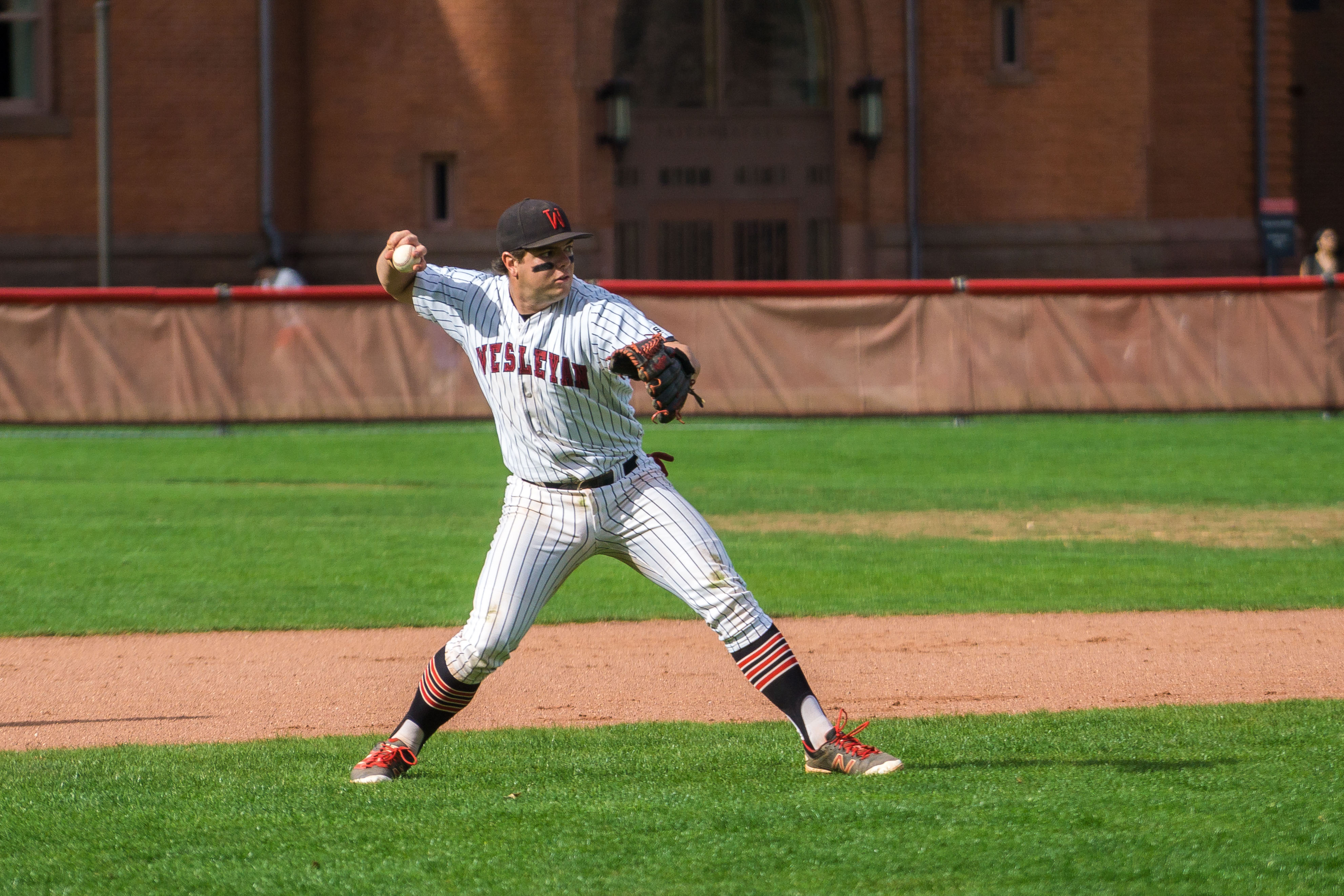 The Cards lost to Amherst this past weekend in a heart-wrenching 1-2 series that left the Little Three title in the Mammoth’s hands. The rivals met for the first time this season on Friday at Dresser Diamond, where the Purple and White delivered a stinging 11-1 win. The Dirty Birds then followed Amherst north to fight for redemption in a doubleheader on Saturday. That morning brought success, with the Birds mounting a comeback in the final inning to squeeze out a 7-6 win. But the comeback fell just short in the following game. The Red and Black fought valiantly, but their opponent rallied for three in the bottom of the eighth to take the game, the match, and the three-way rivalry outright. Wes went on to lose 7-4 on the road to Massachusetts Institute of Technology on Tuesday before a cathartic and well-deserved 10-0 throttling of Western Connecticut State University on Wednesday at home.

The Cards faced a turret at the plate Friday at Dresser. After the first two innings passed scoreless, the Mammoths settled into an offensive rhythm where they scored constantly from the third to eighth innings, highlighted by a four-run surge in the seventh. Alec Olmstead ’20 slugged one over the left-center field fence for Wesleyan’s only run of the game and his first home run of the year.

The first game the following day looked equally bleak, as Amherst jumped to an early lead with a three-run rally. But then in the fifth, Ellis Schaefer ’17 ran home off of an errant throw to put Wes on the board. Matt Jeye ’18 and Ryan Earle ’19 followed with RBI doubles to even out the score at three a piece.

Some strategic play by the Redbirds brought two more runs home in the fifth. Will O’Sullivan ’17 managed to drive a run in with a bunt single, which rattled Amherst’s infield. Jonny Corning ’20 then scored off a fielder’s choice from Jeye.

The Purple and White responded swiftly, driving in three between the fifth and sixth innings. At the top of the final frame—the first game of the doubleheader only being seven innings—Earle came to the plate with his team down by one. He did not disappoint, launching a two-run homer that would win the game by one and go down as one of the highlights of the season.

Amherst once again took an early lead in the afternoon game, scoring two in the bottom of the second. Wesleyan fought back to take the lead in the fourth. Earle, who proved a key hitter throughout the whole series, hit an RBI single that Nick Miceli ’17 followed with a two-run double.

This would be the end of the Cards’ success at the plate, however. The innings peeled away scorelessly with superb pitching from Olmstead until the bottom of the eighth. Here, the Mammoths went on a three-run rally for a 5-3 win. 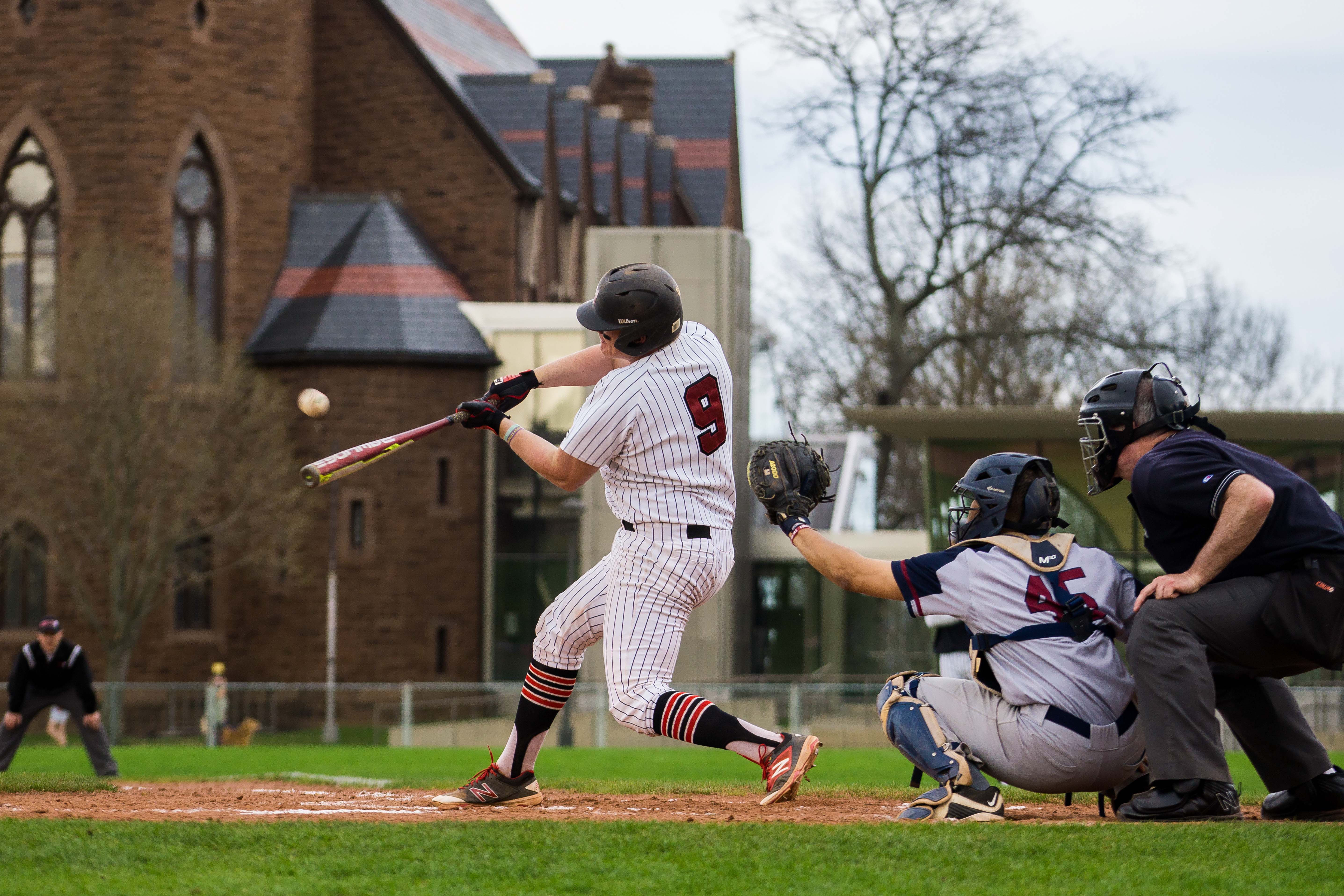 “I am really proud of the guys for how they played on Saturday with their backs against the wall; Ryan Earle’s home run was one of the great all-time Wesleyan baseball moments,” said head coach Mark Woodworth ’94. “And for him to finish it on the mound—with a little help from an amazing diving play from Jonny Corning—was thrilling. Alec Olmstead was fantastic on the mound in the second game, and he and the entire team left everything on the field. It’s a credit to the team’s camaraderie and bodes well for the future of the program.”

This sentiment was not simply one voiced by a hopeful coach, but also felt by the team as a whole.

The Cards now stand at an 18-14 overall record but have fallen to 5-6 in the NESCAC, dropping them to fourth place in the Western division standings.

“I think everyone on the team knows that we are much better than our record shows and will use that as motivation for the guys coming back next year,” said star pitcher Mike McCaffery ’19.

As the season grinds to a finish, the team gears up for one last rivalry matchup in a doubleheader away against Trinity on Saturday. The team must sweep the Bantams if it holds any hope for a postseason berth.