“Z” a Vibrant, Nuanced Account of the Life of Percy Fawcett 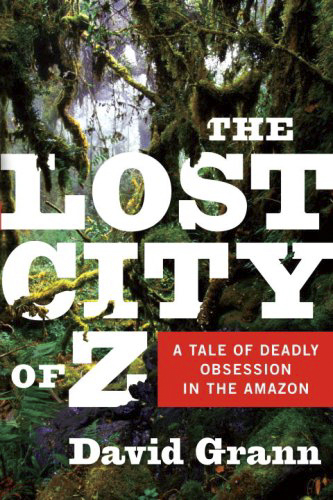 “The Lost City of Z” is sprawling, dense, and lush; overflowing with rich, carefully shot textures and sequences of brilliant, beautiful tension. It often seems to overflow, projecting beyond the borders of the screen and spilling into the theater like rampant jungle foliage. Even in its moments of quiet and contemplation, the picture hums with such orgiastic energy that one can’t help but be riveted. It’s potentially the best film of the year so far, certainly on a purely cinematic level.

Directed by James Gray (who also made 2013’s “The Immigrant,” which was woefully ignored by all but critics) and based on David Grann’s 2009 book of the same name, “Z” is the relatively true story of British surveyor Percy Fawcett (played by a never better Charlie Hunnam), who, after discovering shards of pottery deep in the Bolivian jungle, organizes an expedition to find what he believes to be a lost Amazonian civilization.

But to say this is all the film is interested in would be a lie. The film spans much of Fawcett’s career, including his service in the First World War following the failure of his first expedition. In many ways, the film’s central concern is the deterioration of the myth of European superiority and civility, juxtaposing the colonialist attempts of the British and others to chart and control the world beyond Western Europe with the violence of war and racism that underpinned the myths of white supremacy. In his quest to find the city of Z (pronounced “zed”), Fawcett seeks to undo the notion that the greatest and grandest civilizations were those built by white men, attempting to reshape history to make space for those peoples his fellow explorers and countrymen would write off as illiterate and disorganized savages.

Gray is wise to not present Fawcett’s mission without acknowledgement of the racism that defined the narrative of great European exploration. Even as Fawcett works to humanize various native tribes in the eyes of his comrades, he does so almost condescendingly. He too is a racist, and his benevolence does not excuse him. The notion that it is the duty and the right of Europeans to discover this Mesoamerican civilization—to intrude into the lives and space of others, even with self-regarded good intentions—is constantly underscored. There are few, if any, depictions of the “noble savage,” though the film sometimes stumbles, exoticizing the people it wishes to humanize. Perhaps this is a result of Gray unintentionally blurring the perspective of the film and the perspective of its characters, but it remains the picture’s primary weakness.

Ultimately, though, Gray does a marvelous job of taking the worn cliche of Europeans as the “true” savages and deepening it. The filmmaker delves into the ways in which narratives of exploration treat so-called exotic locations as blank canvases upon which white writers and travelers projected their desires and preconceptions. As he prepares to charge out from a trench into machine-gun fire, Fawcett presses a sketch of the jungle to his forehead, as though it were some oasis of pure tranquility into which he might escape. It’s a brief but profound moment, brimming with a subtle criticism of how Fawcett is exploiting the jungle and its resources, much in the same way as his more openly brutal counterparts. Though he may not be plundering the land for rubber or other resources, he is indeed mining the Amazon for some sort of emotional solace, unable to see the rainforest as much more than what he needs it to be in order to validate himself and his ideas. When he fights with colleagues to defend native tribes’ capabilities and achievements, his self-righteousness belies the fact that much like the colonizers who sought to “civilize” the “New World,” he too is certain that he is rescuing the forest’s inhabitants, bestowing on them a dignity they apparently had not already achieved on their own.

It cannot be overstated how much the film is further elevated by its cinematography, which accentuates each color and plane with a confidence and sensitivity lacking in many films. “Z” is a picture designed to be watched on the largest screen possible, an immersive collage of wide open spaces and tight claustrophobic pockets. The camera captures each and every tone and texture with an astute recognition of its specific importance to the whole of the movie, whether in the offices of the Geographic Society to which Fawcett belongs, the filthy trenches of the war, or the wide and seemingly endless sweep of the river along which Fawcett and his team travel. As a result, the film feels both lyrical and naturalistic, investing its world with emotion and meaning in the way of “The Thin Red Line.” It feels as though the setting and the characters are in constant dialogue, speaking to one another just as eloquently as the characters might with each other. Simultaneously painterly and symphonic, Gray devises a film in which every element seems to vibrate and ache.

Besides colonialism, perhaps the other overarching concern of “Z” is the futility and desolation of Fawcett’s attempts to remake the world as he needs it to be. What begins as a mission to add nuance and truth to the history of the Amazon slowly morphs into a desperate quest to find meaning during a time when social and cultural notions were crumbling in the wake of chlorine gas and the fracturing of empires.

On his final expedition back to Z (on which he takes his grown son, played by an understated Tom Holland), Fawcett exudes a sort of fatalism. Whether it’s that he’s certain he’ll perish or once again return empty handed, Gray does not tell us. Still, one gets the sense that Fawcett knows this all must come to an end, one way or another. When he finally makes peace with this, Gray concludes Fawcett’s journey with one of the most beautiful sequences in recent memory: a drugged-out and dreamlike ode to everything that’s come before.

“The Lost City of Z” is a truly remarkable film; the sort of bold and self-confident cinema that rarely exists anymore on such an epic scale. It gathers so many ideas into its arms and hoists them without any sense that they might weigh the picture down. By the end of the tale, the viewer is mesmerized, swallowed by the historical and emotional labyrinth of which Fawcett was ultimately unable to make sense. Lucky for audiences, Gray’s expedition fares much better.