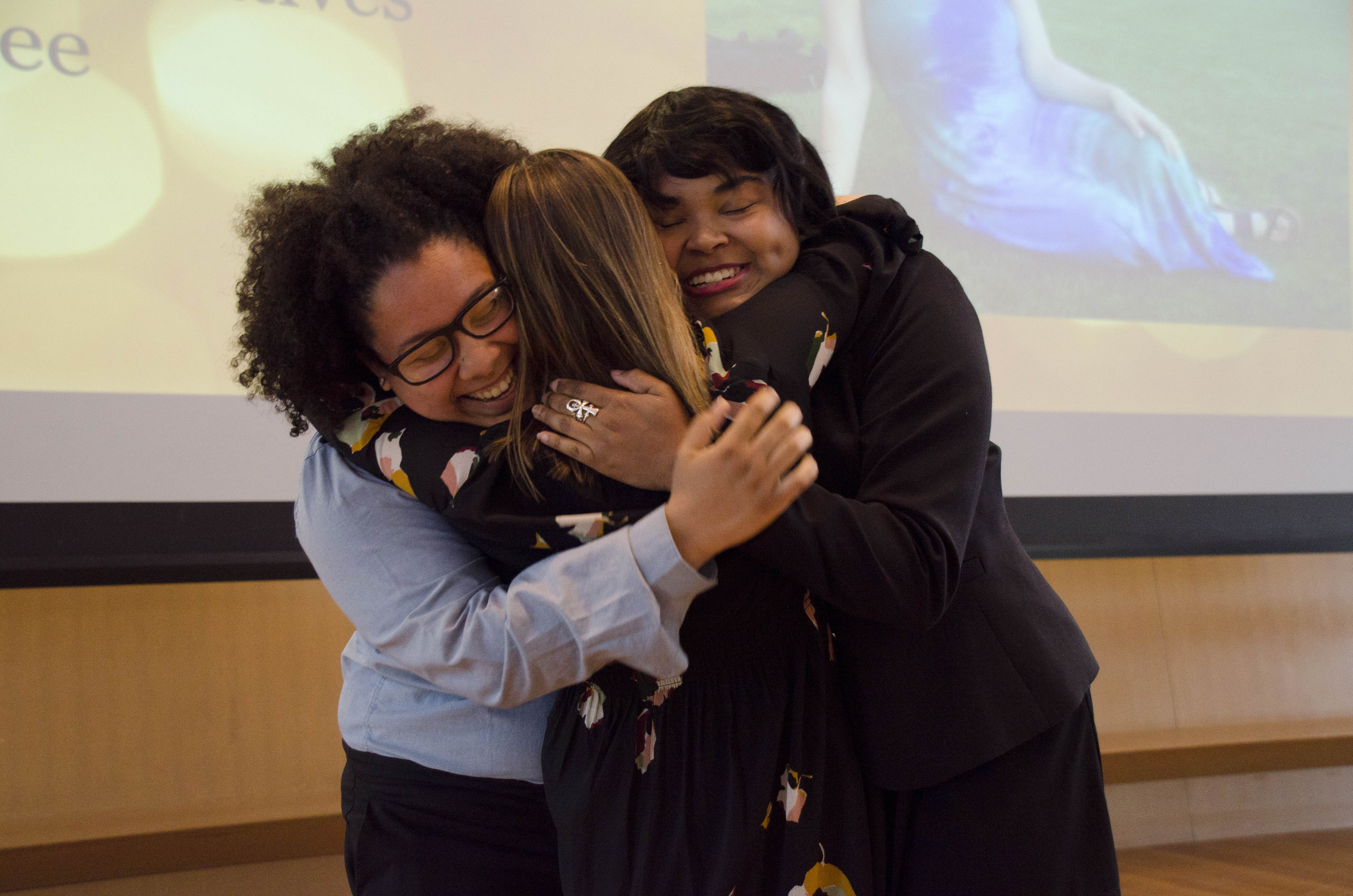 Seven students, an alumna, and a special faculty member were honored on Sunday for their championing of diversity and social justice as part of the sixth annual Edgar Beckham Awards.

“The Edgar Beckham Awards celebrate the legacy of the first Black Dean of College at Wesleyan, Edgar F. Beckham, by recognizing those from the Wesleyan community who dedicate their lives to social justice work,” the program for the event read. “Just as Dean Beckham developed a tradition of diversity, inclusion, and social justice, so [do] the recipients of these awards….”
The honorees were selected from a pool of over three dozen nominees for their exemplary work on campus. The nine chosen recipients were Rachel Kaly ’17 (Excellence in the Arts), Melisa Olgun ’20 (Foot in the Door Award), Belén Rodriguez ’19 (Excellence in Environment Justice), Lydia Ottaviano ’17 (Excellence in Community Partnership), Sallomé Hralima ’02 (Alumni Achievement Award), Tracey Stanley (Faculty/Staff Excellence Award), Kati Young ’19 (Excellence in the Sciences), Sara Wallace-Lee ’18 (Campus Inspiration Award), and Rebecca Hutman ’17 (Senior Legacy Award). Along with the attendees, the honorees were treated to a three-course meal during the ceremony, which created a formal yet friendly atmosphere. Winners sat with their families and friends, cheering on those presented with the other eight awards.
The ceremony opened with a welcome from the planning committee, chaired by Khephren Spigner ’18.
“As we recognize those who are doing important work, we must also acknowledge that this comes out of the larger systemic injustices that we face today,” said Daniela Estrada ’20 during the committee’s opening. “Tonight’s award recipients are reflections of the struggle to which we all must be committed: the struggle for liberation in all forms, from colonial forms of oppression, horizontal liberation, to sexual, social, and total forms of liberation.”
Before accepting their awards, recipients were individually introduced by the person who nominated them. Each nominator spoke to the talents of their friends or colleagues, highlighting not only the important work they do, but also the characteristics that separate them from the crowd. 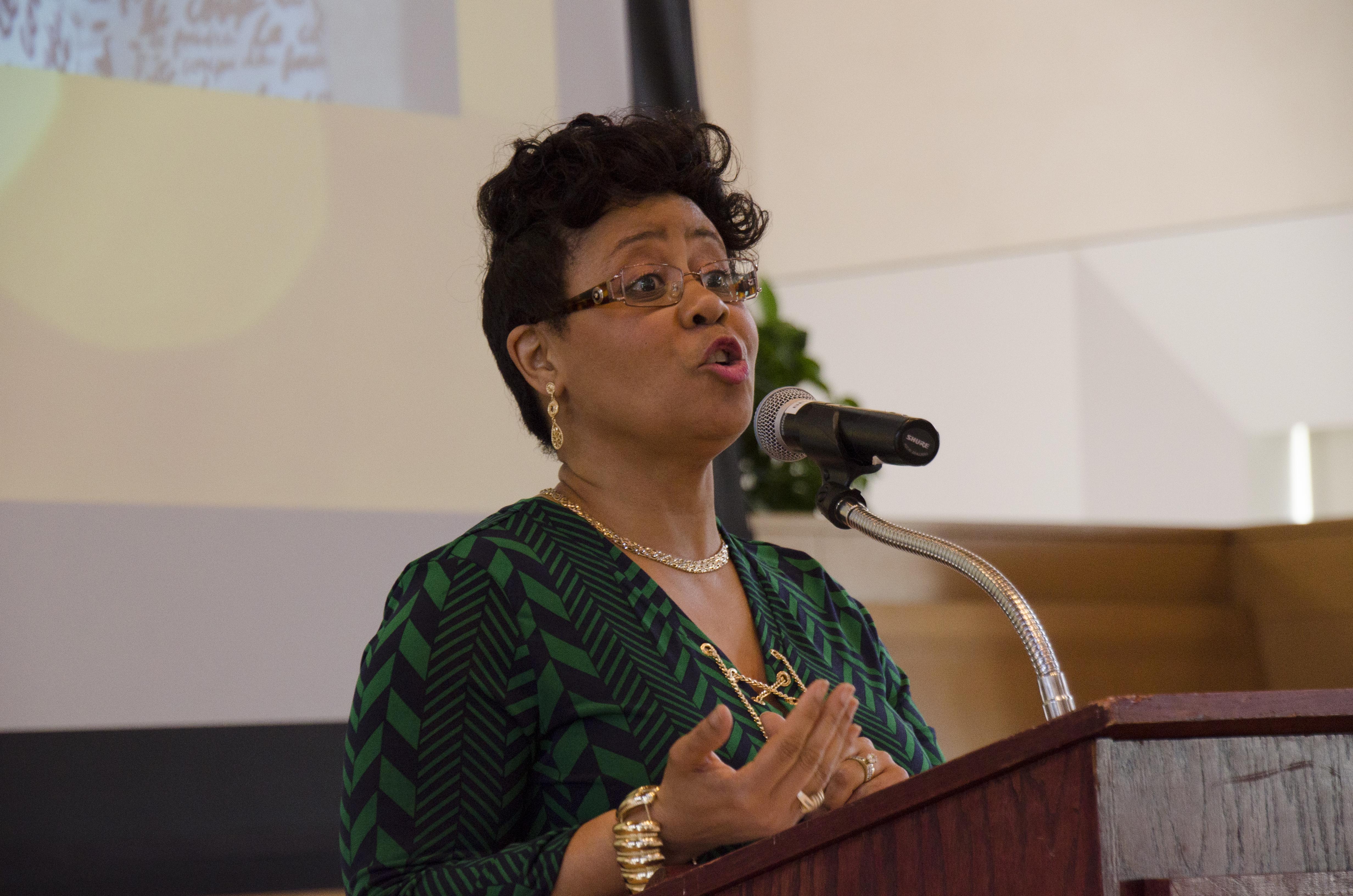 “The first thing that struck me about her was her energy, her passion,” said Eli Solomon ’20 of Olgun. “The passion that first impressed me is imbued into everything she does, all of which contributes to making the world a better place.”
Young expressed similar praise when introducing Rodriguez.
“This is just the beginning of awards ceremonies for you,” Young smiled, addressing her friend. “The is just the beginning of communities trying to find small ways to honor you for the mountains that you move and the systems and structures that you dismantle.”
Later that night, Young won her own award. She began to cry as she read her speech. On a night dedicated to celebrating her, Young decided to give the spotlight to someone else, a friend whom she thanked for all of her successes.
“Leah Cabrera [’17], please stand,” Young beckoned. “I’ve learned so much from you and the doors that you have opened and the way that you have stuck with me day after day after day by my side, I can’t thank you enough.”
Despite all that she has accomplished, Young remained modest, acknowledging the work of the people around her instead.

“It’s an incredible blessing to be a part of a community where there’s so many leaders and so many people that invest in our community,” Young said. “I think that as you look through the slideshow of all the nominees, you can see that there are so many people that are deserving of recognition for the work that they do, and I feel incredibly honored and blessed to have been selected.” 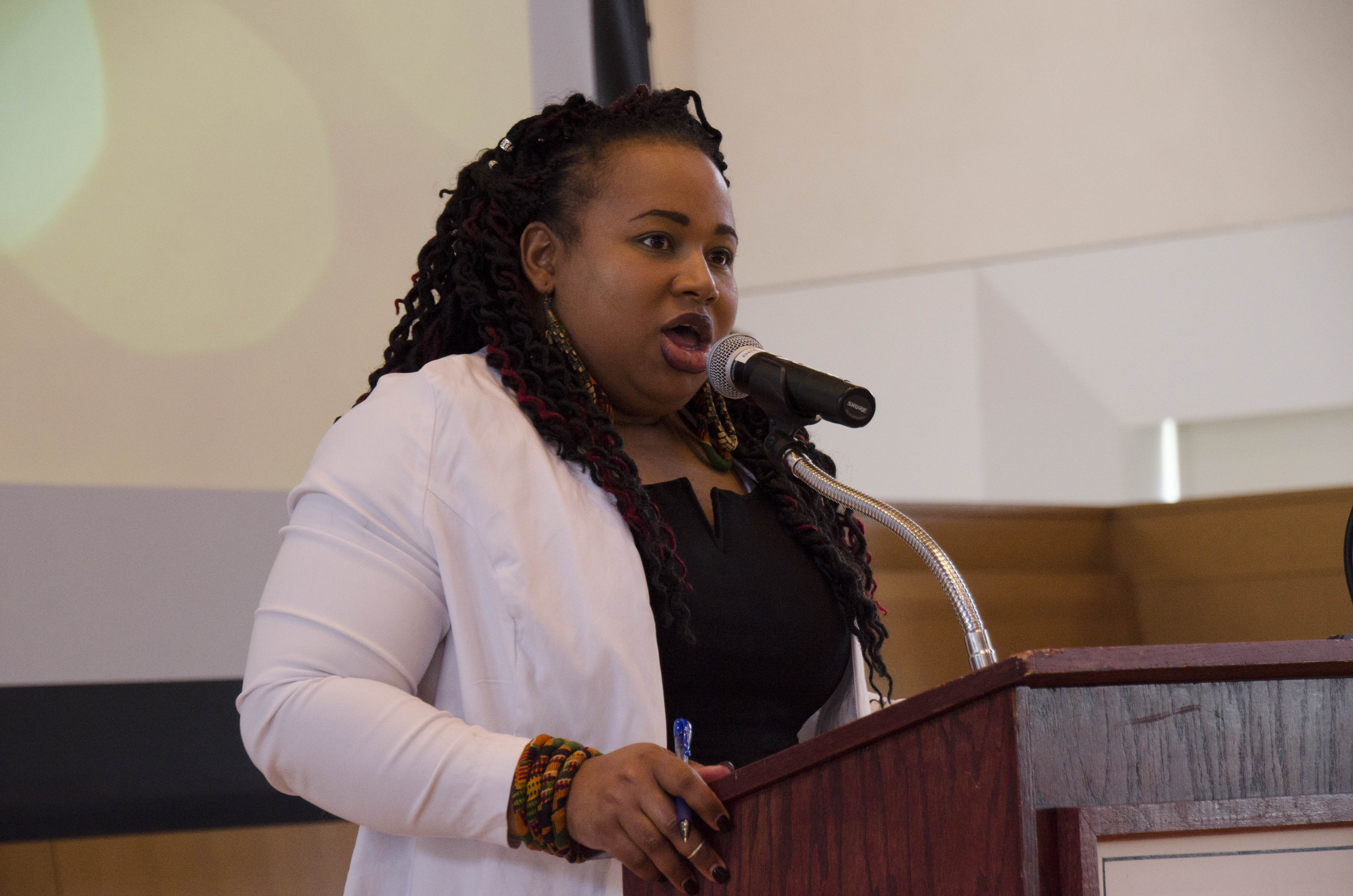 Humility was not unique to Young however; it seemed to be a defining characteristic of every person honored that evening. It’s a trait shared by everyone who seeks what keynote speaker and Alumni Achievement Award recipient Sallomé Hralima called self-transcendence: the commitment to be of service to those in need.
“I wanted to be one of those people who were remembered for the work that I’m doing in self-transcendence….” Hralima said of her life’s mission. “I want [people] to be talking about passion and purpose…. After you get beyond your needs of basic human necessity, and once you get past that which makes you safe, and after you get past that which is your need to belong, and after you’ve reached a certain level of self-esteem and self-actualization… [I hope] that you will put first and foremost the contribution you have for the world.”
The event finished with the presentation of the Senior Legacy award to WSA President Rebecca Hutman, which she received, in part, for her work on a resource center for disadvantaged minorities. After saying her thank you’s, she handed the mic once again to the planning committee, who thanked the winners and attendees.
“These awards represent the tireless work that so many of us pour into this campus,” concluded committee member Danielle Rosario ’18. “However, there is always more work to be done.”
For more information about the awards, as well as a list of previous recipients, visit the Office for Equity & Inclusion online.
Erin Hussey can be reached at ehussey@wesleyan.edu and on Twitter as @e_riss.