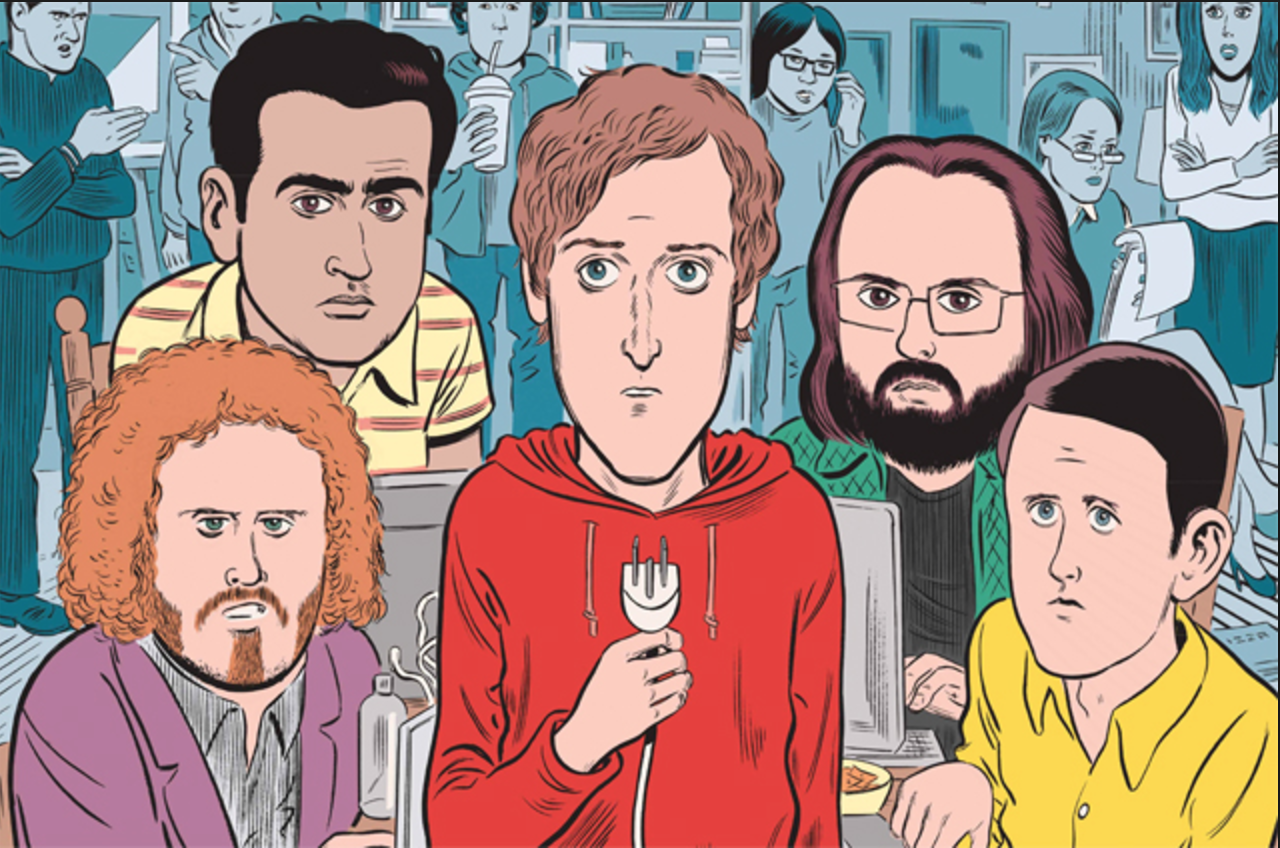 With the return of HBO’s “Silicon Valley” comes another opportunity for showrunner Mike Judge to hold a satirical mirror up to the absurd culture of the most consequential and hegemonic corporate milieu of the 21st century.

Following a tech startup in Palo Alto from its infancy through adolescence, “Silicon Valley” begins its fourth season with what has become a predictable narrative device: a crisis shakeup. Certain stretches in seasons 2 and 3 were plagued with crises, wherein the entire fate of the startup—tragically yet aptly entitled Pied Piper—would come into question, whether by an avoidable tech error or by the almost oracle-like decision making of venture capital investors who determine the company’s viability with seemingly arbitrary assessments (such as their masochistic pleasure in being vulgarly insulted by startup executives in their pitch in S2E1).

Our hero, Richard Hendricks (played in quintessential tech-whiz-kid awkwardness by Thomas Middleditch), has gone from just a notch above an unpaid intern at fictional tech giant Hooli to the founder and CEO of the Valley’s hottest startup, Pied Piper. Known for his revolutionary compression algorithm, Richard has beaten the odds by creating a better engineered product than the top companies with the most capital and the best talent. However, he is a terrible leader in his indecisiveness and passivity, and has surrounded himself with mediocre coworkers that succeed either in spite of or occasionally because of their flaws.

The motley crew, led by blowhard wannabe entrepreneur Erlich Bachman (T.J. Miller’s magistral role), who owns the “incubator” that houses the company and its employees—which is really a disgusting nerdy frat house that is most effective at lowering the property values of its neighbors—has tried and failed to occupy real office space thanks to a series of self-inflicted blunders. The greatest snafu came at the end of season 3, where (spoiler alert) Richard pitched venture capital investors on a new model for the company that was based off of false data inflated by web traffic from a Bangladeshi click factory. This leaves the rest of the Pied Piper crew—with the exception of the ever-loyal Jared (aka Donald Dunn, aka O.J., played by gangly improv legend Zach Woods), who defected from a VP position in Hooli management to be Richard’s CFO and right-hand business advisor—at their collective wit’s end for Richard’s bumbling incompetence as a leader and supposed visionary.

A coup d’état suddenly emerges in the premiere, led by hardware and software stooges Gilfoyle and Dinesh (played with infantile and politically incorrect banter by Martin Starr and Kumail Nanjiani, respectively). This comes right after Richard sought out the guidance of one of the company’s former investors and worst decisions, Russ Hanneman (played in scene-stealing hypermasculinity and negligent obliviousness by Chris Diamantopoulos), who agrees to fund a bold idea for a “new internet.” Although Hanneman is known to be a rogue and impulsive investor, his return to the show comes as a surprise, having struck a dubious deal that ultimately led to Richard being ousted as CEO when Hanneman’s outsize votes on the board were bought by Raviga Capital, a venture capital firm that employs the only major female character in the show, Monica (played with deft pathos by Amanda Crew).

With Erlich, Gilfoyle, and Dinesh looking to dethrone Richard while Jared remains loyal, one forgotten player remains absent: Big Head. Born Nelson Bighetti (Josh Brener), Big Head has been Richard’s best friend from the beginning of their time in the Valley together, but his woeful incompetence rendered him dead weight for the startup in the first season and ultimately lost him his shares and role in the company.

“Big Head is a man with zero purpose,” Dinesh said in the “Silicon Valley” pilot episode, unknowingly while Big Head was in the room. Later, upon the discovery that he had, in fact, overheard: “I mean, we all called him a great guy, but he didn’t overhear any of that.”

Yet since being dropped, Big Head has remained the show’s most perplexing X factor, with Hooli touting him as the brains behind Richard’s revolutionary algorithm as a diversion, even landing him on the cover of “Wired” as the future of the industry. Big Head will remain a mystery for the foreseeable future in season 4, but the power he holds in his enigmatic status serves as a commentary on the industry writ large.

While the employees of Pied Piper know that Big Head is mediocre in coding and possesses no beneficial skills in any other aspect of the business, his vague do-nothing position at Hooli and inflated salary made him the next “it kid” in the area, which is of course funny in the show, but also all too true in real life.

Furthermore, the sinister nature of other characters in the show, like Russ Hanneman or cutthroat Hooli CEO Gavin Belson (Matt Ross), is revelatory of contemporary figures in the Valley like Uber CEO Travis Kalanick. Part of the intrigue surrounding the show in the industry itself is who exactly is being spoofed in each instance—Richard as Mark Zuckerberg, the late Peter Gregory (Christopher Evan Welch) as Peter Thiel, and Erlich Bachman as Sean Parker, to name a few.

“Silicon Valley” does not skirt sexism or other kinds of injustices in the industry. Rather, it shows them as blatantly as possible, eliciting just as many cringes as it does laughs. The arbitrary and absurd nature of the show’s plot doesn’t differ significantly from the trajectory of many companies, and more importantly, its fictional world offers a less cluttered façade than the real-life companies. So the next time you open your latest app or look for a new gadget, take a second and wonder how logical the worth behind the fetishized object really is, and who’s really being lampooned.