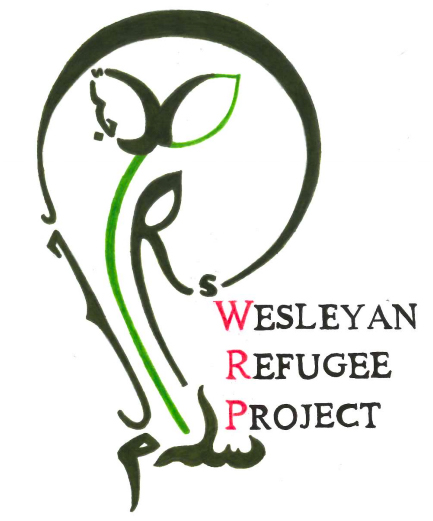 On Friday, April 21, the Wesleyan Refugee Project (WRP) will host a talk and photography exhibit on refugee resettlement in Connecticut. The event will feature three speakers: photographers Angie Smith and Maher Mahmood, as well as Mahmood’s brother Mahmood. It will focus on Smith’s photo series, titled “Stronger Shines the Light Inside,” and refugee resettlement in the U.S., the use of photography as a means of storytelling and political commentary, and the impact that a liberal arts education can have in inciting meaningful social change.

Smith, according to her biography, has taken photographs appearing in a surfeit of publications, including National Geographic, the New Yorker, and the Daily Telegraph. Her current project, “Stronger Shines the Light Inside,” focuses on stories of refugee resettlement in Idaho. The project, too, has been featured in a number of publications. Among them is The New York Times Magazine, in which Smith’s poignant photographs of refugees in the high school class of 2016 appear, and Wired, which specifically tells the story of Rita Thara, a Jimmy Fallon-watching refugee from the Democratic Republic of Congo.

“[Smith] has photographed Rwandans in their first snowfall, teenage Iraqis in their first prom dresses, and Burmese practicing their first English words,” reads the welcome page to the project’s website. “Along with writer Hanne Steen, Smith has been invited to drink tea in the homes of new Americans from Somalia, Afghanistan, Syria, and Sudan, treated with the same hospitality and generosity that her subjects are so grateful for themselves.”

In addition to hosting Smith for the panel, photographs from “Stronger Shines the Light Inside” will be on display in the Center for the Arts (CFA) green. Casey Smith ’17, one of the co-founders of WRP, commented on her enthusiasm for hosting Smith on campus.

“In bringing Angie to campus, we wanted to hold an event that would appeal broadly to students who are interested in ways to use the arts as a way to spark political dialogue,” Smith wrote in an email to the Argus. “We think Angie’s work (which has been featured in the NY Times, National Geographic, and elsewhere) gives a sensitive and thought-provoking portrayal of refugee resettlement in America—a topic that is often not covered in such detail.”

Speaking on a panel along with Smith will be Connecticut-based photographer Maher, along with his brother Mahmood, who will speak on his experiences with resettlement in Connecticut.

“[We are thrilled] that IRIS [Integrated Refugee and Immigrant Services] helped us bring Maher Mahmood and Mahmood Mahmood to campus to speak about their experiences with resettlement in Connecticut,” Smith added. “We hope the event will spark a productive conversation and help students learn more about using arts for social justice causes, IRIS’ work, and refugee resettlement in the community.”

Caroline Kravitz ’19, who was one of the primary organizers of the event, also spoke on the meaningful ways she hopes it will impact the University community.

“This event focuses on the response of various communities to refugees, the challenges refugees face upon resettlement, and creative approaches to social justice,” she wrote in an email to The Argus,” These topics are relevant to students who are studying government, history, studio art, anthropology, sociology, environmental science…[A]nything and everything! It is a unique educational opportunity because it reaches so many different disciplines.”

While the Wesleyan Refugee Project is hosting the event, co-sponsors include Center for the Arts, Allbritton Center, American Studies Department, College of the Environment, Green Fund, and College of Social Studies. The panel talk will take place between 4 and 6 p.m. in the University’s Memorial Chapel. Smith’s photography exhibit,“Stronger Shines the Light Inside,” will be on display in the CFA green from April 21-May 5.

“We are hoping the speaker panel and art exhibit are both informative and inspirational,” Kravitz added.