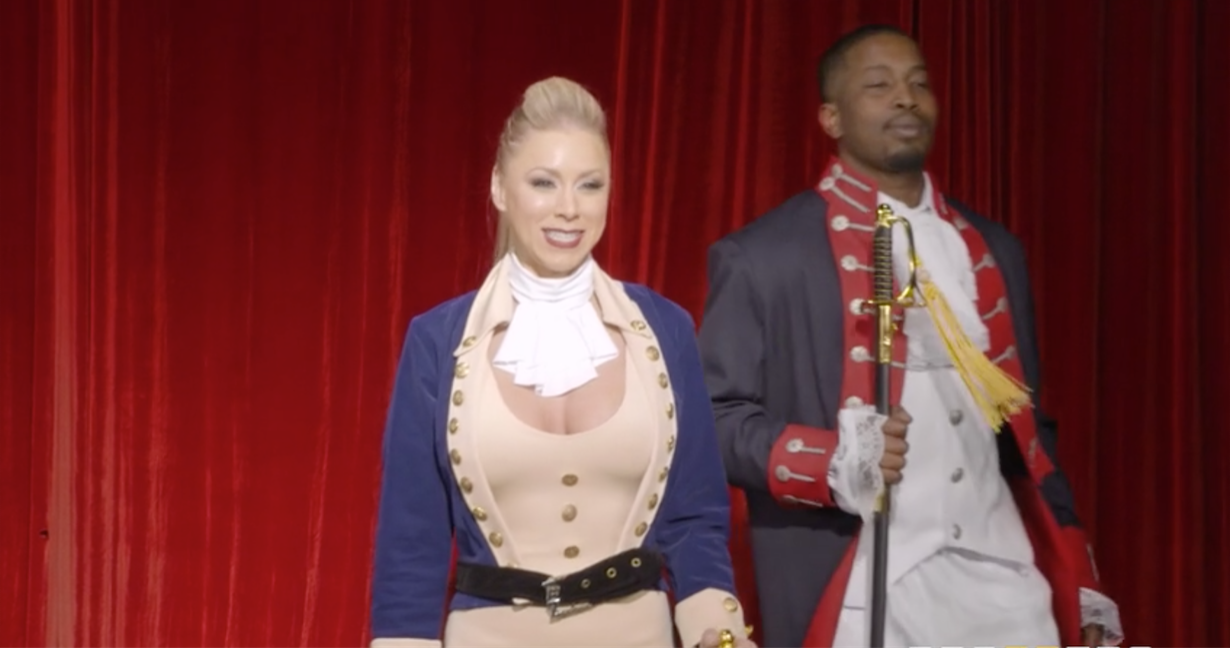 The teaser for the film sets the stage at the “Battle of Poundtown” in 1769. The premise is that of a performance within a performance (surely Brecht would be proud) wherein Morgan and Maxwell are ostensibly performing an avant-garde theater adaptation for a limited audience. Allusions to the play are present in the costumes of both characters, with Morgan’s look tailored precisely to the non-Schulyer sister female characters in the show, as well as in the choice of the safeword, “Rochambeau.” There’s also an allusion to the popular song “My Shot” that is rather self-explanatory given the medium.