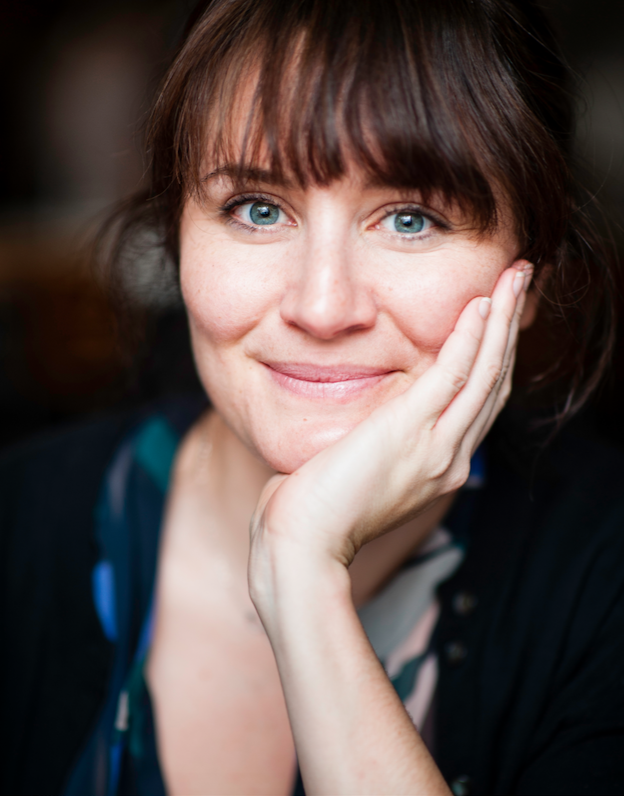 At the heart of Wesleyan’s version of Stonehenge in the Center for the Arts, newly arrived Director Sarah Curran sends emails to world-renowned artists next to a floor-to-ceiling window looking over a tranquil courtyard and the faded pink Davison Art Center. Curran brings perhaps the best set of experiences and disciplines to her new job, having improved the arts at Stanford University as its programming director, curated a versatile gallery space year-round for the Tribeca Film Festival and Cinema series, as well as bringing in a bevy of theater experience.

Her versatility makes her a perfect fit for Wesleyan’s ever evolving CFA, known globally for its pioneering status in World Music and support of non-Western art. Although Curran is stepping into a well-established program—almost hegemonic in its depth and scope—she nonetheless has a start-up spirit, having literally built notable artistic venues from the ground up, such as when she moved to Tribeca.

“My first job at Tribeca was to turn the print shop into a gallery space—like physically do that, do the remodeling, and organize everything else,” Curran said. “And from there, I had to come up with a business plan [for Tribeca Enterprises], and they said, ‘Why don’t you do this, programming and curating this gallery space in conjunction with our cinema space?’ And it was then that I kind of found my sweet spot, because I was like, ‘Oh okay, I love this.”

Just by getting her hands dirty and taking a risk, Curran suddenly found herself at the intersection of just about all of her interests.

Curran then went to Stanford, where she spent the next nine years working to improve the entrepreneurial school’s artistic programs to bring them up to par with the rest of the elite offerings at the Palo Alto campus. Working from within the Stanford Art Institute, Curran’s work became a harbinger of what she hopes to achieve at Wesleyan.

“Our job was to basically raise the caliber of the arts at Stanford,” she said. “My specific role was in programming. So creating interdisciplinary programming, creating ties across campus with the sciences, with computer science, with history, with Jewish studies—all kinds of different programs that might integrate the arts into campus. And that took the form of residencies, visiting artists, lecture series, all kinds of different things.”

When former CFA Director Pamela Tatge accepted the directorship at Jacob’s Pillow in the Berkshires—one of the world’s top institutions of dance—Curran put herself into consideration for the soon-to-be vacant position at Wesleyan. After rising to the top of the candidate search, Curran has been settling into Middletown with an eye towards future collaboration.

One possibility for Curran is a potential collaboration with the College of Film and Moving Image, and her experience at Tribeca could serve Wesleyan well.

“I would love [to collaborate with the Film Department],” Curran said. “That’s a meeting that’s yet to happen since I’ve only been here for three weeks, but I see no reason why we couldn’t do joint programming, and I’ve seen their posters around campus, and it’s all stuff that tickles my little Tribeca nerves, and I get excited about that.”

As for moving to Middletown from Manhattan and Palo Alto, Curran is not disappointed.

“It’s a cool little town,” she said when asked about arriving in the dead of winter. “I mean I’ve barely scratched the surface. I’ve gotten to eat at some of the restaurants, and back when I did the ICPP (Institute for Curatorial Practice and Performance at Wesleyan) program a couple of years ago, I gathered a bunch of people to do the laser tag that doesn’t exist anymore. There’s some kind of retro cool things here, and I’ve really been enjoying the Wesleyan campus and the Wesleyan students so far. And everyone on the faculty has been super friendly and warm and engaging, so, so far so good.”

While she may not be too familiar with her new surroundings yet, Curran is in the prime of her career and at the top of her field with her arrival on campus. Part of what sets Curran apart from other arts executives is her ability to attract top-notch talent to the programs she designs. For starters, the new CFA Director simply does her research.

“You hear the stories of Bill Murray that all you can do to contact him is leave a message on his answering machine—not even voicemail, an answering machine—and then he’ll pick a day where he responds to three things,” she laughed. “That’s the story of Bill Murray, and somebody I contact may be quirky like that, you never know. But for the most part, in a way being at Wesleyan makes the job a little easier, because Wesleyan is a recognized leader in the arts. So if you say ‘I’m calling from the Center for the Arts at Wesleyan,’ people aren’t going to hang up.”

“For me, it was the reputation of the school and the culture here,” she said when asked about what drew her to Wesleyan. “Even just walking around, the kind of conversations you overhear with the students make it a really fun, curious, adventurous kind of place. And sort of fearless, just ready to do anything. And that’s pretty exciting to me because that’s in the student body as well as the mission of the CFA.”