From Eclectic to Berkshires: Tatge and Her University Legacy 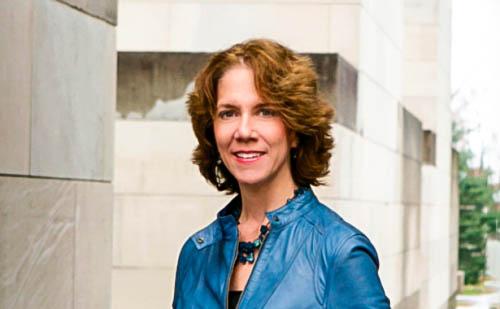 Pamela Tatge ’84 (pronounced “Tad-gee”) has been serving as Director of Wesleyan’s Center for the Arts (CFA) for the last 16 years, but she’s been a part of the University community ever since arriving to campus in 1980 as a first-year student. She is moving on in April to become the Executive Director at Jacob’s Pillow, a dance center and school in the Berkshires with the oldest summer dance festival in the United States. Tatge spoke to The Argus about the arts at the University, ranging from her time living in Eclectic to Wesleyan’s renowned dance pedagogy and diversity.

“Wesleyan has an incredible history in the arts,” Tatge said. “First off, by dedicating 11 buildings to the arts in 1973, the idea that we built a center for the arts and that a small liberal arts college would have this kind of rich dedicated space for each of the disciplines, was really extraordinary.”

When asked what the state of the arts was by the time she returned to the University as director of the CFA in the fall of 1999, Tatge noted that the University was already a unique place for artistic activities.

“When I arrived in 1999, there were already astonishing facilities,” Tatge said. “Wesleyan was one of the few universities in the country in the 1960s to think about teaching non-Western Art. So, in the music department in particular, they felt that they had to go beyond our sights. They invited artists from Indonesia, India, and West Africa to teach in the program, and the World Music and the World Dance Programs were born there. The richness [of these programs] was in the ether, it was in the fiber; it was a very international place.”

Although the arts were rich and rather cosmopolitan at Wesleyan when Tatge arrived, they were conversely also insular in that they were mostly oriented towards the campus alone. Tatge noticed this conundrum right away, and began to try to make Wesleyan an artistic center for Connecticut at large.

“The programming at the Center for the Arts was generally directed towards the campus, and artists of great note were brought [in],” Tatge noted.“But there was not, I would say, an active engagement with the community, in other words, active marketing. There was no box office system, it was hard tickets. You didn’t know who was coming and going through the door. So, [there was] an incredibly solid foundation for the arts at Wesleyan, but without, let’s say, a real dedication of resources to engaging with the community.”

One of the main reasons why Jacob’s Pillow noticed Tatge as a formidable candidate was because of her innovations in dance at Wesleyan. She found to be a way to make not only her mark at the school, but also Wesleyan’s mark in the arts more broadly, due to the pedagogical opportunities dance presents, as well as how the performance of dance can synthesize the arts into a total work of art.

“When I looked around to say, ‘How can Wesleyan make its mark? How can it distinguish itself in the total ecology of the arts in the state?’ I realized two things,” Tatge recalled.“First of all, Wesleyan had a rich history in dance. It was one of the first liberal arts colleges to have dance [as] an academic subject separate from theater or, as Williams [designates it], the physical education department. So, number one, Wesleyan had a history circularly in dance.”

The second part of Tatge’s realization lay in the power of the pen: “Wesleyan University Press is one of the premier publishers of dance scholarship in our country.”

Finally, Tatge looked at the student engagement in dance at Wesleyan. “I don’t know what the statistic was when I started, but right now forty percent of Wesleyan students graduate having taken a dance class. Forty percent. So with all of that being true, I then looked outward and realized that there are very few places to see contemporary dance in our state… I thought, ‘Okay, this is where we can create a niche for ourselves.’”

Then, with the cooperation of the Dance Department, Tatge cofounded the Breaking Ground Dance Series in the fall of 2000. The goal was to identify three companies annually that would represent the “next wave,” as Tatge calls it, of innovation in dance that has a social justice message and also an international component to it.

“That’s one of the distinctive things about Wesleyan,” Tatge expressed. “Instead of having an independent curator come in and say, ‘You should have this, that, and the other,’ and then scurrying around to get engagement by the departments and students and faculty, we actually dialogue with the faculty and students up front, and say, ‘Who are you excited about?’”

Tatge also weighed in on how Wesleyan has changed culturally from her time here as a student and over the course of her tenure at the helm of the CFA. Her answer was different than those of most alumni.

“I do think that society has changed and our culture has changed so that students have much more pressure on them in terms of their career choices and because of the cost of their education, repaying debt, etcetera,” she said. “So perhaps they don’t have the freedom of choice that we had when I was graduating.”

When asked if students’ choices are now more utilitarian than they were during her time as a student, Tatge pointed to the phenomenon of double majoring and making what one studies more “marketable.”

“[Students now have] more direction in terms of how marketable their major is going to be,” Tatge said. “I think there’s pressure on students to question that in ways that we didn’t have to. How have students answered that? There are many more double majors than there were when I went to school.”

Tatge also noted that students are more diverse and international than they were during her time here in the 1980s, which she thinks has enriched the culture of the school greatly. She also pointed out the “entrepreneurial smarts” that students seem to have today that they didn’t a few decades ago, which, coupled with technology, has astonished Tatge in the kinds of endeavors that students have launched while still undergrads.

Wesleyan’s music scene is also a source of great pride for Tatge, who was a member of Eclectic and lived there.

“We always have had a music subculture that was just incredible, like at Eclectic,” Tatge said. “I lived at Eclectic [because] I loved to dance, so there were great bands that were there all the time. I always felt like I never took this place for granted and I went to a place that allowed me to do so much, and I think that’s still true.”