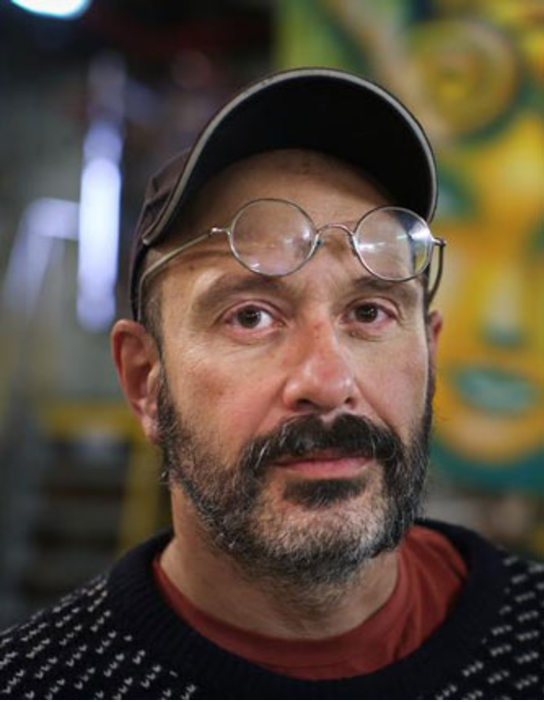 For Russian-born Greenpeace International activist Dima Litvinov ’86, political dissidence seems to run in the family. Carrying on the torch from the Czarist regime at the turn of the 19th century to Russia today, Dima belongs to the fourth generation of his family that has been imprisoned for anti-governmental policy activities. Over a series of interviews at the Greenpeace offices in his home of Stockholm, the University alumnus told The Argus about his life story, his experiences as an environmental activist, and the necessity of peaceful protest under the current rise of nationalism worldwide.

Born in Moscow under the Soviet Union in the early 1960s, Dima was exposed at a young age to the repercussions of public demonstrations under authoritarian rule. In August of 1968, his father, Pavel Litvinov, a physicist and writer, was arrested in the Red Square for protesting the Soviet Union’s annexation of Czechoslovakia. His father was soon convicted of anti-Soviet agitation and propaganda as well as slandering Soviet reality. Pavel was sentenced to five years of internal exile in Eastern Siberia.

“Internal exile means that you’re sent to a particular village, but not that you’re living behind barbed wire,” Dima explained, commenting on where he lived from ages six to ten with his mother Maya and father. “You basically cannot leave that village or town, and you’re told where to work.”

“There was no reason specifically to worry,” said Pavel of his family’s state of mind during their Siberian exile in Ben Stewart’s book “Don’t Trust, Don’t Fear, Don’t Beg.”

“I was the only one technically punished,” he continued. “We had a hard life, and it was tough. It was extremely cold. I almost died of a bad case of pneumonia when I was working in the mines…[but they] didn’t want me to die on their watch. It would be bad publicity.”

Both of Dima’s parents come from a long line of activists and Russo-dissidents. His great-great grandfather on his father’s side, Maxim Litvinov, once a publisher for Iskra Spark, a well-known socialist magazine at the turn of the 19th century, was one of the top revolutionaries during the Soviet coup against the Czarist regime in 1917. After the October Revolution, Maxim Litvinov was rewarded for his work and promoted to first foreign minister for the new world power. Dima’s mother’s father, Lev Kopelev, was a political prisoner on multiple occasions under Stalin and other Soviet leaders, dedicating his life to preserving literature and the arts in the Soviet Union in addition to working closely with renowned novelist Aleksandr Solzhenitsyn.

After finishing Pavel’s sentence of internal exile in the early 1970s, the Litvinovs returned to Moscow where Pavel and Maya immediately set about anti-Soviet agitation, again coming into conflicts with the country’s authoritarian rule. However, this was a time of détente for the Soviet Union during which relations with the West were becoming less contentious, and sentences for defiant political actions like those of Dima’s parents’ weren’t as serious. Pavel began collaborating with American writer and human rights activist Valery Chaldize, who had started the publication “A Chronicle of Current Events,” which was dedicated to exposing human rights abuses in the Soviet Union, an endeavor that brought Dima’s family over to the United States.

“The Soviet Union was eager to show a more humanitarian face to the West,” Dima recalled. “They were still jailing dissidents, but they were also beginning to expel them. We were lucky enough to come in on that wave, and so in 1974, as our passports were taken away, we moved to New York as stateless political refugees.”

The Litvinovs settled in Westchester, New York, where Pavel worked on “A Chronicle of Current Events” while teaching at a public school in Tarrytown, which Dima attended. Dima soon found Wesleyan, drawn to its counter-cultural atmosphere.

“The late ’60s were not so far away, and the memory of those times was quite alive on campus,” Dima said of the activism at the University. “I was living in West College at the time. We would have organizational meetings, but there wasn’t an organization that pulled protests together. Political activism was more loosely knit and less formalized.”

The causes that inspired campus activism during his time at the University are similar to those of the present.

“A couple of the big questions on campus at the time [concerned the University’s endowment]; divestment from South Africa, as it was still an apartheid regime; and feminism, which I hope is still an important issue on campus,” Dima reflected, describing the campus climate as an undergraduate and eventual master’s student.

Litvinov was on a B.A., M.A. Anthropology track and performed field work for his graduate thesis over a two-year period in Ecuador, during which he met his future wife, Anita. While working in South America, Dima developed a new-found passion for environmental activism after witnessing the removal of one of the indigenous communities he had met.

“As an anthropologist, though even just as a person, it was an amazing experience to meet people living so close to nature,” Dima said. “The next year, when I came back to Ecuador, I thought I’d repeat the experience, so I went back down there. There was no rainforest, there was no river, and there were no indigenous people. There was a big oil field where Chevron and the Ecuadorian national company came in and looked for oil. They actually never found anything, but they destroyed everything in the process. For me that was the first time that I had a bit of an eye opener, thinking, ‘this is just wrong, something needs to be done about this.’”

After finishing his thesis, Dima moved to northern Sweden with his wife to be close to her family. He struggled to find work until he accepted an offer in Boston, Mass., as a canvasser for Greenpeace. In 1990, Dima was asked to join a direct action against Soviet nuclear testing. With his knowledge of the Russian language, he proved to be a valuable asset for such a demonstration.

“I’ve been arrested three times in the same waters, but the first time was by far the most hardcore,” Dima explained. “I went on board the MV Greenpeace, and we sailed to Novaya Zemlya in the Kara Sea north of Russia. We clearly went into Soviet territorial waters, went into a closed military zone—the holiest of the holies—the nuclear test zone. We completely disobeyed the orders of the marine KGB who told us to stop. We put walkers on the land who disrupted the nuclear test. The walkers disappeared into the landscape, making it impossible to perform the test without threatening their lives.”

The MV Greenpeace was boarded by naval officers who arrested all participants, taking them to a local KGB base where the protesters and the ship’s crew were held for about a week and then released.

“That was the last time that the Soviet Union, or Russia, carried out a nuclear test,” Dima pointed out. “I don’t want to say that we stopped the program, but we certainly contributed to the global pressure to stop nuclear testing, both with that action and the whole Greenpeace campaign surrounding it.”

While Dima achieved some major successes working from outside his former home country, he wasn’t satisfied with Greenpeace’s domestic operations there. In 1991, he wrote an email to a friend detailing some of his thoughts on how the Soviet Greenpeace outfit could be run more effectively.

“Somehow, that email found its way into the hands of the head of Greenpeace International [Steve Sawyer] who read it and said, ‘Oh, well this sounds quite good. Why don’t you go ahead and fix that,’” Dima said.

Virtually overnight, Dima went from being a canvasser on the streets of Boston to an international campaign director for the Greenpeace office in the Soviet Union.

“It was like a small parish priest getting a call from the Pope,” Dima smiled.

“Part Two” of this article will be published on Tuesday, Feb. 27.