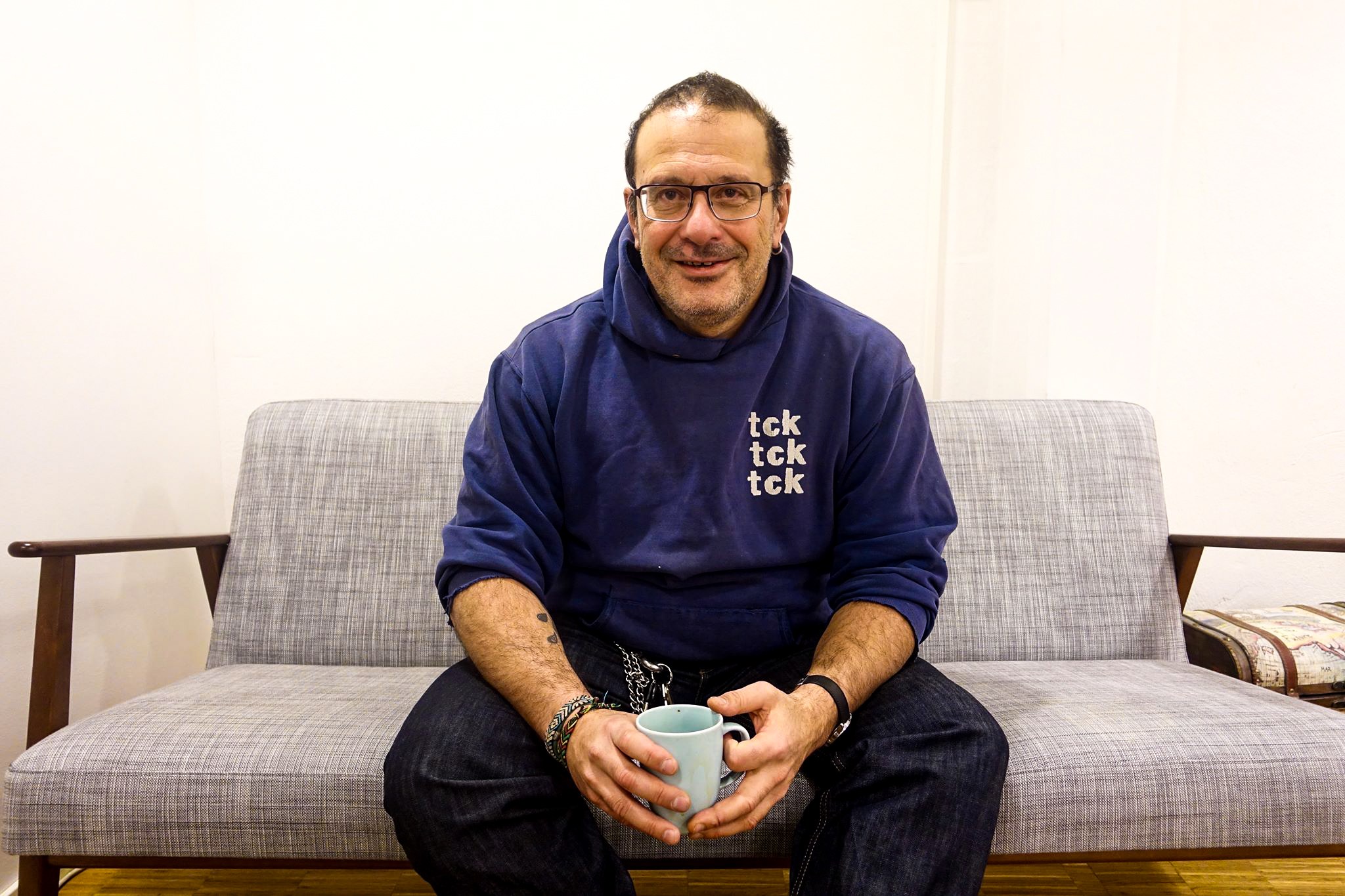 With his sudden promotion to international campaign director of the Moscow Greenpeace office, Dima Litvinov ’86 set about reorganization in the early 1990s. He coordinated demonstrations all over the world, from sending direct actions to Russian military bases in Antarctica to nuclear submarine bases on the East Coast of Russia. After returning to Sweden with his wife and son in 1994, Dima took on various roles in the Stockholm Greenpeace office on both local and international campaigns. Though Dima continued to come into conflict with the Russian government on environmental advocacy actions throughout the 1990s and 2000s, it wasn’t until his third Arctic Circle arrest on Sept. 19,  2013, that he took international headlines by storm as head organizer and eventual political prisoner during the Arctic 30 protest.

This action was a part of the larger ongoing Save the Arctic campaign that intends to curtail the opening of the Arctic Ocean to oil drilling, according to Dima. The project tackles three maritime areas: Alaska, Norway, and the entirety of the Russian coastline.

“It’s a pretty absurd situation, right?” Dima said. “The oil companies actually think [climate change] is a great thing because as the arctic ice sheet melts they can more easily get at the oil reserves that had been unaccessible earlier.”

The Russian maritime zone has become a particularly urgent site for Greenpeace, especially since several rigs were in the final stages of their construction in the coastal Prirazlomnoye field in 2013. Dima and a group of activists, including former Greenpeace International Executive Director Kumi Naidoo, traveled to the field for the first time in a 2012 protest. They had a confrontation with Russian authorities, but the Coast Guard was unable to intervene since the oil field is situated in international waters. In 2013, Dima organized another demonstration at the same field site with companies, like Gazprom, having nearly completed construction.

“You’ve got to understand, this time it was a completely different world,” Dima explained. “2013 was the year when Russia was no longer moving in a democratic direction. You suddenly saw the face that we are used to seeing now: Pussy Riot got arrested, the whole Ukraine situation that led to the Crimea invasion. This was all happening during those few months. I guess we just had poor timing.”

Even with the Putin administration showing more authoritarian tendencies, Dima and his team weren’t anticipating anything to come of the potential encounter.

“We were clearly in international waters,” Dima stressed. “This was not some sort of secret military area. We were going to protest an industrial installation. I didn’t expect the Spanish Inquisition.”

The action entailed two climbers taking small boats from a larger ship, the Arctic Sunrise, over to the rig’s wall and scaling onto its platform. According to Dima, from the beginning of the demonstration, Russian officials’ reactions were noticeably different. The climbers were immediately chased by Russian Coast Guard speed boats and were shot at as officers attempted to stab their rubber boats with knives. The climbers were eventually arrested and a helicopter appeared over the Arctic Sunrise. Later made available via a viral video, balaclava-clad, assault rifle-equipped soldiers repelled down onto the ship’s bow with no national identifying marks on their uniforms. These anonymous soldiers shut down the ship’s communications and captured Dima and the rest of the demonstrators by gunpoint.

“We were accused of piracy, which is amazing,” Dima laughed. “Because, yes, piracy was committed on the seas that day, but not by us.”

Conviction of piracy under the Russian law code carries a sentence of up to 10 to 15 years in prison. The Arctic 30 protesters, as they were soon after dubbed, were given three months of preliminary detention pending trial to be served at the Murmansk Municipal Prison. Dima spoke of the Russian language barrier some of the demonstrators faced while there.

“With the language, I had privilege in the ability to immediately be brought into the prison society, which is an extremely strong and useful self-help organization,” Dima explained. “It’s amazing, the community in prison in Russia is so much more open, respectful, accepting, and tolerant than the mainstream society.”

Though Greenpeace International led the charge during the Arctic 30’s time in prison, waves of protests organized under human rights groups like Amnesty International; in-depth coverage from a multitude of media outlets; and celebrity statements helped to hold their unlawful arrest under international scrutiny.

“So after two months we were bailed out, but were now accused of aggravated hooliganism, which only carried a sentence of three years,” Dima said of the judge’s verdict. “There’s no question in my mind that the [protest] pressure from all over the world was the reason why our situation didn’t get worse than it did. So I would still likely be in a little room with bars on a window and a metal door if it hadn’t been for all that pressure.”

After Russia bowed under global calls for the release of the Arctic 30 prisoners, Dima returned to Stockholm where he has continued to support the campaign.

With the recent election of a climate change-denying White House, the storied activist spoke to The Argus about current transcontinental displays of resistance to the new government’s policies.

“I wouldn’t presume to advise, but I think the fact that there are these protests is very heartening given the world that we’re being dragged into by the Trump administration,” Dima said of the Women’s March among others. “It’s not often that I’m proud to be an American, and strangely enough I am now during the Trump Presidency. I’ve felt more pride now than I have for a while because I really see this huge wave of resistance that is permeating the whole of society.”

He also offered his thoughts on environmental activism’s role in these movements.

“I do realize that there are so many different aspects to these protests because it’s not just environmentalism, it’s not just economic injustice, it’s not just political instability, it’s not just the destruction of the democratic system,” Dima insisted. “It’s all of these things together and that means that a lot of different people of different walks of life and different backgrounds are coming together. For me, though, it’s really clear that nonviolence is, now forget about the moral aspect of it, the most effective way of resistance. You don’t give your enemy the weapons of accusing you of violence. Then, of course, there is a moral aspect of it. I don’t feel good about hurting someone. I think it’s wrong.”

“There’s still a lot of work left to do,” Dima said. “Right now I’m working on stopping the destruction of intact forest landscapes and high conservation value forests throughout the Northern forest region. So, yes, I’m still in touch with Russia.”