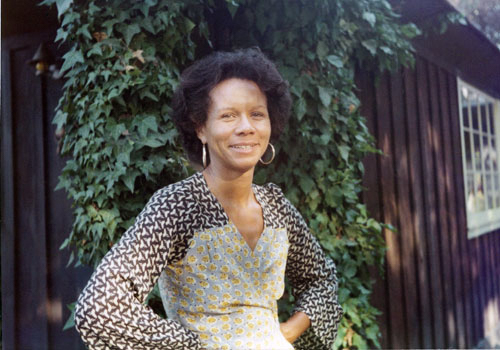 While many historians and film buffs were surprised and enthralled by the rediscovery of the career of Kathleen Collins—the first African-American woman to produce a feature length film—one member of the campus community didn’t flinch: her granddaughter, Ruby Fludzinski ’20. Sitting down for coffee after a late-afternoon lunch in Usdan, Fludzinski sat half in the sun, half in the shade as she recounted the life and career of her grandmother, whom she remembers through her mother as far more than just her recently anointed canonical status as a filmmaker.

“First and foremost, she was a playwright,” said Fluzinski of her late grandmother. “She was prolific. She came out with a million plays, and I recently read a few of them, and none of them are published, so we have boxes and boxes of her plays. And recently my mom [Nina Lorez Collins] got a book of her short stories published [“Whatever Happened to Interracial Love?”].”

The collection was reviewed by Richard Brody of The New Yorker, who has taken a particular interest in Collins since her daughter revived the artist’s career for posterity.

“[Collins’ short stories are] a multidimensional revelation whose invisibility until now is as grievous a loss to literature as the near-disappearance of ‘Losing Ground’ [Collins’ forgotten major feature film] has been to the world of movies,” Brody writes. “Collins endows her stories with a sense of form that is itself cinematic; they suggest the aesthetic roots of ‘Losing Ground’ and convey a painfully vivid idea of the movies that Collins might have made, had the film achieved the recognition that it deserved and had she lived to do so.”

While “Losing Ground” has been praised as Collins’ chef d’oeuvre, it is a reductionist view to conceive of her as simply a pioneering filmmaker. The film itself seeks to expand the field of aesthetic experience engaging with African-American culture, serving as an atemporal harbinger for the rest of her work.

“Several of the volume’s stories are set in the world of independent filmmaking, offering a glimpse into the personal and professional struggles that she endured as one of the very few black women making movies at that time,” Brody writes. “Collins, a civil-rights activist in the early nineteen-sixties, delves deep into modern history and personal experience to yield, in calm yet prismatic phrases, urgent and deeply affecting insights into her times, which echo disturbingly today, in light of their long-delayed publication.”

Fludzinski noted that this monumental cultural moment wouldn’t be happening right now had her mother not taken a close look at boxes left over during the family’s move to New York City.

“When we were moving she stumbled upon the box [containing the films and short stories] again, and then she finally came to a point in her life where she was no longer running a company [so] she could focus on that,” Fludzinski said. “And it’s a lot of work. It’s been a lot of work getting all of [my grandmother’s] work credited.”

Collins’ prolific career, while it didn’t get the spotlight and widespread acclaim it deserved, left a nonetheless gargantuan task for Fludzinski’s mother to take on. In addition to the sheer scale of her mother’s oeuvre, Nina Lorez Collins had to take on the emotionally taxing task of confronting her past along with her mother’s when arranging what she left behind. As she details in a Vanity Fair essay, that kind of emotional and logistical work didn’t happen overnight.

“Over the next two decades, that heavy trunk moved with me everywhere I lived,” Lorez Collins wrote. “It was a coffee table in my first studio, spent some time at the foot of my bed in my 20s, and eventually, when I had a house, was relegated to my basement. I often wanted to look inside, and a few times I made tentative forays, but the sight of my mother’s familiar scrawl on the pages made me feel shaky. It was simply, for a very long time, too sad for me to hear her voice again.” 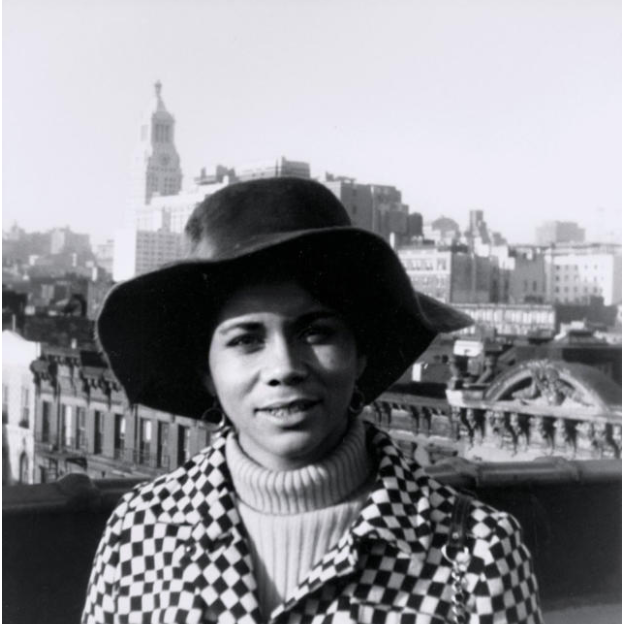 Yet, now people are beginning to come into contact with that literary voice. One of Collins’ stories, “Exteriors,” is written entirely in quotations, lending it a quality that Brody says, “reads like a director giving instructions to a crew for decorating and lighting an on-location set.”

In some ways, those directions have carried on to guide Fludzinski to Wesleyan, who cites the University’s film and theater programs as her main draws. She’s taken three film courses so far and is already directing a Second Stage play this semester.

Her rendition of “The Brothers Size” by Tarell Alvin McCraney will be going up March 8-10 in the WestCo Café. McCraney is the same playwright who wrote the play that inspired “Moonlight,” so, besides her affiliation with her grandmother, Fludzinski is putting herself in good company with prolific Black playwrights.

“I think my grandmother always focused on telling stories that weren’t told ever, and she did it well, and she did it completely through her own lens of her own experience, which I think is unique, especially today in the film world,” Fludzinski said. “So I hope to do that. In terms of themes, I see our films being different because we come from different times and different lives, but I definitely think that she’ll influence my work because she influences me every day.”

Later this spring, probably at some point in April, Ladies First will be screening some of Collins’ work on campus in the Center for Film Studies. In the meantime and in the long term, look out for Ruby Fludzinski to carry the mantle of her grandmother while making her own legacy, one project at a time.