Israeli Film Festival Kicks Off with Premiere of Wedding Doll

Thursday, Feb. 2 marked the beginning of the University’s annual Israeli Film Festival with the screening of “Wedding Doll,” directed by Nitzan Gilady, in the Goldsmith Family Cinema.

Corwin-Fuller Professor of Film Studies and founding Chair of the Film Studies Department Jeanine Basinger introduced the film, speaking on Gilady’s background as a documentary maker.

“This is his debut fiction film,” Basinger said. “He’s been in a lot of international competitions, including Sundance…. He’s had a solid range of accomplishment.”

Basinger also discussed how Gilady came up with the idea for the film, attributing it to the director’s background as a documentary maker and his familial relationships. Gilady, she said, saw a woman in a wedding dress made out of toilet paper. He took a photograph and carried it around with him, thinking about what type of character would wear that. In regard to the familial relationship, he was inspired by the relationship shared between his father and brother. Gilady’s brother suffered from PTSD from the Lebanon War, and their father struggled to grapple with his illness.

“What you’re going to see is…a very gentle story, but with its moments of violence and despair,” she said. “This is a movie that can actually break your heart…. It’s touching and it’s human. It’s not about things you don’t understand or haven’t experienced in your daily lives or family relationships.”

The film, accompanied by English subtitles, tells the story of a young woman named Hagit who has a mild mental deficiency. In love with her boss’s son, Hagit dreams of marriage, but must face reality when it is announced that the factory in which she works will be shutting down. 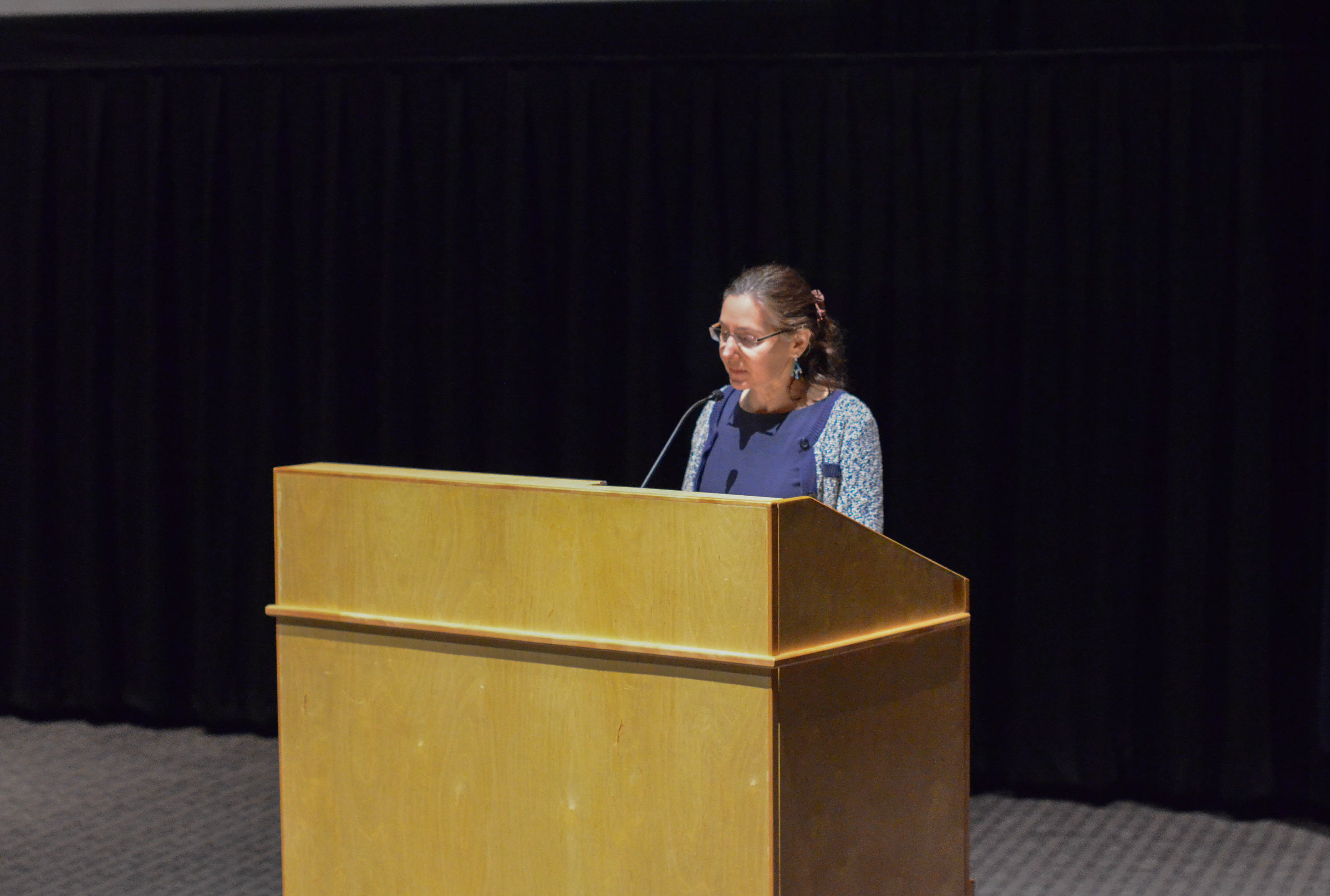 Hayley Lipson ’20 attended the screening of Wedding Doll and was touched by the film’s depiction of a character with a mental disability.

“Wedding Doll is a really powerful movie,” she wrote in an email to The Argus. “This movie tackles the stigma in our world’s society that people with disabilities are incapable of doing what people without them can. Hagit is a normal girl in every way except she has a mental disability. Because of this, no one is the movie treats her like a human being…. I think it was really important and bold of Nitzan Gilady for his first fictional movie to tell such a powerful and sad story.”

Lipson, who is taking the University’s course in intermediate Hebrew with Adjunct Associate Professor of Religion and Director for the Center of Jewish Studies Dalit Katz, attended the Contemporary Israeli Voices lectures last semester and will continue to attend the films being shown in the festival. She looks forward to seeing how the upcoming films in the festival will explore various cultures.

“I think when most people think about other countries they think of the cultural differences,” she wrote. “One of the things that was really amazing about ‘Wedding Doll’ is that it was a story that could have been told almost anywhere. I think most people could connect to a movie like this because it is so universal. It will be cool to get to explore the cultural differences and similarities within the films as the festival goes on…. I think that now having watched ‘Wedding Doll,’ I will be really open to the next movies because this was a very emotional movie. I definitely was not expecting to be so moved by the first film, but I think that will help me be more open to the next films.”

The festival is organized by Katz and is sponsored by the Ring Family, the Center for Jewish Studies, and co-sponsored by the College of Film and the Moving Image and the Wesleyan Film Series. The festival will continue with screenings every Thursday, ending on March 9, in the Goldsmith Family Cinema. “Beyond the Mountains in the Hill,” directed by Eran Kolirin, will premiere on Thursday, Feb. 9, with Director of JCC Manhattan Film Programs Isaac Zablocki presenting the film.