After Grueling Season, Swim and Dive Preps for NESCAC Championships 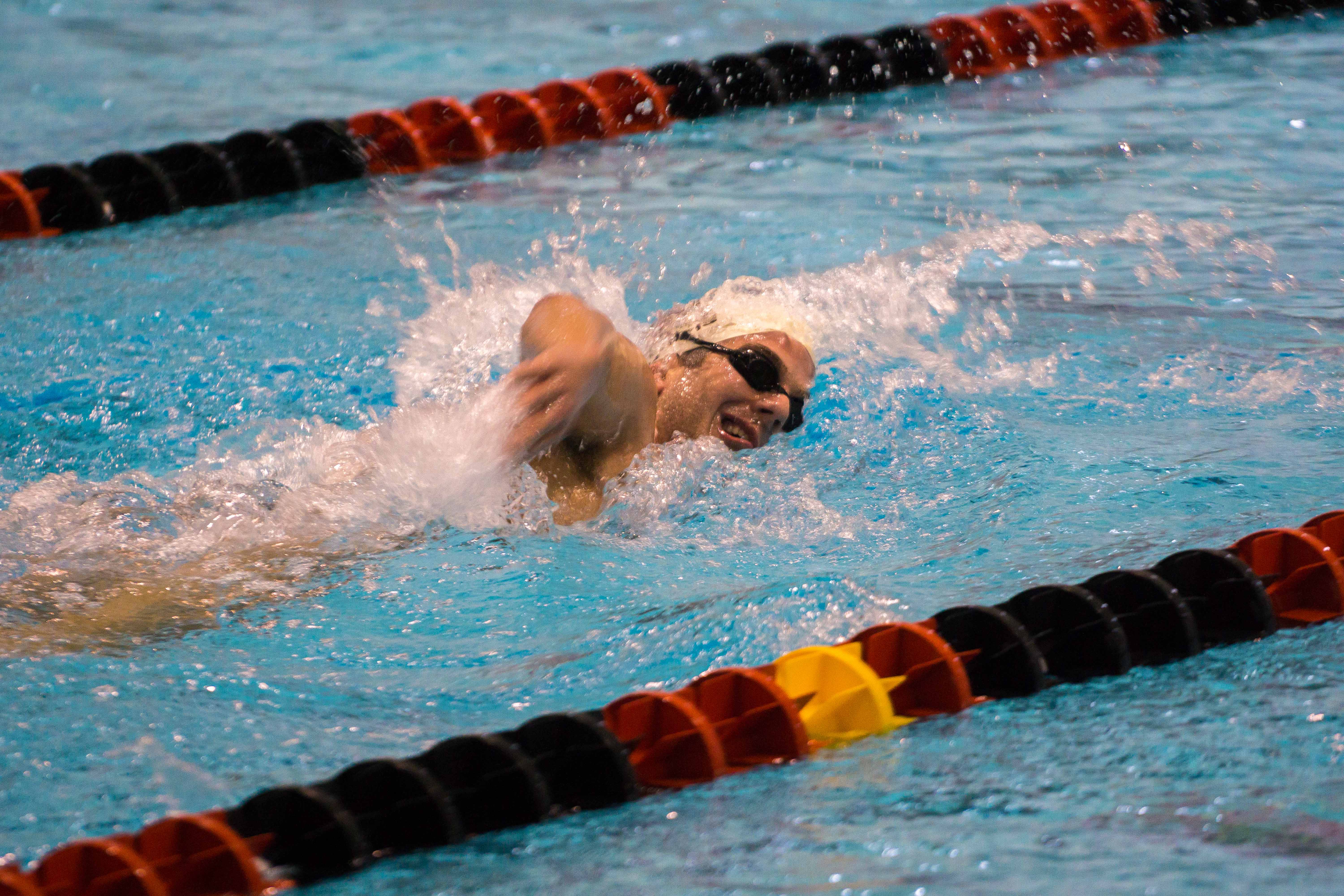 The women’s swimming and diving team’s season is coming to a climax Feb. 10-12 at Bowdoin, while the men’s season will conclude at the NESCAC Championships less than three weeks away. The women’s team is enjoying one of its strongest season to date, finishing with seven wins and six losses in dual meets and a third-place finish in the Connecticut Cup. The men, for their part, finished 1-12 in dual meets and posted a fourth-place finish at the Connecticut Cup. However, the reason why both teams have put in long hours at the pool and endured a rigorous training routine is for the conference finale, a chance to bring their hard work into fruition and qualify for NCAA Division III Championships.

The women’s team will look to continue the momentum it built during the regular season and carry it into NESCACs.

“The season has been going really well and we’re definitely on the right track to do well at NESCACs,” said captain Serena Zalkowitz ’17. “This is the women’s first winning season in a while so we’re all in very high spirits.”

On the men’s side, enthusiasm has not been dampened either.

“Going into NESCACs, I’m really excited to see everyone’s hard work pay off,” said captain Nate Courville ’17. “Everyone on the team has trained so hard in practice this year and I believe a lot of people are going to have breakthroughs at the championships.”

The women’s team started the season on a slow note, losing its first four dual meets and finishing on the podium at the Connecticut Cup. However, the Cardinals won their next three in a row and seven of their next nine meets to finish the season on an incredibly strong note. The win streak included victories against NESCAC rivals Hamilton, Colby, and Trinity, and triumphs over non-conference schools Worcester Polytechnic Institute, Roger Williams University, Fairfield University, and United States Coast Guard Academy.

Some of the season’s highlights include a two-day meet against Colby, Bowdoin, and Trinity. During that meet, Zoe Kerrich ’18 took third place in the 50-yard breaststroke race, and Kylie Han ’19 finished second in the 100-yard breaststroke (Kerrich finished third). Additionally, the 200-yard medley relay team comprised of Caroline Murphy ’20, Kerrich, Grace Middleton ’20, and Maela Whitcomb ’19 took second place, while the 200-yard freestyle team of Kerrich, Han, Middleton, and Murphy also finished in second.

The women’s team is excited to continue the successes that the end of the regular season has brought them.

“I’m confident that we’re going to have many finalists, several broken records, and hopefully a few NCAA qualifiers,” Zalkowitz said. “We’re definitely all excited for our relay teams’ chances of making nationals.”

On the men’s side, the team’s lone win came against Fairfield. However, that win came towards the end of the season, which bodes well for the team as they look ahead to NESCAC Championships.

“The team improved a lot over the year,” Courville said. “Our last two dual meets over the weekend were arguably the most successful dual meets the team has had in my four years at Wesleyan. The men’s 4×100 freestyle relay team posted a time of 3:11.30, which is only two seconds off the school record and the fastest we have had during the regular season in quite some time.”

Other highlights from the last two dual meets of the season include a 200-yard medley relay finish of third place against Fairfield. That team was made up of Alex Kapphahn ’19, Alan Huh ’20, Quinn Tucker ’20, and Spencer Tang ’18. The 200-yard freestyle relay team comprised of Ali Pourmaleki ’18, Kapphahn, Tang, and Tucker finished in second place.

Meanwhile, Tucker ended his rookie campaign on a high note against The Coast Guard, touching the wall second in the 200-yard freestyle event and first in the 100-yard freestyle race. Additionally, Ethan Chupp ’18 won both the one and three-meter diving events against Fairfield to help the Cardinals secure the win.

The team is optimistic as the season comes to a close, and Courville is looking forward to finishing his career as a Cardinal.

“I am really excited that the mens’ NESCAC championship will be hosted at Wesleyan this year,” Courville said. “We have such an incredibly facility here at Wesleyan and I could not think of a better way to end my swimming career than to compete one last time in our home pool.”