Signs of the Times: The Women’s March from Stockholm 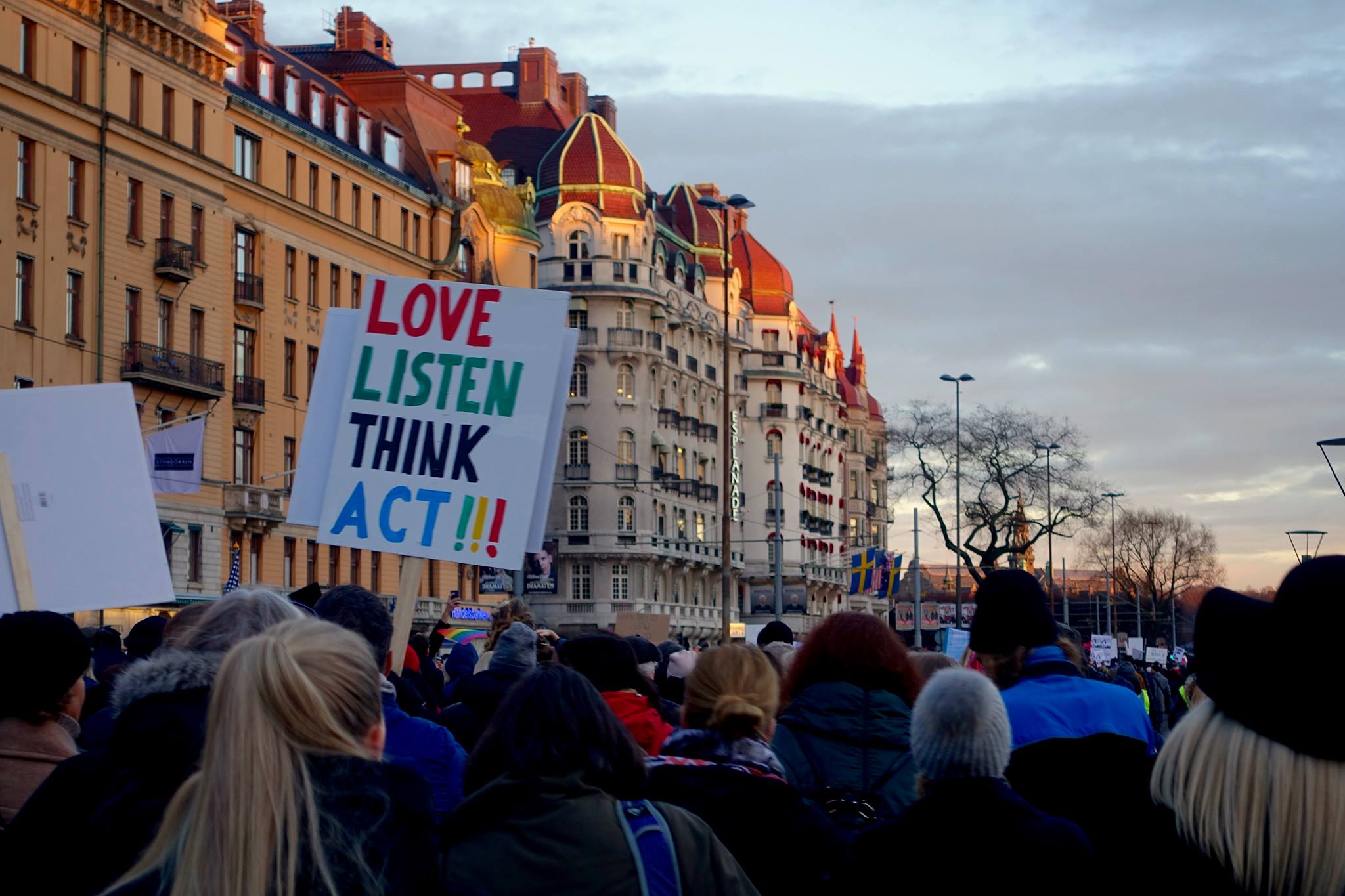 I left the Tunnelbana (Metro) uneasy. Despite still attempting to get my bearings on my sixth day in Europe, I decided it best to ditch the map and follow the pink. Scattered about the surrounding hustle and bustle of the city center worn by kvinnor (women), barn (children), and män (men), the bright-colored “pussyhats,” jackets, and scarves lit up the few remaining hours of cloudy daylight on that gray January Scandinavian Saturday. Accompanied with some new friends from my study abroad program, I was on my way to the Women’s March in Stockholm, Sweden, which began at Medborgarplatsen (the Civic Square) in the neighborhood of Norrmalmstorg. Once there, I entered the crowds to get a better sense of the international gathering’s purpose in reaction to an inauguration an ocean away.

Many mainstream news outlets have narrowly defined the Women’s March as a “protest” of the Trump administration’s policies. According to the March’s leaders, however, advocacy was their foremost intention for the demonstration.

Lotta Kuylenstierna, the head organizer of the Stockholm March, discussed her reasons for facilitating the rally.

“The election in the USA, their political process and who they choose is a separate issue,” Kuylenstierna explained in an interview with The Local. “[Trump is] the leader of a party which stands for political regression…. I am happy to see that we are supporting women in vulnerable countries and through a large number of participants, influencing those we elect politically, as well as making the voices of women so much stronger that their issues cannot be ignored.” 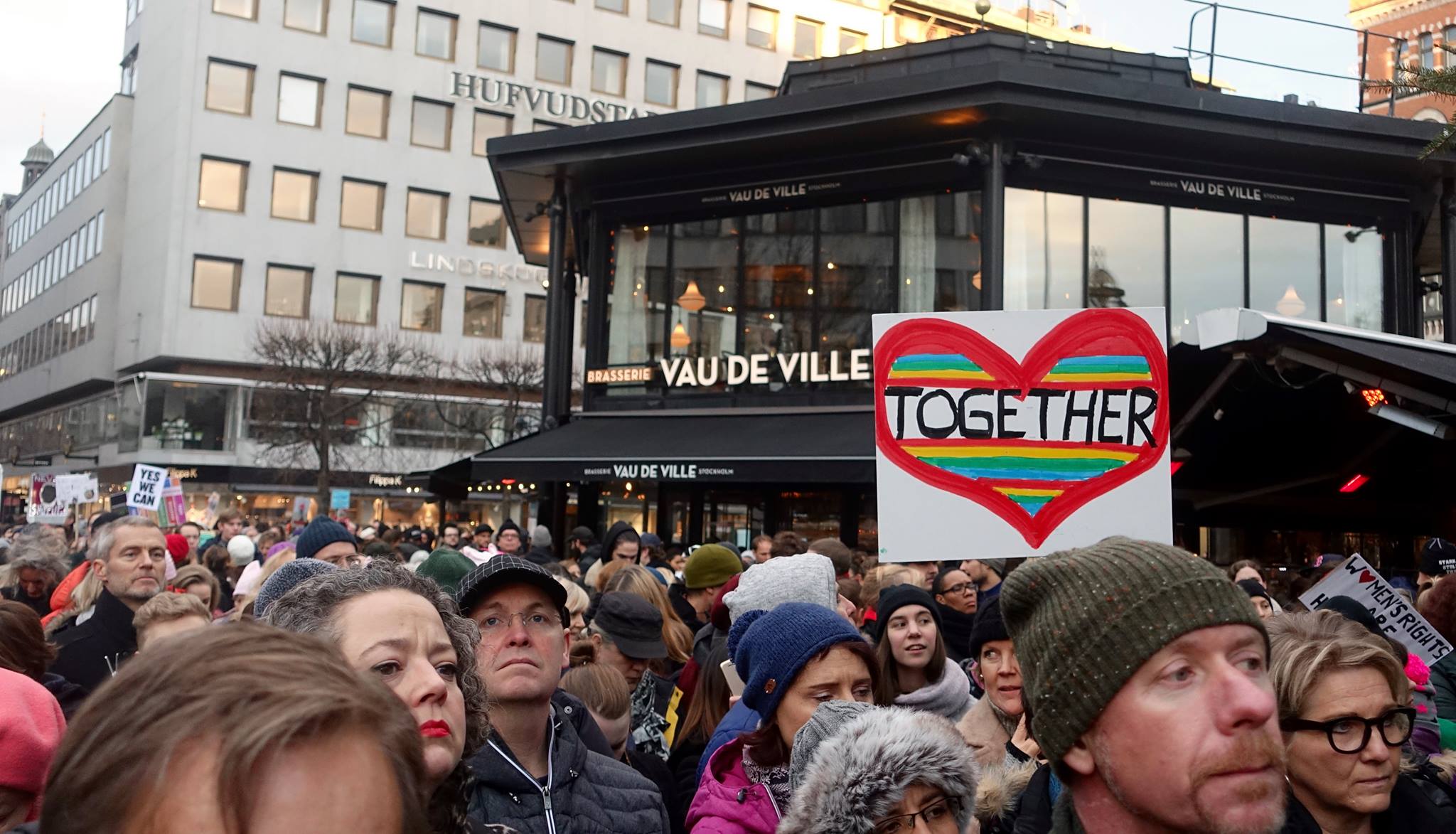 The Stockholm gathering represents just one of 600 Women’s Marches around the globe. With the Syrian migrant crisis having reached a boiling point at the heart of European political debate over the past couple of years, many European countries, including Sweden, have seen a rise of white nationalist-enabling, anti-immigration populism, the same rhetoric which dominated the most recent U.S. election cycle.

While Sweden’s political establishment is largely controlled by Democratic Socialists, the far-right Swedish Democrats have seen a spike in the polls with the 2018 election not far down the road. Elsewhere in Europe, the “leave” vote on the Brexit referendum in the U.K., spearheaded by the anti-Eurozone U.K. Independence Party shocked the world, jumpstarting the process of the nation’s removal from the European Union. France’s far-right Popular Front presidential candidate Marine Le Pen, who recently called upon the U.S. election of Donald Trump and the British Brexit referendum as signs of momentum on her side, is now soaring in the polls for the country’s impending April 2017 election. Both the U.K. and France also held Women’s Marches on Jan. 21, with nearly 100,000 participating in London.

Back at the March in Stockholm, standing several rows from the stage, I had a front row seat to political powerhouse speakers like feminist Liberal MP Birgitta Ohlsson, the head of Swedish Amnesty Anna Lindenfors, Israeli-born leftwing activist Dror Feiler, and the Swedish Left Party’s Jens Holm. They advocated on behalf of political organizing, reproductive rights, trans rights, and climate change awareness, all the while slamming Trump’s cabinet picks and far-right political parties in Europe. After speeches, the crowd began the trip to the U.S. embassy for more demonstrations.

Ayman Kabir ’18 also marched in Stockholm and offered his thoughts on the day.

“Now I’ve had many friends who’ve said that protests and marches like these won’t solve anything,” Kabir said. “I must admit, I myself was in that very same boat until I actually attended the march itself. It was only afterward when I realized the impact of the march. This is a demonstration that simply cannot be ignored no matter how much Trump’s administration tries to play it down.” 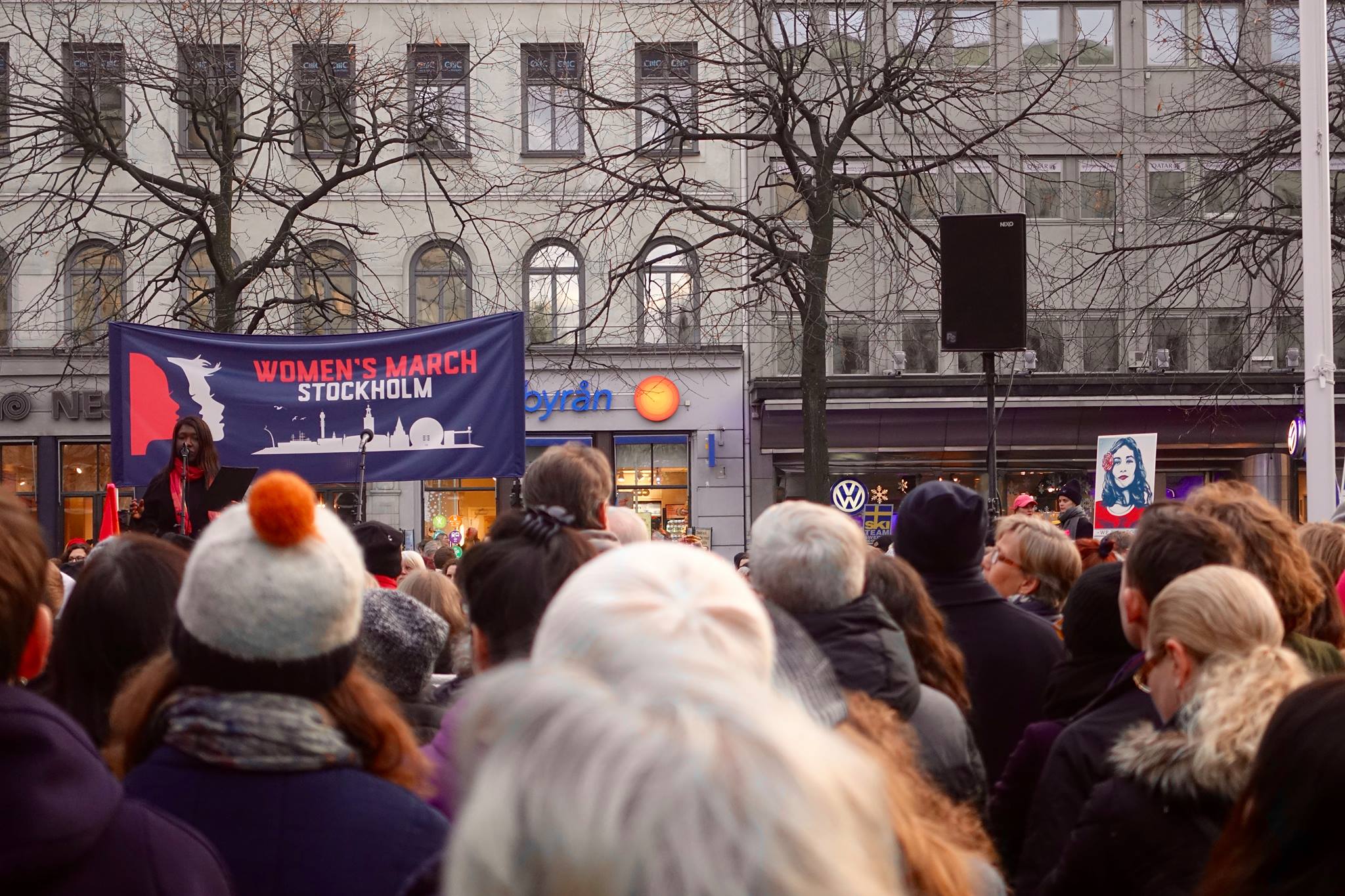 According to Dagans Nyheter, several thousand marchers attended the Stockholm demonstration. As has been reported of larger marches like that in Los Angeles, no arrests were made during this rally.

“I looked through the incident report, referring to these demonstrations and I couldn’t find anything,” Sven-Erik Olsson, duty officer with the Stockholm Police said in an interview with The Local. “It’s been going on without any incidents of violence or anything else.”

While undoubtedly signifying an unprecedented and historic resistance to an incoming U.S. president, for some critics, the Women’s March was a state-sanctioned demonstration of privilege. Despite the March leaders’ calls for intersectional understandings of identity and human rights in their manifesto, some journalists, like Zeba Blay of The Huffington Post, found these ideals of acknowledgment fell short in practice.

“White women who participated in the march can be proud of many things, but congratulating themselves for being peaceful and non-violent is a slap in the face to their fellow POC protestors,” Blay writes. “There isn’t a ‘right’ way to protest. Indeed, peaceful and non-violent protest has, historically, never necessarily protected people of color from arrest.”

Concerns of the march’s representation and inclusion of workers rights, POC, and LGBTQ communities have mirrored internal, left-leaning party struggles throughout Europe and the U.S. from Jeremy Corbyn’s Labour Party to the virtually leaderless Democratic Party. While entrenched political centrism seems to have reached a breaking point, the establishment of national left-leaning coalitions remain to be seen.

Bearing posters like “It’s time to address the elephant in the womb,” and “I’ll see you nice white ladies at the next #blacklivesmatter rally right?,” marchers might not necessarily have worked at intersectional purposes, but these signs indicate the complex array of goals that characterize this period in left-of-center politics. With Trump already having signed an executive order to ban foreign aid groups around the world receiving federal funding from offering abortion counseling, it is too early to tell if fellow marchers will make the transition from sharing their favorite poster of the day on social media to taking concrete steps in the direction of the meaningful societal changes these pithy one-liners call upon.