From the Depression to the Recession: Wesleyan’s Financial Resilience 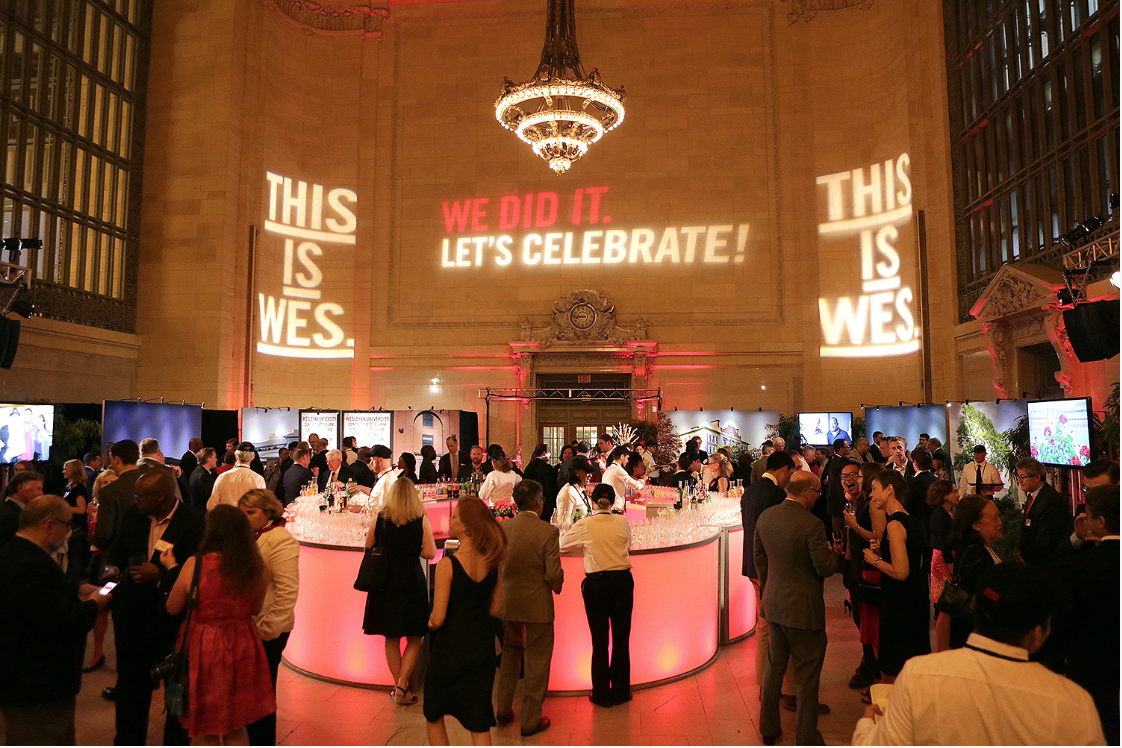 Income inequality’s proliferation has profoundly affected almost every aspect of life in the United States, and higher education has been particularly impacted as both a mechanism for upward mobility and an expensive privilege. Yet in many ways, Wesleyan’s effort to be a force for positive social change while trying to pay its bills has been mirrored in the Great Depression and the Great Recession. In both instances, difficult decisions coupled with resilient students and faculty have led to the University coming out of financial struggles better off than it was before, continuously spurring the next generation of movers, shakers, and culture makers in uncertain economic times.

Between 1929 and 1941, the University kept its head above water while many other institutions of higher learning faltered and collapsed during the Great Depression. The year 1931 proved to be a time of reflection and reckoning on College Row during the University’s Centennial Celebration (perhaps some of us will return to Middletown for the Bicentennial in 2031). One major decision to be made was whether or not to abandon the University’s Methodist identity, which has been addressed briefly in an Argus feature on Wesleyan’s first female students. Part of the shift in the University’s religious affiliation can be seen in the change in rhetoric between its 75th anniversary and the centennial celebration, due largely to the financial strains of the Depression.

According to Wesleyan historian David Potts, dignitaries went from calling the University a “servant of faith” and “a Methodist College” in 1906 to reframing it as “a Connecticut institution” among the great “cultural” colleges of New England by 1931. The pressure of the financial crisis was omnipresent in the centennial celebration.

“Financial worries emanating from the Great Crash in late October 1929 and its aftermath pervaded Wesleyan’s ceremonies,” Potts writes in his latest book “Wesleyan University, 1910-1970: Academic Ambition and Middle Class America.” “Speakers made frequent reference to the ‘unprecedented depression,’ ‘economic machinery dislocated,’ and ‘hard times.’ They called for leadership that would return the nation and world to ‘economic health.’ Such remarks prompted at least four large questions about resources. How would an ably led board of trustees and administration cope with a deepening depression? What role remained for the Methodists? Would alumni rise to the challenge for greater support? If not, how would Wesleyan find funding sufficient to continue development of the physical plant, curriculum, faculty, and endowment?”

Two figures were responsible for the University’s emergence from the Depression and subsequent World War as an elite institution of higher learning: George Davison and Victor Butterfield. Davison, whose name now lives on in the Davison Art Center (DAC) with the bequest of his remarkable print collection, was the president of the Board of Trustees during the Depression. Butterfield, whose influence lies more in the ethos of the University and much of the physical plant rather than the dormitory complex bearing his name, was the Director of Admissions during the Depression before becoming President of the University in 1943. The duo, with the help of President James McConaughy in the interim, kept the University from the brink of collapse while making strategic moves for its future prosperity.

Davison was able to orchestrate fundraising campaigns that kept the University afloat during the Depression, recruiting financiers invested in railroads and banks to pay the bills as revenue from tuition and fees plummeted. McConaughy cut the fat of the University with the “acumen of his business judgment,” according to Davison, while providing soaring rhetoric as a gifted public speaker at the centennial celebration, giving the impression of a sturdy ship when the books said otherwise.

After recruiting a higher performing student body with more diverse interests, Butterfield continued serving the University’s broader interests of liberal education in his transition from admissions to the presidency in South College. Along with continuing the shrewd financial restraint of Davison and McConaughy, Butterfield made the bold decision to begin hiring large numbers of faculty personally during the peak of World War II when almost no university was in a position to hire. This strategic move propelled the University’s pedigree into that of the elite institutions of higher learning in the United States, where it has more or less remained ever since.

During the Great Recession, newly hired President Michael Roth made a strikingly similar decision. Instead of going ahead with a planned $200 million capital projects campaign—which was supposed to include the construction of a museum in what is now Boger Hall along with the demolition of the Exley Science Center to build a new science complex—Roth chose to put the breaks on spending money the University didn’t have in favor of taking advantage of an excess supply of labor at a time when few universities could hire. First, however, Roth had to make the case for not spending money that the University had borrowed on a museum and a new science center.

“I went to the Board in the fall of 2008 and I said, ‘You can’t do this building,’ and it was a beautiful building with some great features, and people worked very hard on it, but I said, ‘I’m not doing this building, and I’m not going to ask you to vote on it, because if I ask you to vote on it and you vote for it, I’ll quit,’” Roth told the Argus in an interview on Nov. 16. “And I was annoyed, because I felt like this was my school, and I was the art guy! I was the art guy, and I was just looking at the books.”

Despite Roth’s training in intellectual history and aesthetics rather than finance or economics, his hesitancy to spend money the University didn’t have proved to be a wiser decision than he could have ever imagined once the housing bubble burst in mid-September.

“That was in September, and a couple of weeks later, Lehman Brothers collapsed, and they think I’m an economic genius. I thought Lehman Brothers were cough drops,” Roth joked. “I didn’t know anything! But I just knew that we shouldn’t spend a lot more money than we had, and so, that’s a long way of saying that when the crisis hit, we had made decisions to protect the University—not because I was so smart—but because it was lucky, in a way. It was the right decision to make. So we were spared some of the worst. If we had borrowed additional money or had started breaking ground knocking down the science building without being able to build a new one, I mean it was all kinds of mishegas that would have happened.”

Much like the Depression and post-war period for Butterfield, Roth saw the financial collapse at the beginning of the Great Recession as an opportunity to get the University’s financial house to innovate more efficiently. Reducing the size of the staff by 11 percent without laying off many faculty members, Roth moved to hire faculty at a time when “you could have your pick.” Almost a decade later, the University has raised nearly a half billion dollars with the This Is Why campaign, doubling the size of the endowment after it went down over $200 million during the Great Recession.

In an era of uncertainty surrounding the future of higher education, Wesleyan students can be proud that the University has come out of financial distress not only maintaining its ethos of pragmatic liberal education, but improving it.