Chappelle and A Tribe Called Quest Help “SNL” Redeem Itself 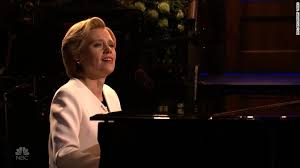 This past Saturday, Nov. 12, “Saturday Night Live” (“SNL”) was undoubtedly marked by a series of milestones. With musical guest A Tribe Called Quest’s (ATCQ) recent release in its final and critically acclaimed album titled We Got It From Here…Thank You 4 Your Service, guest star and comedian Dave Chappelle’s return to mainstream television after 10 years of hiatus, and the shocking Nov. 8 U.S. election resulting in Trump’s presidency, “SNL” writers and performers delivered devastating irony in a series of thought-provoking sketches that left me in tears.

Situated behind a baby grand piano paired with the echoes of a backing organ, Kate McKinnon—dressed as her Season 14 mainstay character, Democratic presidential nominee Hillary Clinton—opened the episode singing a heart-wrenching cover of the recently deceased Leonard Cohen’s “Hallelujah.” Cohen passed away on Nov. 7 just after releasing his final and well-received album this past October. Having McKinnon pay musical tribute to Cohen dressed as the losing major party candidate from this year’s election provided one of the most brilliantly ironic and emotional cold opens performed in recent memory.

“I’m not giving up and neither should you, and live from New York it’s Saturday night!” McKinnon ended looking into the camera while choking up as the crowd burst into applause.

Chappelle appeared after the cold open performing to his strength: a stand-up monologue. After 10 years on hiatus from television, the veteran showman started off cautiously.

“It’s been a long time so please be patient,” Chappelle said humbly.

His set initially discussed the nation’s racial divide illuminated in the recent election results though quickly shifted to center around jokes on current institutional disadvantages and racial discrimination faced by African Americans.

“So I’m staying out of [the anti-Trump protests],” he chuckled at a loss. “I’ll take a knee like Kaepernick and let the whites figure this out amongst themselves.”

Chappelle’s return to television ultimately delivered a comedic spin on the current U.S. political climate at a time when viewers seem pretty desperate for a laugh. He went on to joke about topics ranging from shootings to the Black Lives Matter movement to President Obama’s legacy and transition of power. Chappelle later closed his monologue expressing hopes for the future in earnest.

“I’m gonna give [Trump] a chance,” he mulled over. “We, the historically disenfranchised, demand that he give us one, too.”

The next sketch, titled “Election Night,” was another highlight. It chronicled a watch party full of presumptuous Democrats that increasingly lost hope as results poured in during the Nov. 8 election. Their rationale for a Hillary Clinton landslide began backed by various polling projections from mainstream media sources. As the night went on, however, the reality of a Clinton loss began to sink in, and all members of the party, except for steadfast disbelieving Chappelle, drew confidence from less concrete sources.

“I mean of course [Trump] won Kentucky,” Beck Bennett’s character reassured himself to a visibly doubtful Chappelle.“That’s where all the racists are.”

Later on in the night, special guest Chris Rock walked through the door and stood beside Chappelle, also skeptical of the projection of a Clinton win that the otherwise all-white members of the party continued to insist upon. The sketch quickly became a critique of mainstream assumptions that America is a post-racial society with cast members asserting both racist claims and exclusionary white feminist ideology. Toward the end of the sketch, Rock answered in sarcastic delivery when McKinnon’s character suggested that Clinton still had a shot to win Wisconsin because, according to her, black people vote late.

“Let’s hope there’s a hundred-thousand of us in Green Bay,” Rock laughed. “Brothers love the Packers.”

“This is crazy, I mean, do you even know what it’s like to be a woman in this country where you can’t get ahead no matter what you do?” Cecily Strong’s character asked at the very end of the sketch.

“Now c’mon, guys, get some rest,” Rock said. “You got a big day of moping and writing on Facebook tomorrow.”

As for the musical guest, ATCQ provided a moving tribute to their founding band member Phife Dawg who passed away this past spring. Their first track of the night, “We the People….,” was a personal favorite. Phife Dawg died while the album was being recorded; however, with his pre-recorded vocals, the other members of the act were able to perform. 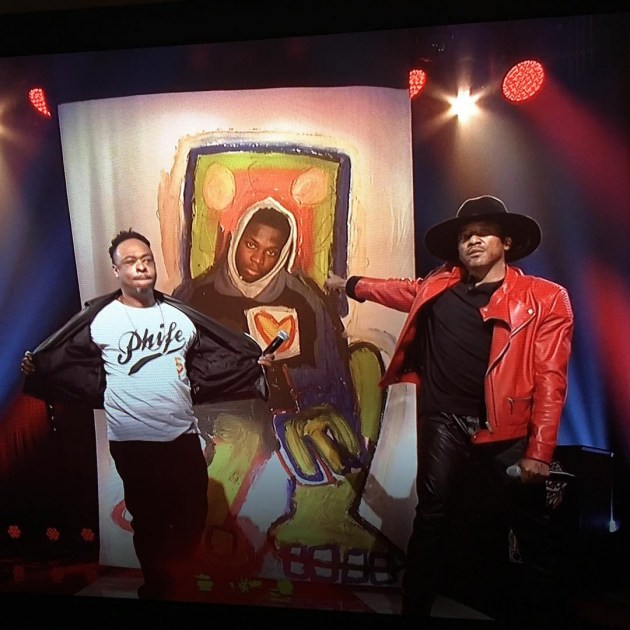 During Phife Dawg’s following verse, the lights dimmed as a canvas fell centerstage depicting a painting of him. Perhaps an allusion to graffiti, one of the four tenants of hip hop, ATCQ memorialized their fallen friend and fellow musician.

Though this episode offered a cathartic and politically conscious take on the state of the U.S., I find it worth noting that “SNL”allowed Trump to host the Saturday prior to the election in a thinly veiled attempt to get a boost in ratings. This move, alongside other late-night comedy shows like “The Tonight Show Starring Jimmy Fallon,” arguably contributed to the normalization of Trump, and consequently his white nationalist ideology, the very rhetoric rebuked in A Tribe Called Quest’s lyrics.

I’m left uneasy in anticipation of future content that will be produced by Lorne Michaels and his writing team. Was this episode anomalous, or an apology for “SNL”s previous expression of political neutrality? More importantly, should we accept it if it is? I’d like to remain hopeful. While the effects of the transition of power for those living in the U.S. remain uncertain, if this episode is any indication of a shift in the show’s focus, a new era of “Saturday Night Live” may have just emerged from the ashes of this damaging election cycle, providing a politically relevant comedic outlet that I greatly look forward to watching over these next four years.