“A Man Called Ove”: A Life Worth Living

"Ove becomes so dependent on this love that he cannot live without it, until he realizes that he can, all with a little help from his neighbors." 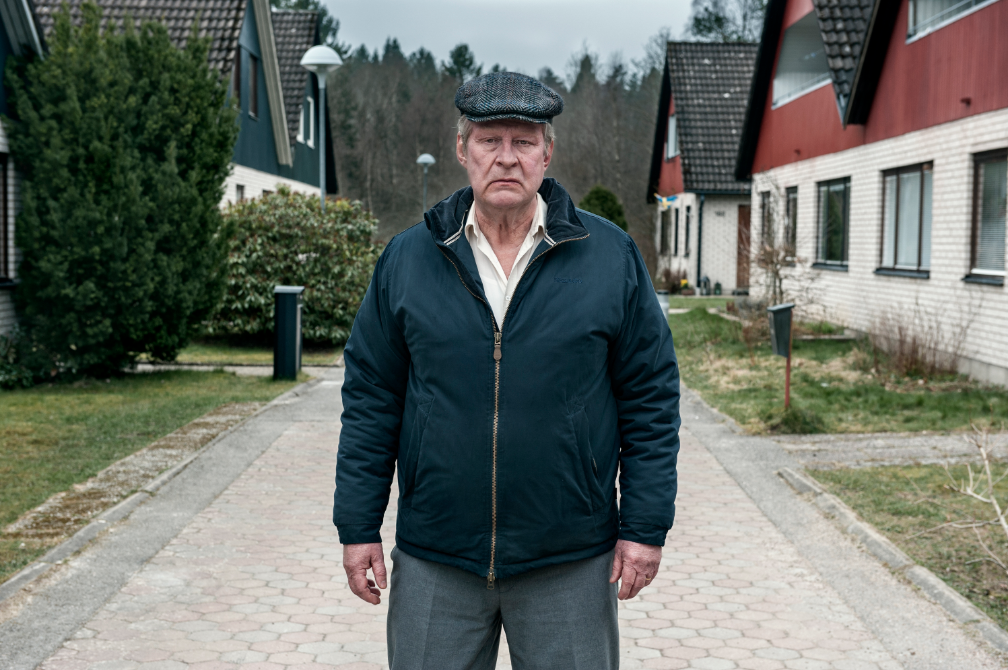 Normally, a movie whose central plot structure centers around a series of failed suicide attempts by a 60-year-old Swedish curmudgeon wouldn’t be remotely watchable, much less funny or uplifting. Yet that’s exactly what “A Man Called Ove” manages to do in 116 minutes. Although it’s ostensibly about old age and widowing, the film is really an examination of love and what makes life worth living.

Written and directed by Hannes Holm, the Swedish film, entitled “En man som heter Ove,” was released in December of 2015 and has recently made its way to independent movie theaters in the United States after being nominated for Best Foreign Language Film at the 89th Academy Awards. The closest theater showing the film is in Madison, Conn.

The hero, Ove, played by legendary Swedish actor Rolf Lassgård, is a grieving widower. The circumstances surrounding his wife’s death remain unclear for much of the film. He’s mainly portrayed as a stickler for the rules in a carless Swedish neighborhood. Ove finds himself alienated from his neighbors after being ousted as head of the neighborhood watch group. With no wife, no authority, and suddenly no purpose in life, Ove calmly and calculatingly decides to end his own life.

Once he drills a hook into his spotless white living room ceiling, Ove fashions an “all-purpose” rope from a local department store into a noose, firmly believing that he will shortly join his wife in heaven. While preparing to dangle from the hook, Ove’s grand exit is interrupted by new neighbors, one of whom is an Iranian immigrant, Parvaneh (Bahar Pars).

The neighbors need a ladder, and Ove’s rigidness around the neighborhood rules has earned him a reputation as a reliable source for domestic maintenance. Somehow more obligated to routine housework instead of the proper entry into the afterlife, Ove steps down from the stool, unties the noose, and gripes to his neighbors about proper ladder regulations and etiquette.

Despite being the Swedish equivalent of a combination of Bernie Sanders, Larry David, and the old man from “Up,” Ove is adored by Parvaneh and her children. He becomes a grandfatherly figure for the kids while not only actively trying to avoid them, but also trying to end his life.

Each time Ove devises a plan to kill himself, some societal obligation prevents him from doing so. It speaks to an interesting aspect of his character and perhaps the Swedish citizenry more broadly: that Ove’s only remaining motivation to live, at least at first, is his civic duty to maintain the order and wellbeing of his neighborhood.

Though Ove is not the deepest character portrayed in modern cinema, he has one, maybe two more dimensions to him beneath his obsession with proper signage, trash bin placement, cleanup of pet feces, and the prohibition of automobiles from the neighborhood. Strangely, this second dimension is his love of cars, or, to be more precise, his love of Saabs (provided they’re not in the car-free zone). Many car buffs have a favorite without needing to hate on other cars, but not Ove. He loses his best friend over a preference for Volkswagen over Saab. The friendship later begins to reform, only for Ove to cut all ties once his friend buys a BMW.

The Saab motif is mainly used for comic relief throughout the film, but once flashbacks to Ove’s childhood and early adulthood begin, it becomes clear that there’s a more important reason why he holds onto Saabs so dearly. Ove grew up without a mother, leaving two ends of his life without a woman who loves him. His father, though short with words, teaches Ove the value of hard work and the dignity in humble service. Much like many young men who can’t have an emotional conversation with their father, Ove’s happiest moments with his dad are when he’s with him at work or riding alongside him in a Saab. No longer having to speak with his father directly in front of him, Ove can joke and take in his father’s brief wisdom while sitting parallel with him, gliding along the open roads of rural Sweden. Unfortunately, Ove loses his father while sharing a particularly happy moment with him at work when he gets hit by an oncoming train. Left without any loved ones, and later without a home, Ove begins aimlessly drifting on the trains his father once repaired.

Then, one morning, Ove wakes up to the sight of a pair of red high-heeled shoes that belong to his future bride. As his hazy eyes slowly make their way up her legs, Ove discovers that he has met the woman who will save him. Sonja, played with magnificent pathos by Ida Engvoll, is a teacher who notices something in Ove while he is sleeping in a train with nothing more than the clothes on his back. They end up traveling the world together, and the honeymoon phase never ends. Their love miraculously grows stronger after Sonja is paralyzed in a bus accident, and Ove dedicates his handyman skills to becoming a disability advocate by building ramps and lowering surfaces for his wife at home and at school.

The unconditional love shown by Sonja—and given Ove’s stubbornness, it is truly unconditional—opens up an entirely new world for the awkward boy turned bon vivant. Ove becomes so dependent on this love that he cannot live without it, until he realizes that he can, all with a little help from his neighbors. Ove proves through his devotion to Sonja’s unconditional love, and his unknowing reciprocity of it to his neighbors once she’s gone, that it is love and community that make life worth living.

The broader conclusion of “A Man Called Ove,” one that most of us are perhaps far too young to fully grasp, is that there can be more to life after one’s soulmate dies, that we can share that lost love with others rather than letting it fester within us.