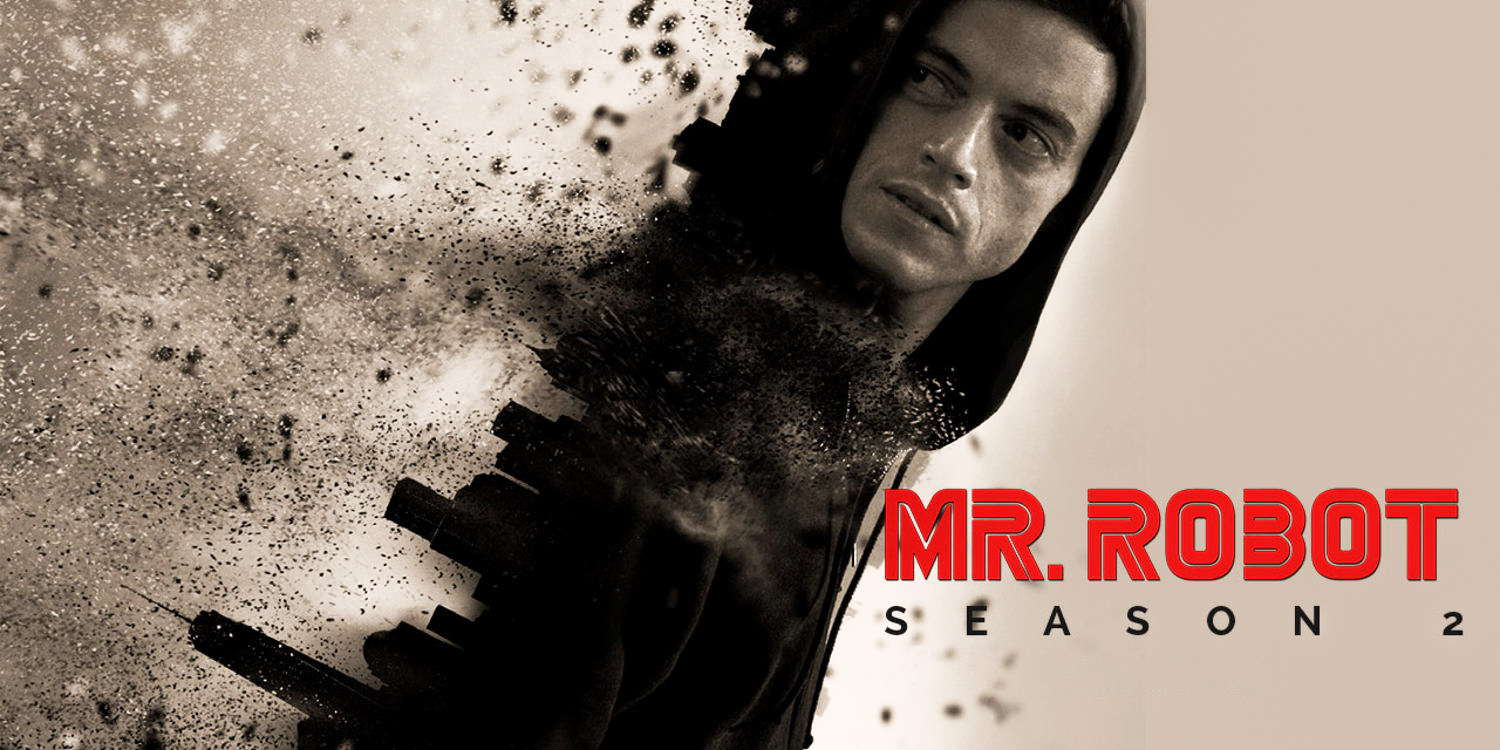 The first season of “Mr. Robot” was a stunning achievement; it was a new, thrilling, and unique show that both examined the world of hacking and used dramatic visual flair to portray its protagonist’s psychosis and emotional instability. Every episode featured edge-of-your-seat thrills, plot twists, and complex characters. It refused to follow simple clichés and standard TV rules, building toward a dizzying, unexpectedly shocking finale.

But, unfortunately, it seems that all may have been beginner’s luck. Season 2 of “Mr. Robot” seems to have forgotten everything that made it great in the first place, and replaced it with a vaguely contemplative, slow-moving, meaningless drama. There are far fewer plot twists; no clear direction for the show to take; a wasted, talented cast; uninteresting villains; and the overarching sense that creator Sam Esmail tried to expand a few episodes worth of content into an entire season.

To be fair, the second season of “Mr. Robot” wasn’t entirely a disaster. The early episodes did an excellent job of exploring Elliot’s deepening psychosis, with the show’s trademark visual flair to go along with it. The best example of this is in episode 5, in which the show plays out as an ’80s sitcom. The employment of this style of storytelling dramatizes Elliot’s means of coping with the fact that, as the sitcom plays out, he’s being violently beaten by thugs. He escapes into his imagination to ignore the pain, but the bizarre creativity with which he escapes is a testament to both his insanity and the show’s artistry. The reveal that Elliot spent the beginning of the season in prison, not at his mother’s house, works similarly well. Elliot must lie to himself about his current situation for his own well-being, and the show again deploys the contrasting visuals of Elliot’s mother’s house and prison to work wonders.

But, in all honesty, any praise for the show’s second season nearly begins and ends there. Where to begin? For one, having showrunner Esmail write every episode was an undeniably terrible decision. Without the help of other writers, Esmail’s plot goes practically nowhere. There are several moving plotlines and mysteries teased in each episode, but they never really add up to anything. The show’s first season played by the smart rule that, for every mystery or plot twist added, one must be resolved. With season 2, Esmail throws this rule out the window with terrible results. Several important, unresolved plot threads from the first season are frustratingly not resolved. Only a few more plotlines are actually added, none of them generating much suspense or interest. The thrills of season 1 are nowhere to be found in season 2.

Due mainly to the lack of compelling plotlines, the show’s incredibly talented cast is given little to do but repeat their character’s basic tropes over and over again. The incredibly talented Rami Malek (who won an Emmy for his performance in this show) continues to shine in spite of the fact that Elliot is given zero character development. Portia Doubleday, playing Elliot’s childhood friend Angela Moss, spends most of the season anxiously staring at corporate executives, never evolving into a Machiavellian schemer or anything interesting like that. Stephanie Corneliussen, playing Joanna Wellick, the wife of the “late” (but not really) Tyrell Wellick, portrays the actual Machiavellian schemer, though it’s entirely unclear what she’s actually aiming to achieve. Newcomer Grace Gummer, playing FBI agent Dominique DiPierro, is established early on as a thorn in fsociety’s side, but is used as nothing more than as a means of teasing potential conflicts for the next season.

The one exception to the rule is Carly Chaikin, who does fantastic work as Elliot’s sister Darlene. Her character, unlike the others, undergoes a compelling character arc in which she becomes increasingly willing to do dangerous, highly immoral things, ranging from house invasion to murder. Chaikin does a wonderful job in the role, with an intense sense of outrage and angst that’s all too human.

Then there are the villains. Season 1 presented its overarching conflict as a battle between fsociety and the giant and corrupt corporations created by capitalism, represented by a company named “Evil Corp.” The first season finale cleverly turned the conflict on its head, as it was quickly revealed that Elliot’s plan to erase global debt and destroy capitalism backfired; it took out smaller businesses entirely, leaving E-Corp. with more power and influence than ever. Furthermore, the group of Chinese hackers known as the Dark Army, who were thought to be helping Elliot and fsociety, were actually working with E-Corp. all along. The season 1 finale had increased the power of the original villains while adding new ones, a seemingly perfect set-up for the second season.

But the Dark Army’s plans were never revealed in the slightest, and in the meantime, they did almost nothing. E-Corp, too, began to play a less scary role, as they spent most of the season trying to compensate for their constant loss of funding. Rather than continue to grow in strength and intimidation, season 2’s villains were increasingly pathetic and boring, adding to the season’s existential crisis.

The path the show is seemingly trying to take only begins to become clear in the finale, which proves to be the polar opposite of the first season’s thrillride. Season 1’s finale turned typical TV tropes on their heads: Rather than portray Elliot’s dismantling of capitalism, the entirety of the episode takes place three days after Elliot’s plans were put into action. Elliot has no memory of the night he put his plans into action, and his co-conspirator Tyrell Wellick has gone missing. The episode, rather than take the standard TV route of simply portraying the season’s climax, focuses on Elliot’s desperate attempts to figure out what he did, as the whole world around him begins to crumble and fall apart.

On the other hand, Season 2’s finale didn’t even bother to wrap up important plot threads. Instead, it functions like a penultimate episode, setting up something exciting to come without resolving anything.  Elliot discovers that Tyrell has been in hiding, plotting to launch “Stage Two” of Elliot’s plot to destroy capitalism: to set off an explosion which would destroy all of E-Corp’s remaining physical documents, which were moved to a nearby storage unit. Elliot, realizing that would require blowing up a building which would kill dozens, tries to shut down “Stage Two” of their plans. Worried that their plans would be ruined, Tyrell shoots Elliot, wounding but not killing him. Before the credits roll, the last shot of the season reveals a full blackout engulfing New York City.

I’d be lying if I said the final moments of season 2 weren’t its best. They contain all the best aspects of “Mr. Robot”: plot twists, mystery, ethical dilemmas, and the fear that our heroes are entirely at the mercy of the powers that be. There’s just one problem: The finale is seemingly the only episode of the season with significant plot developments, several of which would have been much more satisfying if revealed mid-season. Season 2 lacked any clear sense of direction and lacked substantial plot twists. By saving all the significant narrative arcs and plot twists for the last episode, the season, and by extension, the finale, was a total dud.

The upside of all this is that, for all its flaws, “Mr. Robot” at least established several intriguing cliffhangers and questions with its finale. The real question, however, is whether or not it will answer them properly. Because, as it stands, the direction “Mr. Robot” is taking is entirely vague. We have absolutely no idea where the show is going, and it’s hard not to shake the feeling that the show’s creators don’t know where it’s going either. They clearly had tremendously ambitious plans, but perhaps, like Elliot, the showrunners don’t know what they actually are.