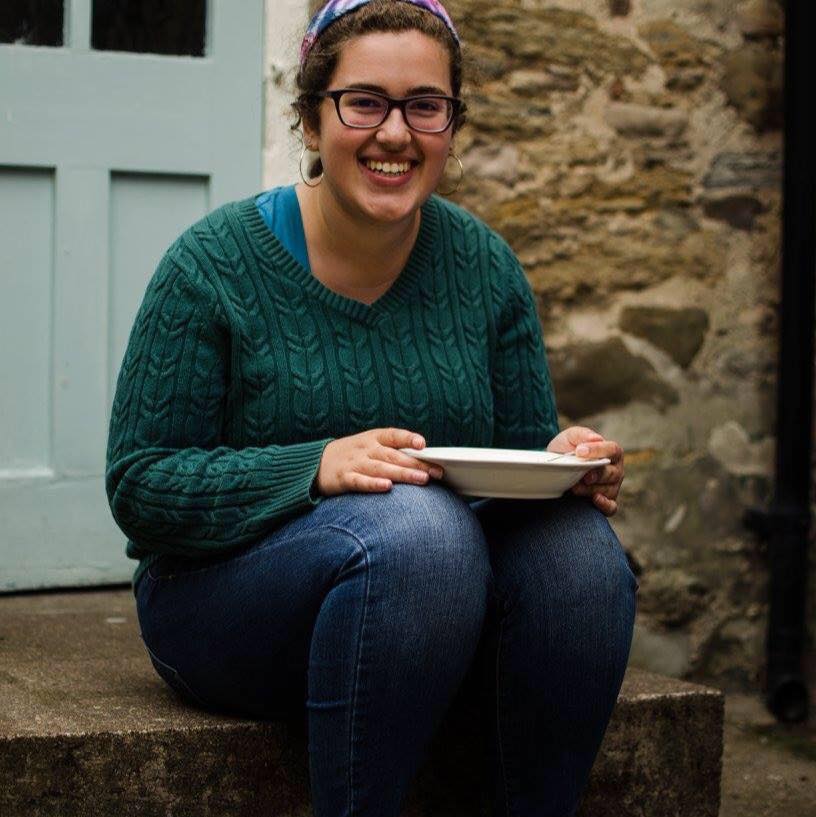 Nadja Shannon-Dabek ’17 takes pride in being a friendly face around campus and currently serves as the volunteer coordinator of WesReads/WesMath. She sat down with The Argus to discuss her activism, her passion for Eastern European folk singing, and her knowledge of four languages.

Nadja Shannon-Dabek: A lot of my friends are like, “Wow, you have so many friends; you know everybody.” I’m not sure I have more friends than anybody else, but I really like to say hi to people. I just really like interacting with a lot of folks on campus.

A: Are you involved in a bunch of extracurriculars?

NSD: I’m in Slavei, which is Wesleyan’s oldest and only Eastern European and Georgian a cappella group. So I’ve been in that for four years, and I am one of the coordinators for WesReads/WesMath, which is really fun. I was tutoring with it for a couple years, and then I just became a coordinator this year, which has been cool. I did intramural sports: soccer, basketball, and softball. I haven’t been doing them this semester. I like to call myself a three-season athlete, even though I don’t know how to play the sports, but I do show up to the games. I know how to play softball, but not soccer and basketball.

A: What work have you done for WesReads?

NSD: WesReads is an organization that sends Wesleyan students into local elementary schools to work with the highest achieving students, in order to make sure that they’re working to the best of their ability. It also allows the teachers to have more one-on-one time with the students who are struggling.

I tutored in a second-grade classroom and a fourth-grade classroom, and the kids were really sweet and smart and cool folks. I really enjoyed doing that, and so I’m now coordinating and making sure that other folks get that same opportunity. We’ll take anyone who wants to tutor, and we’ll teach them a little bit about how to tutor and tell them what our program is. And then they can sign up for whatever slots work best for their schedule. We have two elementary schools that we send people to, and there’s a reading program and there’s a math program. People can do whatever they’re most interested in.

A: Any fun stories from your work with WesReads?

A: When you arrived on campus, were there any activist causes that you were particularly passionate about? How has Wesleyan allowed you to pursue those causes?

NSD: My freshman year, I was really involved in Students for Justice in Palestine. We worked on a divestment resolution, asking the WSA to divest funds from any organizations that support or profit from the Israeli occupation of Palestine. It was really cool because I had been aware of a lot of injustices in the world for a while, especially in Israel and Palestine, but I had never really found a community in which I could actively learn more and also feel like I was really doing something.

A: Is it true you’ve studied three or four different languages? What got you interested in foreign language?

NSD: I started learning French when I was in middle school, and I really enjoyed that. When I came [to college], I thought I would try something new, and so I took German for a year and a half. This past summer, I studied Yiddish, which has a particularly personal connection for me, because my family spoke it back in the day. My great-grandparents spoke Yiddish. But my mom also knows a lot of languages, and so I sort of grew up in a linguistic-y household.

A: How have you found being a Religion and English double major?

NSD: It’s fantastic. They’re both such good departments, and they’re really different. The English Department’s really big, so there are lots of different classes and you can focus on whatever you’re most interested in. I’m doing an American Lit concentration, so I’ve taken a lot of really cool American Lit classes. The religion major is tiny, there’s like 10 of us in our year, give or take. Everyone knows each other. We have parties, which are just times for us to hang out and geek out about the religion major.

A: Didn’t you guys watch “Fiddler on the Roof” in the Alpha Delt Grotto with Professor Rubenstein?

NSD: Yes! That happened. She brought lemon squares, and it was amazing.

A: What are your plans for senior year?

NSD: I just want to keep learning and make the most of my time at Wesleyan. And take classes in areas I might not have taken classes in before. Do things that sound fun, whether or not I think I can do them. Like, I’ve never done Terp, but maybe this is the year, because why not?

A: And once you graduate?

NSD: It’s kind of cliché, but I would love to make a difference, somehow, someway. I really love working with people, so that’s something I’ll hopefully be able to continue to do. I want to keep being a positive presence in people’s lives.