“Eight Days a Week” Won’t Let You Down 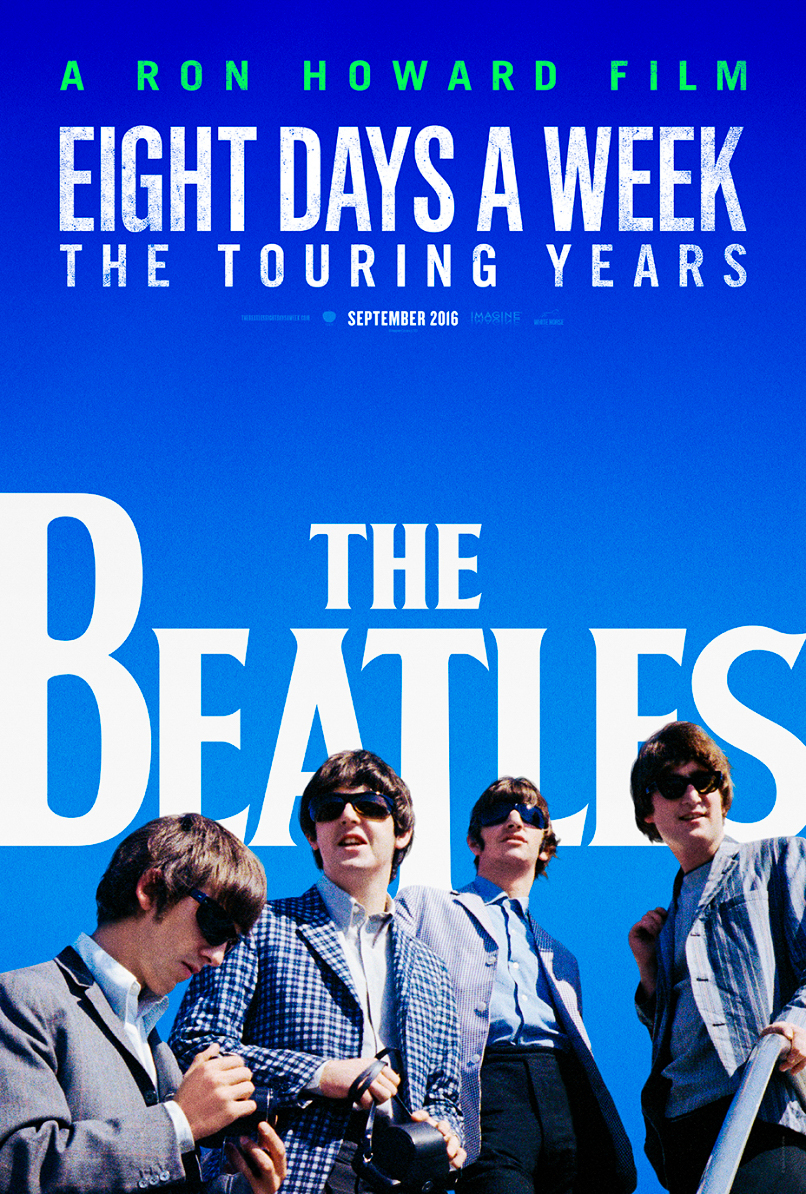 If you’ve ever spoken to me, it’s entirely likely that I’ve managed to either bring up The Beatles or sneak in some obscure song reference under the radar, hoping someone will pick up on it. I can’t help myself. They’re an omnipresent force in my life, and in each moment, I am silently (and often audibly) willing them to be equally omnipresent in everyone else’s.

To emphasize my love of The Beatles (and to make matters worse [better?]), I’m going to launch into a review of the recent Beatles documentary “The Beatles — Eight Days a Week: The Touring Years”, which I only managed to watch after a lot of obsequious persuasion directed at friends with Hulu accounts. The documentary came out in theaters on Sept. 16, and thankfully, on Hulu Sept. 18.

As an ardent consumer of Beatles media, part of me was somewhat skeptical about the documentary, just on principle. The amount of books/articles/movies/satire that have been made about the iconic band over the years could fill up multiple strawberry fields, octopuses’ gardens, Penny Lanes, and long and winding roads. In some ways I found that this fear was actualized while watching the film, and in others I was pleasantly surprised by the new material.

The documentary opens with 74-year-old Paul McCartney, in his quintessential Scouse accent riddled with “you knows,” discussing the transformation the Beatles went through before every concert. They donned their suits and “Beatle boots,” suddenly becoming the band that the audience was expecting. It’s a great opening, not just because hearing Paul’s voice sends waves of excitement into every Beatles fan, but because it feels so familiar. Viewers are also allowed access to The Beatles’ nascent lives on tour. This combination of nostalgia from a new angle is a theme that weaves its way throughout the entire movie. Most Beatles fans, even hardcore ones, don’t know about the little details of the Beatles’ touring years, but they do know the story. This documentary delivers some of those details, in the cheeky way that only a Beatles movie can.

Before getting into the years on tour, the movie provides context on the formation of the band, including some fun shots of the very early pre-Beatles group The Quarrymen, lead by John Lennon, which John was in when he met Paul and George Harrison. The movie quickly moves into the hectic lifestyle of The Beatles while on tour, highlighting the absolute insanity of fans and inundating the viewer with telling photos of fainting 14-year-olds and fan interviews. “Ringo has a sexy nose!” shouts one girl to the camera (I couldn’t agree more). These images and clips truly solidify the hold The Beatles took on the teenage world. They were a phenomenon. Sprinkled in with these images were fun interviews of some of the stars you didn’t know were early fans, like Sigourney Weaver and Whoopi Goldberg. Both interviews were surprising and fabulous, because knowing that these distinguished actors were total fangirls back in the day is both adorable and humanizing.

Whoopi’s interview particularly, along with historian Dr. Kitty Oliver’s interview, gave the documentary a new take that hadn’t been explored in previous films. A lot of the film focused on political and social context, like segregation and the Civil Rights movement, during the age of The Beatles. Some of the shows in America that The Beatles were meant to play, specifically at the Gator Bowl in Jacksonville, were intended to be segregated, an idea that the lads found both ludicrous and wrong.

“We don’t like it if there’s any segregation or anything because it just seems mad to me,” Paul said in a 1964 interview. “You can’t treat other human beings like animals.”

The Beatles refused to play at the Gator Bowl unless the show was desegregated, so the segregation rule was promptly dismantled. Dr. Kitty Oliver recounted the experience of standing next to white people for the first time, yelling and singing as loud as she could. Whoopi, too, noted that she felt The Beatles were universal, ubiquitous, and meant for everyone, regardless of skin color. This context, especially with personal accounts, gives the film a new perspective that certainly heightens its appeal.

After highlighting the brotherhood and camaraderie that pervaded the early years, the film eventually covers the slow collapse of the touring years. Soon, the cramped quarters, the screaming fans, the tiresome sets, and the lack of free time began wearing down The Beatles, and on Aug. 29, 1966, they gave their final performance (discounting the iconic rooftop concert of 1969). The final 1966 concert set in San Francisco was not a particularly moving one either. The Beatles were done.

With a combination of old and new footage, the film gives great insight into the sentiments of the four boys during the end of their years abroad. It’s honest and endearing, and what more can we ask for than that?

Sprinkled throughout the film are some classic songs, many live from the Hollywood Bowl and remastered for the first time by Giles Martin, son of the one and only George Martin. The songs also come on a CD that you can purchase online, and I highly recommend you do, if only to hear the enjoyable introductions to songs and banter from John and Paul. The new footage and images that the documentary presents range from adorable to striking. They, too, make the documentary into its own treasure trove. Other online materials are available, including a wonderful interview live from Abbey Road studios with filmmaker Ron Howard, Paul, and Ringo that I’d highly recommend everyone watch (in some ways, I liked it even better than the documentary).

What all this goes to show is that when it comes to The Beatles, we’re never really out of material. The story may be an extremely well-known one, but it’s not worn out just yet, and this documentary proves there are new angles to be found and explored.

Before watching the film, I found myself mindlessly humming “Please Please Me,” which was the first Beatles single to truly put them on the map. It’s also one of my favorite songs to dance to. If my singing was a metaphor for my hope that the film would fulfill my expectations, all I can say is that it did, and then some. If you’re looking for a taste of honey and nostalgia, or if you’re a new Beatles fan just testing the waters, “The Touring Years” is a great film for the Lovely Ritas and Eleanor Rigbys alike.