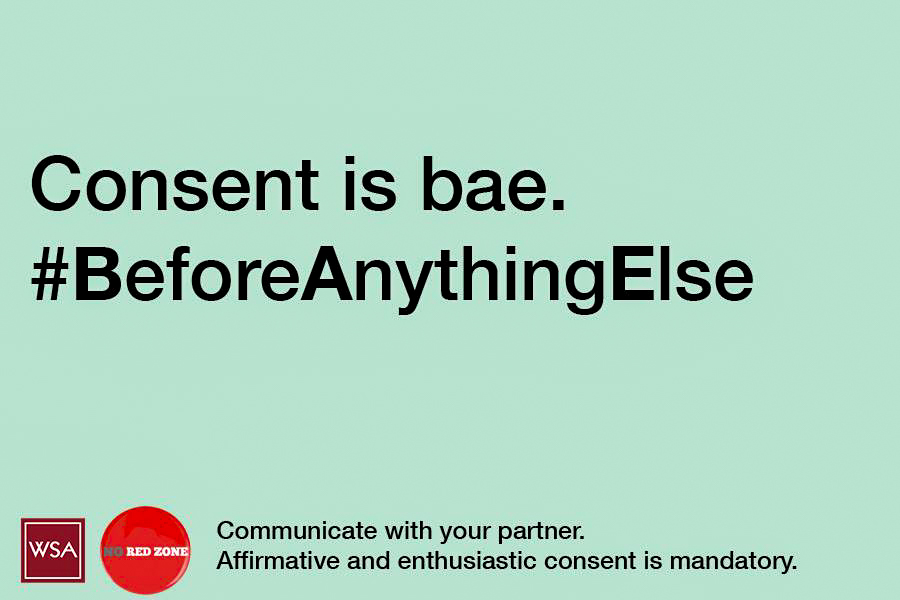 The Wesleyan Student Assembly (WSA) has launched a new initiative to combat sexual assault and raise awareness about “The Red Zone,” the first six weeks of the academic year, in which the most sexual assaults are reported to happen.

“During the first six weeks of school, a disproportionate number of sexual assaults are likely to occur,” Chair of the Student Life Committee on the WSA Lizzie Shackney ’17 said.

The initiative, called Project No Red Zone, is not geared exclusively toward one time of year or toward any particular student demographic. Nevertheless, the Red Zone is notable as the most dangerous time for first year students when it comes to sexual assault, according to the nationwide data available, WSA leaders said.

Part of what makes the first six weeks of school risky for first year students is asymmetric information. Returning students know where everything is on campus, including where alcohol is being served, while new students have much less of an idea of where to go at night or where safe places on campus can be found.

“There’s definitely a power imbalance,” Shackney said. “On one level, you have first-year students overall not having had in-depth conversations about what consent is and why it’s important. Amongst each other, they may not be having these conversations with their partners.”

The main goal of the plan is to let students know as much as possible about the resources available to survivors of sexual violence.

“We want to make sure that people know how to file no contact orders, find resources for survivors, know about the academic accommodations available for survivors, and how to be a good resource to a peer who’s experienced sexual violence,” Rebecca Hutman ’17, President of the WSA, said.

Last year, at the National Campus Leadership Conference, Hutman met Jess Davidson, then Vice President of the University of Denver Student Assembly, who had implemented a program similar to Project No Red Zone during Denver’s orientation in 2015. Hutman learned from Denver’s efforts and hopes that the initiative will have a lasting effect at the University.

“We’re seeing if there are ways in which we can actively and consistently teach consent,” Hutman said. “Not just like a one-time event, but in a way where it’s ingrained in the culture.”

When asked if there are areas that are higher risk than others at the University for sexual assault, Hutman pointed out that a lack of data makes targeting particular locations difficult. However, she has looked to student group leaders to help embed enthusiastic consent in the culture of the University.

“The reason that we’re going through group leaders is that we want to have the culture of consent enforced in all of these environments that we find ourselves, no matter how busy people are,” Hutman said. “We also worked with Alysha [Warren] to put together a resource guide…that people can have on hand in their rooms.”

Although Project No Red Zone has been researched extensively and is coordinated with several different groups and offices, Hutman said that she welcomes feedback and further involvement from members of the campus.

“The product is intentionally open-ended and undefined and multifaceted, so that if anyone has ideas for how to contribute and enhance it further, or ideas for a new collaboration that could be part of the project, we’re really eager to hear about it,” Hutman said.