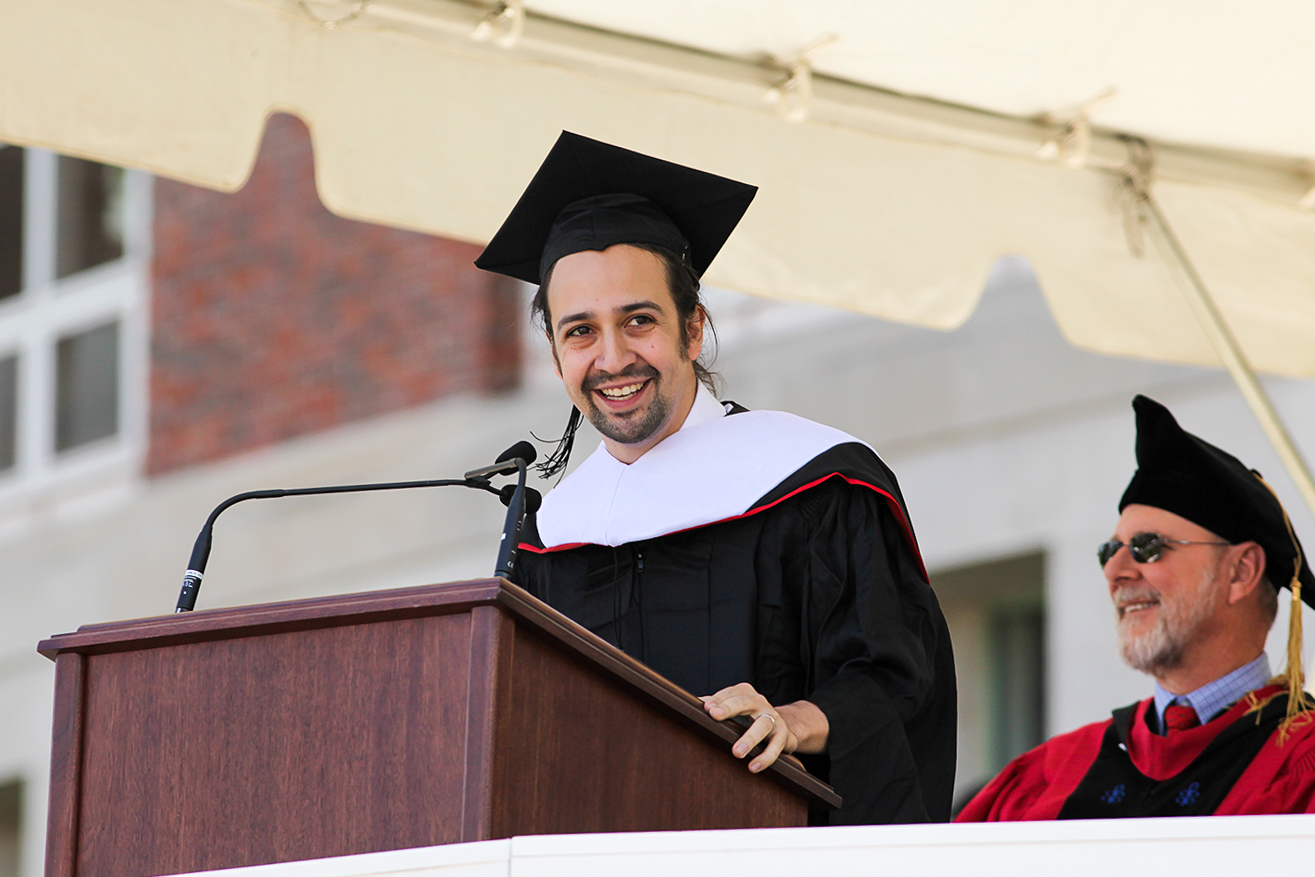 Students who believed that the University’s obsession with Lin-Manuel Miranda ’02’s play “Hamilton” couldn’t run any deeper are in for a pleasant surprise. On June 15, the University announced a new scholarship, The Wesleyan University Hamilton Prize for Creativity, in honor of the Tony-award winning play’s star and writer, Miranda.

The grant is also dedicated to “Hamilton” director Thomas Kail ’99, and is a four year full-tuition scholarship. It will be awarded each year to one incoming student whose “work of fiction, poetry, creative nonfiction or other creative written expression reflects the originality, artistry and dynamism embodied in ‘Hamilton,’” according to the University’s blog.

Miranda and Kail will sit on a panel, among members of the University faculty and alumni, that selects yearly winners. According to the Hartford Courant, an anonymous donor is providing financial backing for the scholarship. Scholarship application details are forthcoming according to The Hamilton Prize’s website.

Miranda’s excitement over the news was palpable. He tweeted an all caps exaltation shortly after the award’s announcement.

“I’M A GET A SCHOLARSHIP IN HAM’S NAME I PROBLY SHOULDNT BRAG BUT DAG WES IS CHANGIN THE GAME (OVERWHELMED by this),” Miranda wrote.

Later, Miranda reflected more soberly on the potential impact of the scholarship.

“I’m truly honored and excited that Wesleyan has created this prize,” Miranda said in the University’s blog. “Wesleyan nurtures creativity and encourages students to make connections across disciplines. I got my shot at Broadway thanks to the start I had as an artist in this environment, and I hope this prize will help other young writers to get their start.”

University President Michael Roth announced the scholarship through his Huffington Post blog in a post titled “‘Hamilton’ and Liberal Education.” Roth’s essay brings full circle over a year of collaboration between the University, Miranda, and “Hamilton” brands. Miranda was the University’s 2015 Commencement Speaker, and in his speech he flaunted the rapping abilities that have made him a staple of late night talk shows. In addition, on Oct. 2, 2015, the University hosted a sold-out benefit performance of “Hamilton” at the Richard Rodgers Theater in New York City that drew over 1,300 Wesleyan students, faculty, and alumni. Tony award-winning producer Carole Shorenstein Hays, a parent of two University alumni, brought out the house. To the crowd’s delight, Miranda took the stage beforehand in a Neon Deli t-shirt and a University jacket. The University raised approximately $1.6 million for financial aid through ticket sales and additional fundraising efforts.

In President Roth’s post, he noted that productions like “Hamilton” showcase the unique value of a liberal arts education, in which students are given the tools to provoke meaningful examinations of conventional racial and cultural paradigms.

“At a time when many worry about the fate of the creative humanities at American universities, ‘Hamilton’ reminds us, at many levels, that education can help enlarge the power of engaged citizens to overcome traditional hierarchies,” Roth wrote. “We’ve created the Hamilton Prize to reflect our commitment to educating young people with the potential to revitalize our economy…and energize a culture characterized by connectivity and creativity.”