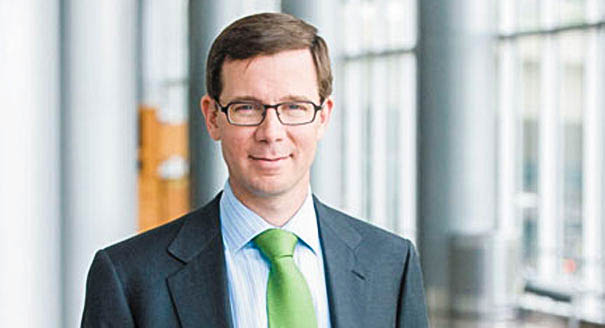 On Monday, the Argus published part one of an interview with Politico founder and publisher Robert Allbritton ’92. In continuation of this conversation, Mr. Allbritton talks Politico Europe, terrorism, and Donald Trump.

On Politico in Europe

The Argus: So, in an age where there is more market competition then ever, what business or strategic decisions have allowed you to double Politico’s revenue in the past four years?

Robert Allbritton: We are increasing on the subscription side. We are looking into other economies where that might make some sense. We went into Europe about a year ago, which is doing awesome right now. Although unfortunately they’ve all been turned from political reporters to terrorism reporters. The Metro station that blew up [in Brussels, Belgium] was right in front of our offices.

A: Right, you were just in Brussels last week. What was that like?

RA: It’s typical Belgium. All the security is in the wrong place, whatever. [Laughs.] Politico Europe guys coined the phrase that Belgium is a “failed state” a few months ago. At first everybody was pissed off like, “How could you say that, failed states are poor? We’re rich.”

As time’s gone by though, even they have adopted that phrase saying, “Oh maybe we’re a failed state.” It’s two different cultures that were slammed together, and there’s no centralized authority, or policing, or investigative authority that can actually do anything. It’s a bunch of village police departments that are trying to stop terrorism and they don’t talk to one another a lot.

A: Do you think that’s going to change post the attacks? Has there been a proactive solution?

RA: No, actually, I think the attitude over there is more along the lines of, “oh well, I guess this is something we have to get used to.”

A: Wow, that’s a depressing frame of mind.

RA: Don’t forget, that’s been Belgium’s attitude for a hundred years, with governments that don’t do anything.

A: So what made you think it was smart to expand Politico’s operations into Europe?

RA: It makes total sense. It’s a 50/50 joint venture with Axel Springer, probably one of the most forward thinking of all media companies. Their goal is to be the leading digital news provider period. And they are aggressively moving. They’ve bought Business Insider; they’ve got investments in several different areas. Quite frankly, when I went over there I thought, “Yeah, I’m not going to do as well as an American going to Europe and telling them about their politics.” I needed to have a partner that has serious chops in that community.

It makes sense because [Europe] is the other hub of Western democracy and policy creation that affects the whole world, including the United States, economic, socially, and statistically. It was just a logical extension of what we’ve done. And we’ve had a lot of success.

We just had two different surveys come back from two different research groups, and both of them said Politico Europe is the most influential political publication in Brussels today. I think it is because they are a hometown newspaper, you know? They are not seen as an American paper. I think they are seen as the paper of the European parliament and commission.

A: How did you guys successfully brand it that way?

RA: We just called it Politico. We talked about different names for it, like Politico Europe. And I was like, “Really, do we call our paper at home Politico America?” It’s what we do, just for a different audience. It’s the same things driving it.

They are meeting all of their economic mileposts, and they are ahead of their business plan. It’s not about whether I am happy; it’s about whether my partners at Axel Spring are happy. And they seem very happy. We are talking about accelerating our growth plans over there. These are all wonderful problems to have.

A: You talked about the sort of reactive, minute-by-minute coverage that dilutes the quality of journalism and public discourse, but is Politico completely immune to this? Does your higher-end content separate you from, say, the Donald Trump effect?

RA: I mean, on the Donald Trump [effect]: he’s running for office. There’s a serious chance he could be the nominee. You have to treat him as such.

There’s some that think that politics is nothing but a popularity contest, and I think he’s playing to that to a certain degree. He’s running a different playbook than everyone’s accustomed to and they don’t really know how to deal with it. He might be right; he might be wrong. But we should try and not be judgmental.

We’re a little bit like ESPN in that we love the game. We don’t necessarily have a favorite team. We don’t have passion for left or right; we have passion for the game. With Trump, look, he’s had success, so he must be doing something right. And right now, he’s facing some headwinds. So, maybe his model doesn’t work 100 percent.

To me, it’s more fascinating to watch it unfold. I think for all our guys we really want to see what’s going to happen next and whose going to punch and counter punch. And there’s a process here.

A: Right, but do you think you’ve covered him fairly or with accurate scrutiny?

RA: Well by the way, if he says something that’s bat shit crazy, we’re going to treat him the same way as any candidate who says something bat shit crazy. It’s not like everything you say we have to sit there and go, “Oh, that’s legit.” No, I mean Newt Gingrich last cycle talked about colonies on the moon and we called him out for it. On the other hand, if someone says I support this, and this, and this, and the majority of Americans agree with you, that’s fine. It’s called democracy. This is a republic; that’s how the system works.

Is Journalism a Sustainable Career Path?

A: Because of all the technological and economic changes we talked about, many students today at a school like Wesleyan view journalism as a very difficult career path to make a living in. Do you agree? Do you have any advice for young people who want to pursue journalism?

RA: It’s totally possible to do, but it kind of goes back to the beginning of what we talked about. The thing that I think a lot of journalists have a problem with today is that it is becoming rapidly apparent that all journalists are not created equal.

RA: I think mentally that’s just hard for people to grasp. It’s not that the bottom salaries have gone way down. It’s that the top salaries have gone way up. There are only a handful of people that are worth that, but they are out there. They seriously move the needle. So, is there opportunity for folks who go into journalism, yeah there is, but it’s not what it once was. There are people who are stars out there and they get paid like stars.

A: It sounds almost like a celebrity factor that wasn’t there before.

RA: Yeah, almost. And it’s a really short list of who are capable of pulling that off. From that point of view, it’s healthy. We are trying to expand what we can do, and the number of positions we have, in this industry. We are trying to do it in a sustainable model.

But we are one shop, one publication. I don’t know what it means across the board—whether the net number goes up or down all things considered. Over time, you’ve got a lot more entry level positions, but it’s harder to move up the food chain. Whereas before, it was just a rite of passage: you stay long enough, you get the raise, and move on.

In the meantime, I also think if you are getting ready to get into [your] junior year, and everyone’s starting to think about their major and what they’re doing next, I think it’s ridiculous. I don’t think most people know what they want to do until they’re in their mid-20s anyway, with a few exceptions, like if you go to law or medical school.

Beyond that, people have the opportunity to say later in life, “Yeah, I tried it for a little, and I don’t like it, and I want to try something else.” If you like journalism, try it. But you better damn well find something you enjoy doing because you are going to spend a hell of a lot time doing it.