In “Lilting,” Two Strangers Mourn and Grow Together 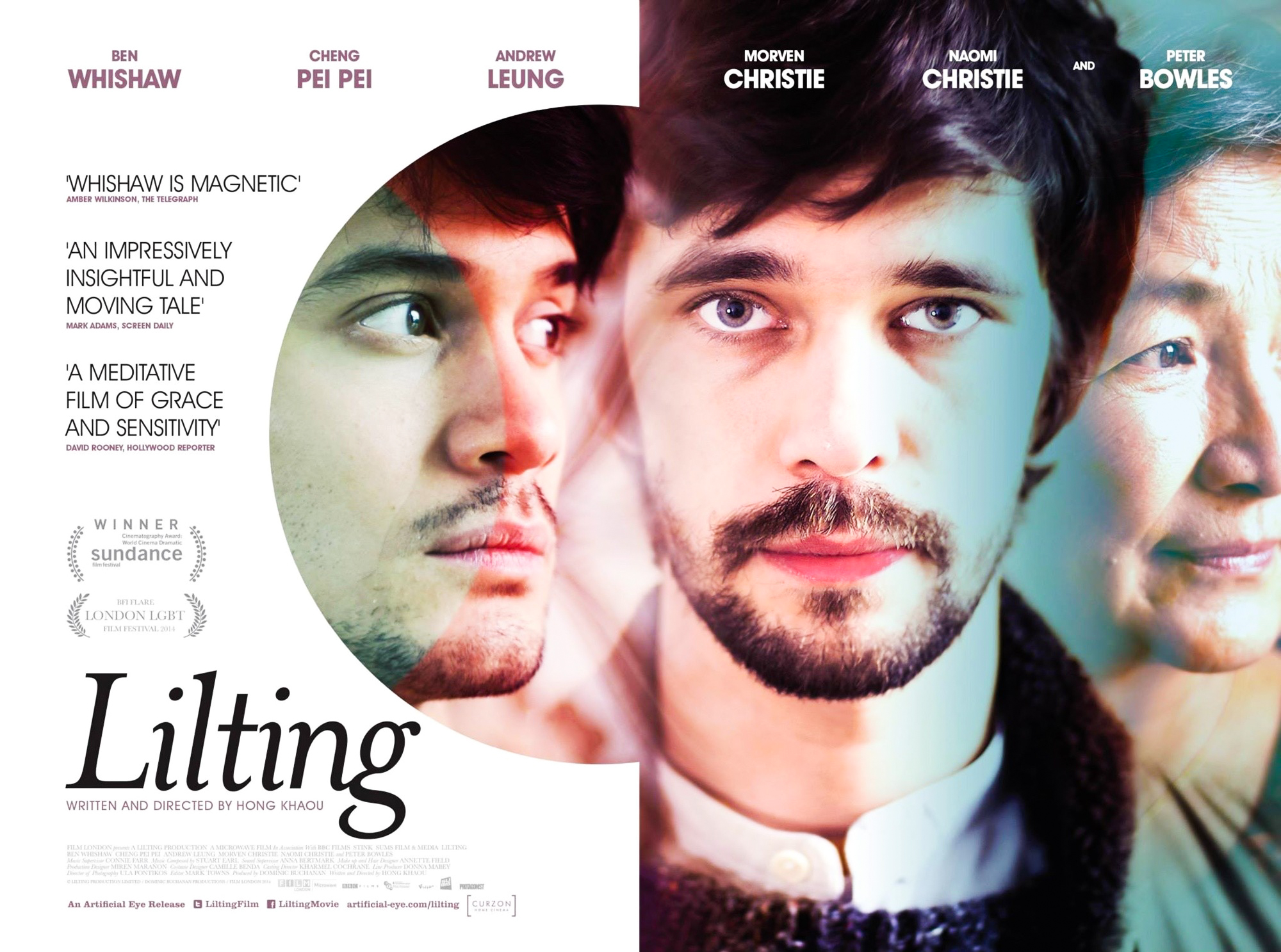 Independent films are often distinguished by negative elements such as low budgets, limited release, and little publicity compared to heavily advertised productions by major film studios. However, one of the most outstanding aspects of an indie film is its potential to authentically showcase the aesthetics and artistic vision of its director and creative team without being influenced by its studio’s desires to conform to mainstream trends and fulfill box office targets. One exemplary result of this freedom is “Lilting,” which premiered at the 2014 Sundance Film Festival and marks the debut feature film of its director and writer Hong Khaou. “Lilting” exhibits Khaou’s delicate yet striking approach of exploring grief through the lens of language.

“Lilting” opens with a young man named Kai (Andrew Leung) visiting his mother Junn (Cheng Pei-pei) at an assisted living house. He invites Junn to cook dinner at his house, with a foreboding tone, hinting that there is something awaiting her there. Meanwhile, Junn expresses that she feels locked up in her new home, where she is unable to talk to anyone, as she cannot speak English. We learn that she has recently met a man, with whom she spends time despite their inability to communicate through a common language.

Their conversation is interrupted by a staffer entering the room, and suddenly it becomes clear that Kai has died some time ago, remaining a figment of his grieving mother’s imagination. Following his sudden death, Kai’s long-time partner, Richard (Ben Whishaw), pays a visit to Junn and finds himself unable to connect with her. To overcome the language barrier, Richard hires Vann (Naomi Christie) as a Chinese-English translator for Junn and her boyfriend Alan (Peter Bowles). While both Junn and Richard are still dealing with the loss of their loved one, Vann seems to just frustrate everyone rather than help them connect. Richard keeps his romantic relationship with Kai a secret, and Junn blames Richard for the distance she had felt from her late son before his death.

Despite the fact that the plot revolves around Kai and his death, he ultimately becomes more of a supporting character in a plot that focuses mainly on the grief of a mother and her son’s partner who struggle to find solidarity with each other. Most of the scenes that involve Kai depict him through the memory of either Junn or Richard, revisiting one of their last memories with him. The film primarily consists of a series of scenes between Junn and Richard, interspersed between flashbacks to one of the characters’ memories of Kai. This framework growingly accentuates the importance of these memories for each character and creates an effective narrative that allows the audience to grieve alongside Junn and Richard.

As the lens through which grief is explored, language in “Lilting” is used as a reminder of how unfulfilling the communication of emotions can be. Each time a character attempts to put his or her feelings into words, the sentimental meaning behind their words lose their significance. For example, when talking to Junn through Vann, Richard often stops Vann and changes his mind before she translates a sentimental sentence that would reveal his relationship with Kai.

Most importantly, there are no English subtitles provided for the Mandarin-speaking Junn, which renders Vann a translator for both the audience and the other English-speaking characters in the movie. Considering the many aspects of Junn’s speech that are most likely lost in translation, a Mandarin-speaking audience member would have a considerably different experience in terms of the film’s linguistic aspects than a viewer relying solely on the translator to understand Junn’s speech.

With a budget of less than 180,000 dollars, “Lilting” is blessed with a cast that’s more than capable of doing justice to its intense and intimate script. Cheng Pei-pei, the legendary Chinese martial artist best known for her role in “Come Drink with Me,” plays a convincing mother who, despite not understanding the majority of people around her, emanates a strong sense of tranquility that keeps Richard coming back to her for advice. Ben Whishaw, known best for his stage role as Hamlet and his on-screen role as “Q” in the last two James Bond movies, delivers an inspiring performance that is potentially his most emotionally invigorating and well-executed one to date. Naomi Christie portrays Vann as a translator caught between two worlds who feels responsible for helping Junn and Richard find some sort of resolution in the midst of their grief.

“Lilting” benefits from the unique vision of its director, a powerful script, and a cast that embraces and explores their characters to the fullest extent. The ending, however, fails to fully resolve the issues that were so delicately explored and dealt with throughout the movie. This is perhaps done to deliberately echo the inevitably everlasting effect of loss that can only diminish but never fully disappear. Regardless of how one interprets the approach this movie takes in handling the complex issue of grief and mourning, it is certainly worth seeing for anyone interested or curious about the subject matter.

Independent movies like “Lilting” are the rejuvenating elixirs that inspire filmmakers to commit to their vision and present it to the world as they imagine it, untainted by the demands of studios, box offices, or the general public. “Lilting” is currently available for streaming on Netflix.