After a nine-month hiatus caused by semesters abroad, Thatcher are back on campus with a masterful EP. 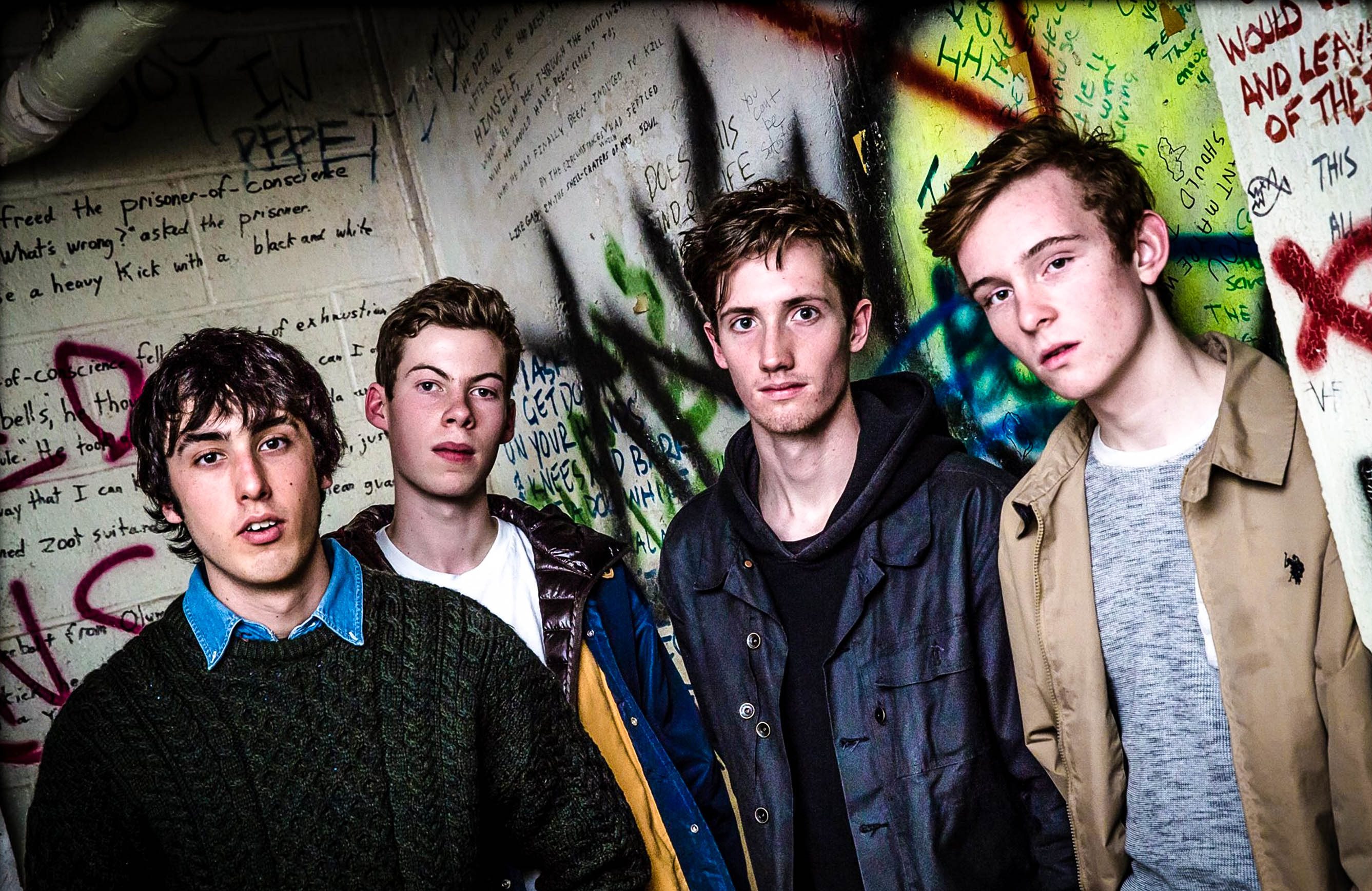 On the second floor of Eclectic in a bedroom filled to the brim with friends of the band, and even an indie rock-fueled dog, Thatcher debuted their latest EP, Plutonic Forever. In case you’re about to open up a new tab or whip out your pocket dictionary to look up what the word “plutonic” means, I’ll save you the trouble. Defined by the Oxford English Dictionary as, “Of, relating to, or suggestive of the god Pluto, or the underworld which he was believed to rule; infernal, demonic,” “plutonic” is the edgier substitute to its easily mistaken homophone “platonic.”

The word dates back to 1596, when it was used to refer to Satan by Elizabethan poet and conspirator Anthony Copley. Plutonic Forever, however, is 13 minutes of smooth oscillation between energizing angst and mellow sweetness. For Thatcher, Plutonic Forever is the culmination of a nine-month hiatus—due to members of the band studying abroad during different semesters—that serves as an experimental departure from their previous sound, yet the EP remains remarkably cohesive and centered given the band’s loud concert presence.

“I think this EP is a lot more experimental and noisier,” said Jesse Cohen ‘17, Thatcher’s lead guitarist. “We tried to make something that was just more comprehensive, something that you play at the beginning and the whole thing doesn’t really stop until it’s over, instead of just five songs or four songs jammed together.”

In a successful effort to diversify the band’s sound, Thatcher added new instruments to Plutonic Forever that weren’t as prominent in their eponymously named EP.

“In this EP we tried to make room for a lot more instruments, too,” said Alex Lee ’17, drummer and founder of Greyscale magazine, which responds to new albums with art criticism that is artwork itself. “There’s a lot more synth, slide guitar, violin, an acoustic song, and bagpipes,” Lee said.

Mastered by Mikah Feldman-Stein ’16, Plutonic Forever’s studio sound is able to capture the band’s live energy while remaining safely within the friendly confines of your speaker system. The band has also added a considerable amount of depth to their sound, with the title track, “Plutonic Forever,” consisting of 25 different tracks mixed together by Thatcher.

When asked about the ethos of the EP, bassist Chris Gortmaker ’17 discussed how the band tries to capture its vibrant live music, which actually resulted in their one of their favorite songs to play live—“20”—getting cut from the EP.

“We wanted [Plutonic Forever] to feel as natural as possible,” Gortmaker said. “[‘20’] is the song we think is our favorite song to play together. It’s a song we’ve written really collectively, and we love to play it live, but it’s one of those things that we haven’t captured yet, and maybe we never will capture it in recording.”

The EP’s ethos is best distilled in the title track “Plutonic Forever,” which features some of the most powerful and biting lyrics in Thatcher’s oeuvre: “Settle down, carve our names, torrent the world / Plan for funerals, settle down, flake out on meals, combing the knots, / Plutonic forever.”

Beyond the mysterious quality of their lyrics, one of the most salient aspects of Thatcher’s sound is provided by lead vocalist and guitarist Ryan Breen ’17, whose voice has an impeccable range, whether he’s belting out loud choruses or softly caring for his lyrics with a tender sotto voce. Breen is perhaps at his best in the EP’s title track, where he shows off his range in a song that drifts between sweet verse and haunting refrain and chorus. Sitting next to me during and after the album’s debut in Eclectic, Breen opened up about his songwriting process for the EP.

“About the record itself, I think for a while before it when I was writing songs I would think like, ‘How can I make this sound like a Thatcher song?’” Breen said. “I would be stuck in these particular spaces where I was trying to write a song that I thought would work with the band, and with this album I think it was a lot more of like, ‘These are the songs I’m writing,’ regardless of whether or not they’re gonna work. It was sort of a more emotional exploration of trying things without really worrying about if they would sound right for Thatcher.”

“You sort of get in Breen’s head,” Gortmaker chimed in.

Breen painted a vivid image of his own reaction upon listening to the album among his friends for the first time.

“It’s so hard to tell if it’s good because my nose is so close to the painting,” Breen said. “I can’t really step back and tell objectively anymore if it’s good or not.”

Plutonic Forever was a long time in the making for Thatcher. Released after their extended hiatus, this EP is a symbol of the personal growth the band members have undergone since the band was last playing on campus in the fall semester of 2014.

“We recorded this in late August right before me and Chris [Gortmaker] left to go to Europe,” Breen said. “I had some song ideas kicking around and we’d been playing a couple of songs for a while, and we wanted to lay down another EP, so we got up in Chris’ basement and put the tracks together and have just been shooting them back and forth across the internet, across the Atlantic. Once we got back on campus we knew we wanted to put it out, so we’ve just been working with Mikah [Feldman-Stein], which has been great.”

Feldman-Stein’s mastering and the band’s mixing give the album a much more polished feel than most college bands with Thatcher’s noise level would be able to achieve.

“I think ironically this is by far more cohesive than the last EP we did,” Cohen said.

The best examples of Thatcher’s newfound cohesion can be found on tracks like “Porch,” “Over It,” and the instrumental opening track “din?”. All have a balanced and multifaceted layering to them that Thatcher concert-goers of years past wouldn’t have heard before.

“Elbows Out” is reminiscent of Thatcher’s patented concert aesthetic of moshing coupled with serious lyrical contemplation. Breen’s screams reach the frontier of your speaker system before retreating back to the song’s equilibrium like an ocean wave.

This article has been updated to correct inaccuracies. 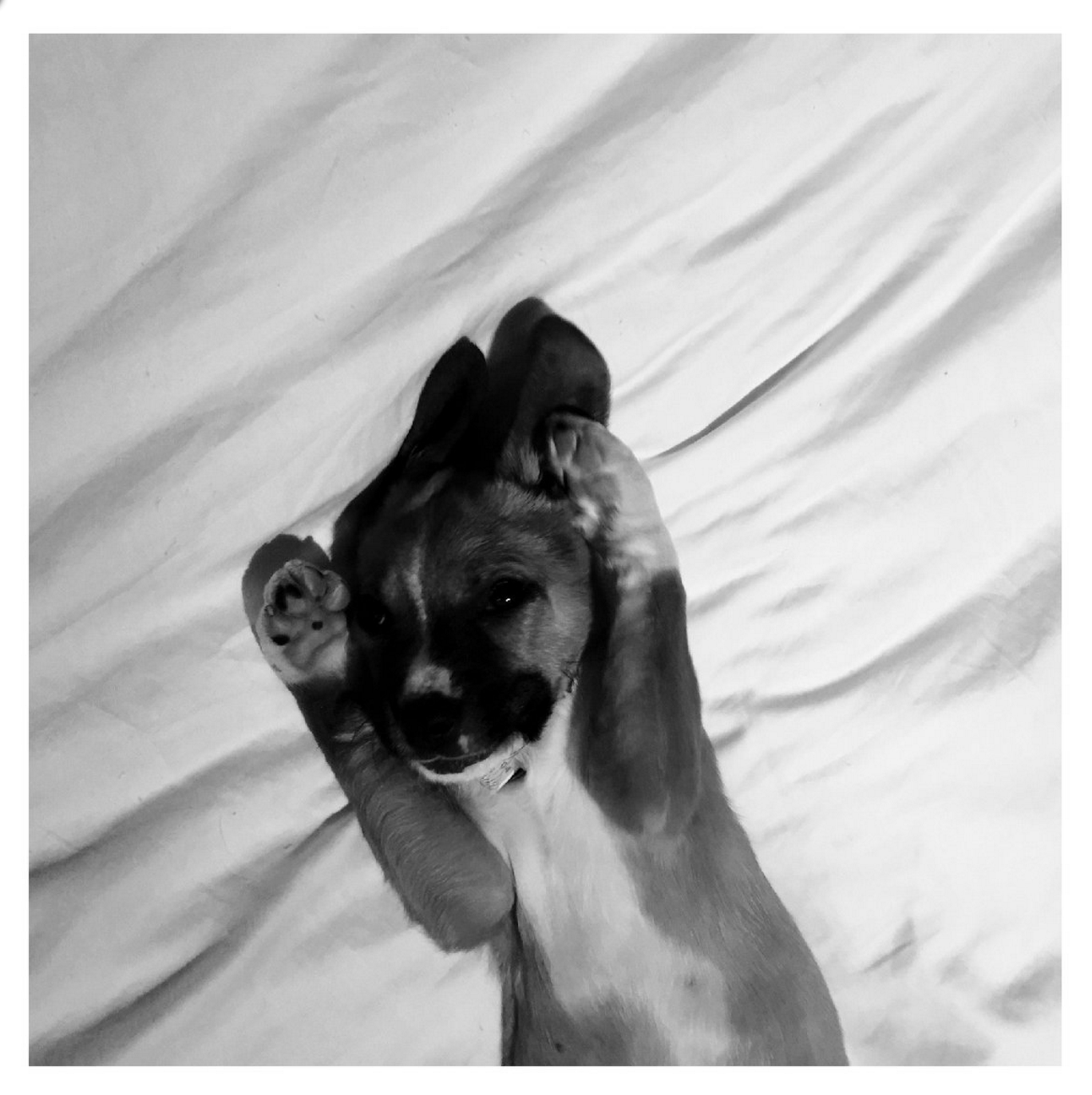