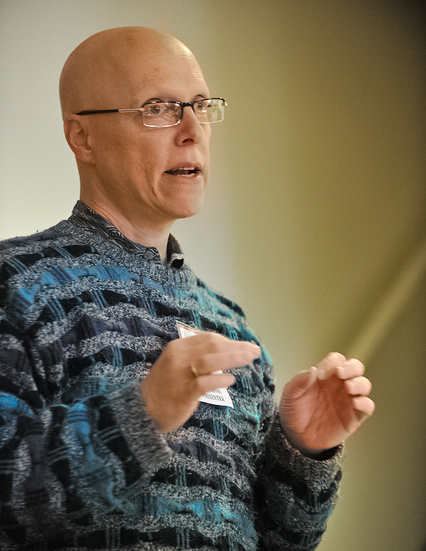 Recently, Professor of Psychology Scott Plous was elected as a fellow of the American Association for the Advancement of Science (AAAS). According to the AAAS website, the organization is an international non-profit organization dedicated to advancing science for the benefit of all people.

Plous received an email from the Secretary of the AAAS Psychology Section informing him that the Steering Committee had voted to nominate him as a fellow last May. On Oct. 30, he received another message notifying him that he had officially been elected as an AAAS Fellow. He was inducted on Feb. 13 at a ceremony in Washington, D.C.

“[Plous received this honor] for distinguished contributions to social psychology, particularly understanding decision-making and prejudice, and for communication of psychology science to the public,” the award reads.

The citation was likely referring to Plous’s numerous accomplishments and contributions to the field of social psychology, which include the books he had written (“The Psychology of Judgment and Decision Making and Understanding Prejudice and Discrimination”), the creation of the Social Psychology Network (SocialPsychology.org), and his online Social Psychology course.

Surprisingly, in light of these accomplishments, Plous did not always know that social psychology was his passion.

“SPN began as a simple web page for Social Psychology students at Wesleyan, but the number of links and other web resources grew until eventually, the site became large enough to secure funding from the National Science Foundation, which it’s done since 1999,” Plous wrote. “Along the way, the Network changed from a set of web pages to an international membership organization. Today, it’s supported by more than 3,700 members from 47 countries.”

This and his other accolades have made Plous widely respected by his colleagues and students at the University. Colleague of Plous and Associate Professor of Psychology Steven Stemler, in particular, praised Plous’s approach to teaching.

“Scott also pioneered an approach to teaching that he calls ‘action teaching’ in which the goal is to really inspire students to use scientific research to affect social change,” Stemler wrote in an email to The Argus. “The hundreds of thousands of students Professor Plous has taught over the course of the past two decades have responded overwhelmingly positively to his methods for helping them use the results of scientific psychology to change our world in meaningful ways. For example, his students have used the lessons from his courses to reduce instances of domestic violence in their own lives and to learn how to intervene in situations where they are witnessing prejudice and discrimination.”

According to Stemler, Plous has also twice won the Binswanger Award for Excellence in teaching at the University, he has been recognized by students and peers as the Connecticut State Professor of the Year, and he has been the winner of the APA’s Brewer Award for Excellence in the Teaching of Psychology. Quite recently, Plous also taught a Massive Open Online Course (MOOC) on Coursera which broke the record for the largest number of students enrolled in a MOOC ever, with nearly a quarter of a million students enrolled.

“All of this is to say that Professor Plous’s reach has been truly breathtaking and those who have taken courses with him frequently report that it was a life-changing experience,” Stemler wrote. “Professor Plous has earned this tremendous achievement and I am incredibly proud of him for this personal accomplishment and for the honor he has brought to our department and to Wesleyan through his work.”

In addition to all this, Plous truly cares about how he teaches his classes, his Teaching Apprentice (TA) from the past semester Jess Zalph ’16 said.  The way in which the Teaching Assistants carry out his many tasks further reflects this. With a staff of about 12 people working for him, Plous is able to focus on minute but important details so that his classes stimulate optimum learning.

“One of my jobs as his TA was temperature monitor,” Zalph said. “So I’d have to get there early and make sure it was the right temperature, and if the temperature ever got wrong, I’d have to run around and open windows and call Physical Plant, and things like that. His reasoning was that people cannot learn if they are cold and people cannot learn if they are too hot. So it’s something that sounds really silly, but it made a difference in the class.”

Other than his contributions to the Social Psychology community and the University, Plous is also an all-around caring person.

“The best thing about working with Scott Plous is that I know that any time I go to him with a question or for advice, he is going to have my best interests in mind but he is also going to be very honest with me,” Stemler wrote. “We all need people like that in our life, and it is a rare gift to find them.”

Despite all of these achievements, Plous remains humble and grateful to those who have helped him.

“In addition to my family, I’m grateful to friends, colleagues, and career mentors such as Philip Zimbardo, Robert Feldman, and Susan Fiske; to Wesleyan students who have improved and contributed to SPN and my teaching; to SPN Director of Technology David Jensenius; and to Michael Roth for inviting me to teach an online course,” Plous wrote. “In my case, it took a village to raise an AAAS Fellow.”