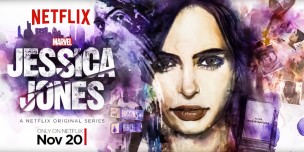 The “superhero bubble,” a term used to describe the current state of superhero blockbuster movies, seems destined to pop. As each year passes, comic book movies gain access to better special effects, and more and more are produced whose joyous wonder shrinks further and further. These movies become darker and darker, but never deeper or more meaningful. The genre is becoming a mix of movies that feel like a shell of their prior glory, or a grim view of what should be joyous. Hence why every box office analyst is convinced that in the next year or two these movies will start losing, not making, millions of dollars.

It seems increasingly likely that the future of superheroes on film lies in television. Shows like “The Flash” have brought joy and levity back to the genre, while “Daredevil” proved that dark superheroes, when done right, are fantastic and entertaining. (Christopher Nolan’s “The Dark Knight” did this as well, of course, launching the trend of suffocating despair in comic book movies, but until “Daredevil” his film was the only mainstream example of darkness and superheroes combining smoothly.)

And then, there’s Netflix’s new comic book show “Jessica Jones,” which is currently the pinnacle of comic book adaptations and is likely to remain that way for a long, long time. Adapted from the comic “Alias,” written by Brian Michael Bendis and drawn by Michael Gaydos, the story of “Jessica Jones” is highly relevant, complex, and terrifying. It’s a show that’s nearly as thrilling as “Daredevil,” deeper than “The Dark Knight,” and more psychologically and thematically complex than most shows.

Much of this complexity stems from the show’s primary subject matter, which is among the most relevant and resonating issues in today’s society: rape. Jessica is a sexual assault survivor, traumatized by Zebediah Kilgrave, a man with the power to control people simply by telling them what to do (yes, the show is aware of his absurd name, and proudly mocks it). The show does not shy away from the trauma, but embraces it: early episodes show Jessica’s random and sharp hallucinations of her trauma, and, later in the season, Jessica directly accuses her attacker of rape. Unlike other shows, which tend to shy away from, ignore, or talk delicately about the matter, “Jessica Jones” directly confronts the consequences of rape and all of its horrors (it at no point shows Kilgrave raping Jessica, but the horror is all too clear).

Krysten Ritter (Jesse’s girlfriend on “Breaking Bad”) stars as the titular character, the lead of an absolutely fantastic ensemble. Jessica is a former superhero who, after a traumatic few days spent controlled by Kilgrave, instead becomes a bitter private detective. Ritter embodies Jessica’s bitterness and fear, lashing at out the world that was so cruel to her while watching her back. Her love interest, Luke Cage, is played by the steely but charismatic Mike Colter, both a badass and a quiet romantic. (Cage will also be getting his own Netflix show sometime next year.) Carrie-Anne Moss, of the “Matrix” trilogy fame, plays Jessica’s lawyer, embroiled in a sub-plot involving her cheating on her wife with her female secretary; the lesbian love affair is a welcome rarity, and ties into the main plot in surprising ways.

While there are other excellent ensemble members, David Tennant absolutely steals the show as Kilgrave. He’s absolutely terrifying and remorseless at first, but as his back-story is slowly revealed, he becomes downright pitiable at times. He’s a self-justifying sociopath who can’t help but beguile and charm the viewer into liking him. It’s not a stretch to think that Kilgrave could be manipulative and dominating even without his powers.

But this is exactly what “Jessica Jones” gets so right: it approaches its themes and real-life comparisons not as simplistic, nor as a “Very Special Episode” with everything tightly wrapped up in a bow. The questions posed by the show, such as the extent to which individuals are responsible for their actions vs. others controlling them, the manipulation of the truth in the legal world, the limitations of heroism, and more are dissected from a variety of angles. Even the most clear events or arguments become muddled and uncertain by the show’s end.

Kilgrave thinks of himself as wholly justified in his actions due to a mix of childhood trauma and his own delusion that Jessica loved him. It’s clear this is a false narrative, but he’s so convincing that it’s easy to see someone being swayed to believe him. And even though he’s a supervillain who has powers, his real-life counterparts that he represents don’t. When can people be held responsible for their actions, and when is it the fault of others manipulating them? How can we distinguish a person’s actual motivations from the actions they’re manipulated into performing? These are questions the show constantly asks, but never answers. Considering the rise in awareness of sexual assault, these questions are incredibly relevant.

Creator and showrunner Melissa Rosenberg weaves a complex, interweaving narrative throughout the season. Unlike most Netflix shows, which tend to work more like one 13-hour movie, Rosenberg deftly blends individual episodic storytelling with an overarching plot, slowly but carefully forming as each episode progresses. Seemingly minor characters become major players towards the end through a plethora of heartbreaking twists. Admittedly, there are times when episodes feel unnecessarily long or feature scenes that feel completely unnecessary. The show would have done itself a favor by going for fewer episodes than 13, or by at least editing them down a little more. One subplot, involving a police officer with a “mysterious past,” played by Wil Traval, feels particularly out of place and forced (Traval is also the weakest of the main cast, though still quite good).

But these are minor flaws in this otherwise highly-relevant tour de force. “Jessica Jones” is many things: complex, traumatic, violent and thought-provoking. Above all, though, it’s a must-watch show that deserves all the attention it can get.