Birth control pills, whether for birth control or for menstrual issues, come with baggage. 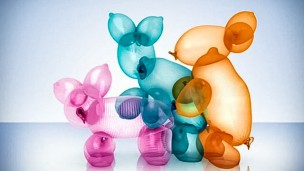 It’s a pill. It’s a ring. It’s a shot. It’s birth control. And yes, it probably shouldn’t surprise you that many people who can get pregnant at the University are on it. But taking the pill isn’t as easy as it seems. Whether it’s for birth control or for menstrual issues, the pill comes with some baggage.

Ellie Donner-Klein ’19 began birth control for a lesser known reason: to help her with menstrual migraines. But she said she always clarifies this when she talks about birth control.

“That’s always on my mind when I tell people I didn’t start birth control ’cause I was having sex,” Donner-Klein said. “I started it to help my migraines.”

But why do Donner-Klein and other women feel like they need to explain themselves when it comes to taking birth control?

“There’s definitely a stigma that you get when you tell people that you’re on birth control, because then they’re just thinking that you’re kind of a slut who has a lot of sex,” Donner-Klein said. “But really, it’s not true, and I represent a large portion of women actually who are on birth control for different reasons, not just because they don’t want to get pregnant. It’s a great perk, but there’s lots of women who are on it for other reasons.”

Donner-Klein has personally experienced and felt the repercussions of this stigma, particularly from doctors.

This stigma also brings up an important question about society: Why does it matter if women are having sex? What’s so wrong about it? Lisa* thinks it doesn’t, and shouldn’t, be such a concern.

“It’s okay for women to enjoy having sex or pursue sexual encounters,” Lisa said. “Rather than judging women for using birth control because they have sex, people should be glad that women are able to have sexual interactions safely.”

Birth control has come a long way since the first contraceptives were fashioned around 3000 B.C. Yet, it still has a ways to go in the public eye.

“I mean, if you think about how birth control works, it’s amazing that there are so many options and even just that this one pill can almost protect you from pregnancy and regulate your period and help all these women with various other health problems,” Lisa said. “For something so amazing, it’s crazy what a negative stigma there is around birth control.”

Donner-Klein also talked about the frustration she feels towards those who are trying to make it harder for women to obtain birth control, such as the legislators who are attempting to shut down Planned Parenthood.

“There’s this idea that girls shouldn’t be using birth control; but it is so normal, it’s actually a very healthy thing to do,” Donner-Klein said. “So the idea that [birth control] is so taboo, still, and that people are going out of their way to make sure that women don’t have access to it or have to pay lots of money for it, is horrible. My insurance decided about two years ago that they weren’t going to cover my birth control because for some reason they just decided not to. I’d been on it for a year already, and I had to pay $100 a month for about five months, because I couldn’t go off of my birth control, because I needed it in order to stay healthy.”

Unlike Donner-Klein, Amy* has just made the decision to begin birth control. She will be starting birth control pills in the next few weeks after she obtains them from the Davidson Health Center.

“It was a pretty spur-of-the-moment decision,” Amy said. “I never really had access to birth control before because I lived in a Catholic household and knew my mother would not allow me to. So now that I finally had the opportunity I decided to try it because of the great things I’ve heard about it, not only for preventing pregnancy, since I don’t have sex, but making your period a lot lighter.”

While Amy is relatively open with her people she knows about her choice to take birth control, she does agree that the choice to be on birth control is personal information. Additionally, like Donner-Klein, Amy has noticed the negative stereotypes that much of society places on women who are on birth control.

“I think that girls are in this weird position where they are inherently sexual and at the same time seen as sexless and ‘pure,’” Amy said. “This is probably why people assume that when a girl is on the pill, she must be promiscuous. But this is seen as wrong not because promiscuity is morally apprehensible but because being a promiscuous girl is [considered immoral].”

Similar to Donner-Klein, Amy is upset by the fact that birth control is not easy for all women to obtain, particularly for those who are less wealthy.

“I think birth control should one hundred percent be readily available to any person that wants to take it,” Amy said. “Throughout history, we have seen a past where women of a higher economic class have been able to access reproductive health services while laws threatening to take these rights away mainly just affect women. [This] is clearly not okay and something that should be challenged.”

Amy and Donner-Klein, as well as other women at the University, will continue to discuss and challenge the stereotypes that come with birth control.

“So whether it’s insurance people who don’t understand why girls need it, fear of repercussions from parents, or just the fact that they would have to drive 100 miles to get to the nearest Planned Parenthood, birth control is not easy to come by,” Donner-Klein said. “We have this idea in society that birth control is bad, that it’s like inherently bad, but it’s really not.”

*Some names have been changed to protect identity.