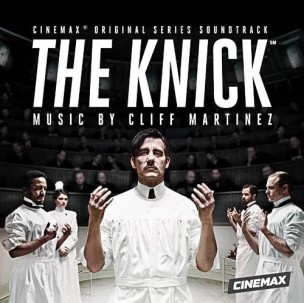 “The Knick,” which began its second season on Cinemax this past Friday, is not a show for the faint-hearted. This is not because it is physically gruesome—though it is that, in spades. Rather, “The Knick” is emotionally exhausting, a testament to the brutal uncertainty of medicine at the outset of the 20th century. As the doctors of New York City’s Knickerbocker Hospital saw through bone, peel back flesh, and excise tumors and pustules, the viewer is struck both by the unflinching visuals of the body undone and the profound sense that there are really no promises for those splayed out on the operating table.

Where shows like “Grey’s Anatomy” and “House” balance the stress felt by the surgeons and specialists forced to undertake various procedures with the comforting adrenaline that comes with observing graceful expertise, “The Knick” takes pains to portray medicine, even at its best, as a fumbling and erratic enterprise. In the series’ opening sequence, an emergency C-section executed before a hall of curious spectators quickly devolves into a bloodbath that leaves both mother and child dead. In the next scene, Knickerbocker’s chief of surgery retreats to his house and puts a bullet in his skull. Such is the life of the healer.

“The Knick” stars Clive Owen as Dr. John Thackery, known by his colleagues at “Thack,” who takes over his late mentor’s position as chief of surgery. As Thackery, Owen turns in his best performance since “Children of Men,” oozing arrogance and distaste but nursing a reservoir of compassion and commitment to his profession. His proficiency in the operating theatre is renowned, primarily because of his seemingly endless stamina. He is fretfully dedicated to his patients and coworkers, even as he proves increasingly jealous of competition and unapologetically reckless in the pursuit of his own solutions. Episode after episode, Thack seems torn between his duties as a surgeon and his simple, primal desire to be correct at all costs. As the show progresses, these instincts become increasingly intertwined, a tangle only further complicated by the fact that Thackery is a nearly helpless addict. In the few hours that he’s not working, Thackery retreats to the comforts of a nearby opium den, where he procures cocaine to ensure that he need rarely sleep.

If “The Knick” stopped here, it would have more than enough to fill the 10 hours of its first season. However, much like the many operations that Thackery and his team must perform, the program continues to complicate itself. Following the death of his mentor, Thack is tasked with selecting his Deputy of Surgery, a position for which he believes he has the obvious candidate. However, the head of the Knickerbocker’s Social Welfare Office Cornelia Robertson (Juliet Rylance) suggests that Thack interview a childhood friend of hers, Algernon Edwards (Andre Holland). Edwards, Thack is informed, has spent much of his career in Europe, where he has become renowned for his medical advances and near unceasing innovation. She neglects to mention to Thackery that Dr. Edwards is black.

While a lesser show might use Edwards’ race to transform itself into a parable, “The Knick” refuses to allow itself to follow such an easy and shallow trajectory. Instead, it becomes immediately clear that Thackery is racist. Even as he appoints Edwards, Thack refuses to call him into the theatre unless another doctor is absent. He ignores his colleague’s suggestions and treats his minor insubordinations as outright mutiny. When another surgeon strikes Edwards following a surgery, Thack scolds him for risking injury to his hands. “Next time,” he instructs. “Kick the man.”

Even as “The Knick” explores the evolution of Edwards and Thack’s professional relationship, it refuses to become the story of a backwards white man learning to change his ways. Furthermore, the show trusts its audience to understand the era’s racial climate, and does little to instructively point out the moments when Edwards is clearly mistreated. When the show’s racial tensions do reach a boiling point in the back half of the season, “The Knick” uses the opportunity to complicate rather than simplify its characters’ attitudes. Thack runs into the street to pull men away from lynch mobs and into the safety of the hospital. When the mobs burst in, however, he is quick to segregate the patients and organize a crew of doctors to deliver victims of the violence (hidden beneath sheets) to the “Negro hospital.”

More so than most other programs looking to tackle race, “The Knick” is interested in avoiding obvious object lessons. It assumes that its viewers understand the basic principles of racism, so instead of spending time explaining the concept, the show diagrams its shifting incarnations in the medical field. Though undoubtedly the central social force at play in the program, “The Knick’s” conception of turn-of-the-century racial tension never overruns the show’s characters. It is something for them to confront, weather, and maneuver, but never the podium from which they must simply explain some thematic conceit.

Balancing each of its many elements, “The Knick” is best described as an emotional procedural, a show fascinated with the various social and personal elements of its characters, dedicated to revealing as complex and human a portrait of a deeply chaotic clinical field as possible. Filmed entirely by director Steven Soderbergh, “The Knick” approaches its subjects with a cool remove, holding dispassionately on the physical and emotional ruin that stains the walls of the Knickerbocker. Venturing out into the streets of New York, Soderbergh pays careful attention to the social dynamics of the people moving in and out of the frame. As his camera jumps from the oak-walled chambers of board rooms and lecture halls to the tight, scorned spaces of immigrant tenement housing, he registers the light and texture of the world so completely as to wholly immerse the viewer.

At its best, “The Knick” feels like a universe in miniature, carefully organized and plotted, and energized with a restless discontent that evolves and exacerbates in increasingly organic ways. Characters brought together talk to one another like fully fleshed out humans with messy, conflicting needs and desires that often completely fail to intersect. They fight back; they stay silent; they digest and are digested by the world around them. As they wrestle with questions of responsibility, guilt, connection, and displacement, they rarely achieve easy answers.

Like the medicine it studies, “The Knick” is brute and imprecise. It picks at scabs and shrivels under disease, refusing to offer characters any kind of antidote or miracle cure for their struggles. When it does stumble upon answers, those answers are uncomfortable, unsatisfying, and frighteningly resonant. Though far from hopeless, “The Knick” is the rare show that understands that if you want to stop the bleeding, you have to cauterize the wound—and if you want to halt the infection, you simply may have to lose the arm.