Not everyone was thrilled with the cola-centric finale of Matthew Weiner's AMC phenomenon. Henry Spiro feels that “Person to Person” kicked the show's trademark malaise to the curb for the sake of a happy ending. 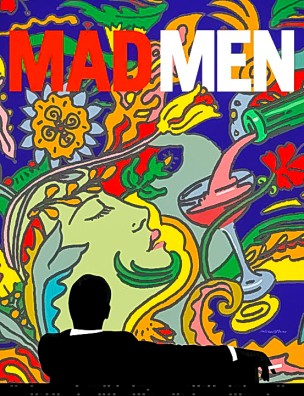 Holding a 92% ranking on Rotten Tomatoes, the “Mad Men” series finale, “Person to Person,” (written by showrunner, creator, and Wesleyan alumnus, Matthew Weiner ’87) is described in high honor as an ending that “avoids predictability while offering a sweet sendoff.” At first glance, it would appear to be some kind of masterstroke. But there’s an unmistakable irony to this statement: As TV finales that give their heroes hopeful endings are cliché, how could this be an unpredictable move? “Mad Men” was beautifully sad and its moments of happiness were scant, so Weiner’s decision to give his characters a sweet sendoff was admittedly shocking. This is not a joyous surprise, but a disappointing one: “Person to Person” betrays what the show is at its core. It was never about achieving happiness, but the pain dormant in the pursuit of it.

Admittedly, it is worth noting that Don Draper’s final character arc is mostly a success. After (finally) moving on from his painful childhood in Season 6, Don loses what made him great at advertising: his understanding of pain helped him tap into the pain of the American public. By coming to terms with his pain, he lost his genius. So he quickly leaves the job he had to re-earn, and sets out on the road, lost without turmoil to drive him forward. His show-long arc comes full circle in the finale: after listening to another man (Evan Arnold) speak about loneliness, Don embraces him. In this moment, Don understands the universality of loneliness and the feeling of worthlessness. It is then that that he is able to recapture his former glory and create the real-life 1971 “Buy the World a Coke” ad. Ultimately, it was not Don who changed, but his source of inspiration. Also, Jon Hamm’s performance is brilliant. Obviously.

Similarly, the ending to the stories of both Betty Francis Draper and her daughter, Sally, are well-handled. Betty’s cancer diagnosis (established in the penultimate episode, “The Milk and Honey Route”) is Weiner’s brand of social commentary at its finest, a hard-hitting reminder of the tragically short-term thinking of the era. More importantly, it paints Betty as the anti-hero she always was, continually attempting to escape her fate as a woman of the sixties, but only able to through bitterness and lashing out. Her diagnosis is the only route out of her misery. Weiner’s subtle suggestions that Sally will become head of the house after Betty’s demise are heartbreaking: her call to be treated as an adult is answered, but sooner than any child deserves.

But these deliberate decisions are a rarity in the finale, and instead Weiner rushes to happy endings based on relationships audience has little investment in. The three romantic relationships Weiner spends the most time developing (Roger and his wife Marie; Joan and her boyfriend; Peggy and Stan) are ones that viewers are barely invested in: Marie was a tertiary character at best, Joan’s boyfriend was only memorable because he was played by the guy from “Jurassic Park” and Peggy and Stan’s “rom-com” scene was too random and unearned to work. Moreover, they value plot over character development, and Weiner’s strength as a writer was always in his characterization. His main weakness is specific plot development—after all, was anyone who watched the show really that worked up about mergers?

Moreover, the soppy-soapy nature of these endings misses the opportunity for social commentary, something that, as previously stated, was a strength of the show. Joan may have earned her success, but in the context of early 1970s America? Not so likely. Pete remarrying Trudy (in the penultimate episode, “The Milk and Honey Route”) could have been a tragic reminder of the limitations placed on women at the time. Instead, Trudy seems to have genuinely re-fallen in love with her ex-husband in spite of acknowledging their miserable, dysfunctional marriage mere minutes earlier in the episode. These decisions are simply baffling.

I’ve read the argument that the point of this ending was yet another reminder of the temporary nature of happiness, that ultimately, these characters will face turmoil again and again in the future, and the finale is only a brief pause from chaos. After all, Weiner previously pulled a similar bait and switch; Season 4 ended with Don engaged to a new, seemingly nice secretary named Megan. Season 5 began with their new marriage already on the brink. If this were the case with the finale, it would have been satisfying. But what about a final montage suggests happiness is temporary? Weiner’s intent, to create a happily ever after for the bulk of his characters, is so inherently clear that it is nigh impossible to suggest the happiness present is temporary. With Don’s engagement to Megan, Weiner wrote ambiguously enough that there was potential for future chaos. In “Person to Person,” there is far too little ambiguity to suggest Weiner was suggesting an off-screen, future reversal for his characters.

“Mad Men’s” fundamental strength was in capturing nostalgia: not “the pain from an old wound,” as Don would have it, but the intense yearning to repeat the past in spite of knowledge of past mistakes. Don is always searching for a new woman to sleep with; yet for each woman he was with, another factor of his life un-coincidentally collapses. Similarly, Weiner and his crew created an arresting, intoxicatingly beautiful atmosphere in their best episodes, one that made it impossible for audience’s not to fall in love with the 60’s. Then, they beat the audience over the head with reminders of the very same era’s problems: the sexism, racism, anti-Semitism and more. But the yearning remains, damaged, but not destroyed. This is what made “Mad Men” one of the best shows in recent memory: its understanding of pain, yearning, and nostalgia.

It truly is a shame, then, that Weiner felt the need to check off boxes rather than remind audiences of his genius, one final time.