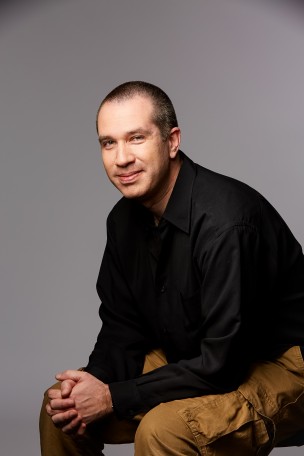 In recent years, comic book fans have had no shortage of superheroes to follow. In theaters, Marvel’s cinematic universe has unveiled the Avengers, the Guardians of the Galaxy, and even Ant-Man, while television has offered viewers a taste of Green Arrow, the Flash, and even a pre-pubescent Batman. This year will be no different with the premiere of the CW’s “Supergirl,” Marvel’s “Jessica Jones” on Netflix, and the upcoming silver screen showdown between the Dark Knight and the Man of Steel, slated to further develop DC Comics’ own shared universe. Suffice it to say that anyone looking for the big budget exploits of superhumans need not look far. Hardly a season passes where there’s not at least one opportunity to see a man in tights thrown through the side of a building.

But what happens after? Once all the fighting is done and these exceptional heroes need to return home, how do they get by? What happened if someone zapped the “Real World” house with a healthy dose of gamma rays?

These are the questions at the heart of “SuperMansion,” a new animated comedy premiering October 8th on Crackle, which recently began following the mold of other streaming sites such as Netflix, and airing its own original content. “SuperMansion,” which was produced by Stoopid Buddy Stoodios (the minds behind Cartoon Network’s “Robot Chicken”) tells the story of the League of Freedom, a collective of superheroes headed up by the aging Titanium Rex (Bryan Cranston). Faced with the anxiety of growing old and irrelevant, Rex’s problems are only compounded by his desire to contend with the rest of his super-outfit, which is comprised of an ill-suited crop of millennial crime fighters. Living together in the titular SuperMansion, the group is faced with the perpetual threat of supervillainy and the arguably more difficult obstacle of simply putting up with one another on a day-to-day basis.

Written by Matthew Senreich ’96 and Zeb Wells, “SuperMansion” is a gonzo combination of genre tropes, drawing on its creators’ knowledge and love of the comic industry and their willingness to gleefully dismantle the holy cow. Much like Joss Whedon’s “Avengers” films, “SuperMansion” recognizes that the most fruitful aspect of the superhero genre is the personal relationships and struggles facing its outsized characters. There are only so many ways you can destroy a metropolis or threaten the universe, but there seem to be an infinite amount of ways for two people to annoy one another.

Making use of the same stop-motion style that defined “Robot Chicken,” “SuperMansion” is a spectacular looking show. Artists and designers have clearly poured hours into arranging tableaus and sets, and the stop-motion technique gives the characters a weight —albeit tiny— and heft that simply can’t be replicated with traditional animation. The style further removes the artificial slickness that comes with blockbuster filmmaking and big-budget television, giving each character a grungy, lived-in texture.

The Argus had the opportunity to sit down with Senreich to get more information on “SuperMansion,” and to learn what it’s like to design and bring to life one’s own (questionable) superheroes.

The Argus: In your own words, how would you describe the premise of the show? How did the idea come to you guys?

Matthew Senreich: It really started with Zeb and I talking as we were doing “Robot Chicken,” and we’ve done so many parodies of other people’s universes—from “Star Wars” to “DC Comics”—that we just started saying, “Why do we keep making fun of other people’s universes? Why don’t we just create our own universe?” And, both of us come from comic books. Zeb wrote for Marvel for, like, 12 years; I started in comic books when I was in high school, basically. So, the idea of creating our own superhero universe made us laugh. We just liked the idea of taking a superhero team, and turning it 90 degrees on its side: focusing more on the mundane in an absurd world, instead of them just fighting supervillains all the time. Which they will do! But it’s just the idea that these aging and beleaguered heroes need to deal with going to the grocery store. If the Avengers are living in Avengers Mansion they still need to deal with the day-to-day machinations of what any of us are going through.

A: As you said, “Robot Chicken” pulled a lot from other universes, using pre-established characters. What was it like to physically design your own characters?

MS: It was a blast! There have been so many characters throughout the years. Especially in the early ’90s, there was this explosion of new superhero characters that came about through Image Comics. So to try to roll up our sleeves and do that ourselves, to figure out something that was different, was really exciting. We had a designer on staff named Huy. And he was unbelievable. We would say an archetype, and he would give us a bunch of different designs, and from those designs we would weigh in. Once we signed off on the drawing, then we would take it over to the puppet department to try to make a 3D mold of this thing. So, not only are we designing pictures of these things, but we’re designing toys at the exact same time. It’s a dream come true!

A: Do you personally have a favorite character design?

MS: I really do like our Titanium Rex character, an older superhero. You don’t see a lot of classic older superheroes, just aging to that place. And Bryan Cranston [the voice of Titanium Rex]: That voice just lends itself, and brings that character to life so well. You can feel the old projecting from him, and I mean that with love.

A: How did you guys go about deciding who would voice these characters? What is that like fitting a voice to these models?

MS: It started early on. It actually starts at the same time as we are designing. So, once we’ve written the first script we had to decide who was going to voice each of these characters before we even knew what they were going to look like. We always talked about, even when writing the script, that we wanted the Titanium Rex character to be a Bryan Cranston type. But we never thought it would be possible to get him, so we were hesitant to go and reach out to the agents. I had actually just cast my partner Seth [Green], and he just didn’t have the elderly stature. So, we decided to actually go out to Bryan, and it worked. His agents got him the script and within 24 hours, he called us up directly, and said that, not only did he love the script, but that he wanted to make the show with us. He asked if he could come on and produce it. He’s always wanted to play in this universe, with animation and superheroes, so we got him on board right from the beginning.

MS: It is! You know, even when we were just talking—well, he went from “Malcolm in the Middle” to “Breaking Bad.” He doesn’t like to pigeonhole himself into the same roles. He likes to do things that people wouldn’t expect. So, going from Walter White to Titanium Rex, he likes to throw people off with a curveball.

MS: Yeah, they definitely evolved. For some of the characters, we used people who we’ve known for a very long time. Tucker Gilmore is a good friend, and we knew he had this almost Christopher-Nolan-Batman feel to him that we wanted for the character of Black Saturn. Heidi Gardner, who plays Cooch [a human-cat hybrid], she just has this voice. And, we almost wrote to the voice, which is almost like a redneck alley cat. But then there are characters like our American Ranger, our patriotic character, where we just wanted someone funny, and that’s how it started. Both Zeb and I were huge fans of “Key & Peele” so we reached out to Keegan-Michael Key. That character probably evolved the most. Our whole archetype for him was, if someone from the ’40s comes back today, his politics might be a little different than what’s going on in the country. So, Keegan brought a level to that character that we never could have imagined. Same with Jillian Bell, who plays our Lex character. We didn’t really know what that voice was going to be like, and I had just seen “22 Jump Street” [in which Bell plays the primary antagonist]. And she was so funny in that. Just the casual nature of her dialogue even in these fight sequences.

A: What do you like most about stop-motion? What’s kept you working with it? And what are some of the downsides?

MS: I think it ties back to a childhood love. What it boils down to, with “Robot Chicken” especially, is the feeling of just playing with your toys. It’s that your toys come to life and you goof around with them. The other aspect is that it’s three-dimensional. So, as much as you can do CG, where there’s depth of field, this is tangible. You have a set. I really love that, that I can walk onto a set and it’s just a miniature version of what someone would do at a live action shoot. In terms of drawbacks, stop-motion is probably one of the hardest things we could have chosen to do. Each animator gets about eight to ten seconds of animation a day, and you have limitations on what these puppets can do. It’s a very difficult process in that regard, but it’s also probably the most rewarding: seeing these puppets do things you never really imagined they could do.