In Defense of The Killers 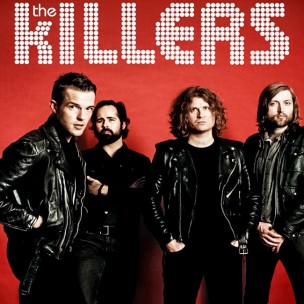 No one really talks about The Killers. Certainly, when they released their debut album Hot Fuss in 2004, the band received a fair amount of attention for tracks such as “Mr. Brightside” and “Somebody Told Me,” but that conversation seemed to quickly and quietly die out. Then in 2008, the group slipped momentarily back into the conversation for their single “Human” off of that year’s Day & Age. This time around, however, The Killers were more of a comedic footnote than a musical talking point.

I can hardly blame anyone for picking up on the absurdity of a lyric like, “Are we human or are we dancer?” (which honestly reads like something spit out of a randomized status generator), but it was still disappointing to see Brandon Flowers and company resurface only as the butt of a joke. Since then, The Killers have released one new album and their frontman has recorded two solid solo records, but still, the band seems destined to be ignored. It’s a shame, really, because whether or not you consider The Killers a legitimate musical force or simply one of many mid-2000s pop-rock bands, it’s worth arguing that they produce some of the most stylish, listenable songs to emerge from the so-called mainstream.

A great deal of this has to do with Flowers, the band’s lead singer and songwriter, who conducts himself as a sort of hybrid between glam and grunge, as though Bruce Springsteen attempted to release Aladdin Sane. Flowers is charismatic as all hell—a throwback to the over-the-top rock star personas of the late ’80s and early ’90s—and more than capable of selling the bizarre angst that permeates even the most digestible Killers tracks.

Sure, it wasn’t until Sam’s Town or Day & Age that Flowers was recognized for his off-the-wall writing, but even tracks that managed to pop up on standard rock radio (such as “When You Were Young” or the aforementioned “Somebody Told Me”) ooze a strange singular sensibility. Whether Flowers is rating the dateability of past suitors in terms of their resemblance to Christ or trying to sort out the intricacies of a convoluted grapevine of androgynous ex-lovers, the Vegas-born frontman seems to be coming from a place just between elation and paranoia.

This well-modulated oddity is only intensified by the aspects of Flowers’ personal life that he lets permeate his music, most frequently his Mormonism and childhood outside of Las Vegas. Often the singer will intertwine these two seemingly contradictory influences, producing music that seems at once manic and hypersexual, while remaining simultaneously sentimental and old-fashioned. To understand the range of Flowers’ written persona, one need only compare the group’s most recent release Battle Born (titled after the Nevada state motto) with a handful of tracks off any of their earlier albums. Whereas the latest album consists mainly of well-executed, if straightforward, parables of small-town romance and heartbreak (“Miss Atomic Bomb,” “Deadlines and Commitments,” “Runaways”), that debut is throbbing with something intimate. The hungry guitars, insistent drums, and slinking bassline on “Jenny Was a Friend of Mine” are anxious and lecherous, infusing Flowers’ lyrics about the potential murder of an old girlfriend with a desperate ickiness.

More so than Flowers, though, the thing that’s easiest to admire about The Killers as a band may be their willingness to fail big. Up until Battle Born (which succeeds based on its tightness and understanding of the basics of catchy pop rock), none of the group’s albums could be called small. Hot Fuss, Sam’s Town, and Day & Age were each in their own way strange and ambitious records that risked throwing a host of seemingly disparate musical elements at the wall just to see how they might collide with and recolor each other. If the latter two LPs were largely mixed bags, it never felt like that was due to laziness or unwillingness to experiment.

Day & Age in particular deals in nutty space opera terms with a genuine down-home sincerity, refusing to poke holes in its own vision for the sake of preempting criticism. It’s rare that a modern band is willing to do something that strange in such a straight-faced way, much less a band that made its bones on mainstream radio. In “Spaceman,” Flowers sings about his titular extraterrestrial with the sort of awestruck reverence that Christian rock bands reserve for the son of God. Better yet, the instrumentation is buoyant enough to ensure that the track never becomes some sort of overblown Styx homage or (worse) devolves into the Rush-by-way-of-Jesse-Ventura nuttiness that infected Muse.

This sort of unabashed weirdness is only more impressive when one realizes how different it is from the unabashed weirdness that Flowers and company fiddled with on their previous album. Sam’s Town, much like Day & Age, is something of a hot mess, shifting between the big biting Born-in-the-USA-style pop that the group would go for on Battle Born (you might just be able to slot “Bobby Jean” or “No Surrender” into that record without missing a beat) and the more electronic ’80s throwback vibe that Flowers would focus on for his solo records. Still, when the album hits, it hits hard (“The stars are blazing like rebel diamonds cut out of the sun” manages to be both eerie and optimistic at once), and when it falls it never does so less than wholeheartedly.

If nothing else, The Killers are a prime example of experimentation within a specific strata of pop music. Unlike other bands debuting or coming to prominence around the same time, The Killers were dedicated to constantly changing their approach and persona, riding some bizarre electrical current from record to record and track to track. It’s fascinating that the same pop rock band released all four of The Killers’ major LPs, and equally fascinating that a random sampling of tracks from any one album all come off the same record. More so than many other groups working in their genre, Flowers and company distinguished themselves through the earnestness of their work and the bizarro shifts in their choices. Consistently bombastic, often misguided, and never boring, The Killers deserve your full attention.