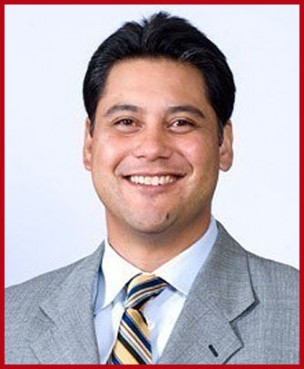 Longevity is a luxury not often seen in the world of sports. Wesleyan volleyball has been accustomed to stability, as the program recently hired only its third coach in its 31-year history. Ben Somera will take the reigns from Gale Lackey, who over the past 30 seasons accumulated a .540 winning ratio in her time on the Cardinals’ sidelines.

Somera got his first experience with coaching in 1993 when he returned to his alma mater, the University of Southern California, as a volunteer assistant. Just a year later, he was bumped up to a second assistant, where he helped three Trojans garner All-America considerations.

Oregon State would come calling after the success in California, and Somera headed north to Corvallis for eight seasons, of which the pinnacle was in 2001, when the Beavers reached their second-ever NCAA Division I Championship.

The La Crescenta, Calif. native’s next job would take him across the country to the University of South Carolina, where, in 2005, he became an associate head coach. Just two seasons later, with Somera now promoted to the head honcho, the Gamecocks posted a record of 21-9 and led the Southeastern Conference in offensive efficiency.

Somera’s most recent position was in Rhode Island at Roger Williams University, where at the helm he delivered three conference championships and three NCAA appearances in three seasons with the Hawks. Over this timespan, Somera went 75-21, set the school record for wins in a season with 31, and, most impressively, his squad failed to drop a set in any conference match during his final season with RWU. It’s no wonder that Somera’s become such a hot commodity on the coaching market, and Wesleyan is lucky that Athletic Director Mike Whalen ’83 was able to get the person he wanted for the position.

Although Coach Somera doesn’t officially start at Wesleyan until July 1, he was gracious enough to talk to The Argus on the phone about his new position, what he hopes to bring to Middletown, and what he likes to do when he can find some free time.

The Argus: How did the opportunity to come to Wesleyan present itself, and why is this the right time for you to arrive?

Ben Somera: The opportunity presented itself through the NCAA website where most of the jobs are posted once positions open up. In talking to people in New England and knowing a little bit about the NESCAC and Division III Volleyball in the area, I felt like it was a position that had some upside, where you could attract kids from all over the country because of its academic reputation, and talking with other coaches in the conference, I felt there was a situation that could continue to grow. Jobs in that conference don’t open up very often and I think any time would be the right time as long as the job was open and I got it. I feel like it’s a place that has so much potential and can offer such a great experience, both academically and athletically.

A: How hard is it to leave a place where you were having so much success at?

BS: I think you’re definitely torn. I’ve been here for three years and have built a great program in New England, but I feel like I can do the same things at Wesleyan, and even push the envelope a little bit further. While I’m proud of what we’ve done here and am sad to leave such a good team, I really believe that Wesleyan is the right fit for me and has all the resources in place to compete at the same level or higher as my current program, while providing additional academic opportunities for those students who choose to compete in volleyball as well.

A: What kind of volleyball philosophy do you see yourself teaching?

BS: I think you’re trying to teach good training habits that you hope will carry on to the way they compete. When you’re in the gym, you’re trying to create, just like any classroom, an environment where everybody can do their best work, and then also have the opportunity to do what they do well in the sport. After a few years, you want to have a program where the upperclassmen are their own best coach, and you’re sort of a guide in that exploration of volleyball.

A: Going on similar lines, what would you describe as your prototypical volleyball player?

BS: I don’t know that there’s a specific volleyball player because the game is made up of so many typical roles, sort of like football. That one role doesn’t always translate to the others on the court, so I think that you have to build a team with a variety of strengths, so that you can utilize everybody’s best assets.

A: In terms of recruiting for next season, have you had/will you have any influence on the Class of 2019?

BS: Next year’s class is already set in place. The admission timeline that Wesleyan has was done well before I knew about the job, so there will be three new recruits, who will play a variety of roles, from adding some attacking and ball control, to some setting, and defensive specialists, and middle blocking.

A: What’s your favorite memory in volleyball throughout your entire career?

BS: The men’s 1984 Olympic team. That was really the first introduction for me, and Olympic years are big years for the sport of volleyball, because they introduce you to the next superstars, since there isn’t a pro league in the United States. I think I was 14 at the time, and it was really my first introduction to a high level of volleyball at the international level. That year, the games were in Los Angeles, and I had tickets to some of the matches in Long Beach, and going to the Olympics were some of my favorite memories and going to watch the team and the vibe that the team had and all of their different characters.

A: Obviously you’ve moved around a lot and traveled, so what’s been your favorite city?

BS: They’ve all been great spots and I’ve met great people in every area. They’re all so very different. I think Middletown, CT. is a little bit like Corvallis, Oregon, because it’s a great spot, size, and a tight-knit community that was there, and I’m hopping we can find that in Middletown as well.

A: What’s one of your hobbies when you have free time?

BS: I love to fly fish and golf in my free time.

A: What are your goals for the Wesleyan volleyball program over the next couple of years?