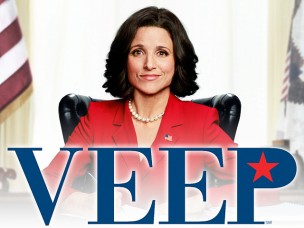 Since it’s debut in 2012, Armando Iannucci and Christopher Godsick’s “Veep” has been one of the strongest shows on television, comedy or otherwise. Seizing on the rapid-fire profanity of Iannucci’s British sitcom “The Thick of It” and the political cynicism of shows like “House of Cards,” “Veep” positioned itself as something of the anti-“West Wing”: a farcical operetta of administrative incompetence where no one gets what they want and the best laid plans of aids and attendants are guaranteed to go awry in the most brutal ways possible. For the first three seasons, HBO’s show tracked the bitter, confused political aspirations and soul-crushing compromises of Vice President and Presidential hopeful Selina Meyer (Julia Louis-Dreyfus) as she struggled to keep her priorities, ideals, and self-respect in order in what even John Adams considered a joke of a political office.

But now, as season four begins, “Veep” is faced with something of a dilemma: something has actually gone right. Following Meyer’s presidential campaign last year, the fourth season opens with Dreyfus’ character occupying the highest office in American government, still struggling to figure out how to manage her team and increasing plate of responsibilities. In a show that derives so much of its comedy from the impotence of its various characters, there seems to be something almost contradictory about watching one govern an entire nation. Certainly, the writers are not short on ideas for how to embarrass and frustrate Selena (the season premiere begins with her State of the Union suddenly disappearing from the teleprompter), but they seem like relatively small-pickings compared to the challenges and degradation of earlier seasons. The show began last summer with Selena struggling to market a new campaign-flyer disguised as memoir. For Meyer, this was the ultimate dishonesty and something of a wicked defeat. It’s somewhat harder to feel that sort of strain this time around. Sure, President Meyer runs the risk of embarrassing herself in front of the Senate, but that all of these legislators are gathered around to hear what she has to say feels like an immense victory in and of itself coming off the triumphal peanuts of previous arcs.

This is not an issue that’s unique to “Veep.” This latest season of Netflix’s “House of Cards” also seemed to struggle with the prospect of its central figure actually achieving his aims. If the past two seasons of that program found their tension in the dishonest lengths Frank Underwood had to go to in order to get what he wanted, the third season seemed almost tensionless, unsure of what character wanted besides the chance to sit in the Oval Office and intone sinister truisms at the audience like a down-home Iago. In its last three episodes, “Veep” has proven nowhere near as inert as its more serious counterpart (the second episode of the season, in which Selena tries to balance a conference with Israeli dignitaries with the stress of having accidentally rid the White House of its only piece of Native American artwork, was quite brilliant), but it still seems to be suffering a bit of fatigue. Though Iannucci’s dialogue remains as sharp and brilliantly vulgar as before, and the cast as deft in their delivery, it’s only so entertaining to listen to Julia Louis-Dreyfus compare many things to a dildo.

“Veep” has always been a smart show, and its easy to imagine that it might pull itself out of its victory funk, even if the means aren’t immediately clear. Still, it’s also a show that seems to be nearing its logical conclusion, especially with the news that Iannucci will be leaving the team for the next season. As wonderful as it is to return to the East and West Wings every Sunday night and watch the new White House staff redecorate their offices with myriad four letter salutes, it might be worth considering bringing the show to a close. Whether to prevent tyranny or mediocrity, “Veep” might do well to abide its term limit.