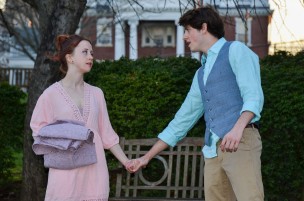 “A Midsummer Night’s Dream” is the archetypal Shakespearean comedy. For most, it is the first of the Bard’s comic works they read, and for many it is the first of his plays they’ve encountered altogether. Like all of Shakespeare’s work, “Midsummer” has become almost a collage of literary symbols and standbys, characters and plot points half-remembered and randomly slapped next to one another in hazy recollection.

Another side effect of the play’s place in the Shakespeare canon seems to be an unapologetic fatigue for the play as a whole. While the big tragedies are able to maintain a position of wide acclaim due to their darkness and explicit fascination with things like the meaning of life or the nature of love, “Midsummer” seems once again short-changed. It is not obscure enough to be one of the playwright’s engagingly flawed half-masterpieces like “Coriolanus” or “All’s Well that Ends Well,” but it is not serious enough to receive the close examination it deserves outside of classrooms and academic journals. Despite how ubiquitous the play truly is for students of Shakespeare, it seems like no one really cares about “A Midsummer Night’s Dream.”

After this coming weekend, however, it’s fair to say that that just might change for a few people.

Directed by Tess Jonas ‘15 (who also produced, alongside Ari Rudess ‘15), the adaptation of “A Midsummer Night’s Dream” that goes up this weekend is a vivid and lively beast that adeptly plays to audience understanding of the text while adding new and exciting shading.

“The thing about ‘Midsummer’ is that there’s a lot of great stuff happening in it, but since everyone has a base level understanding we were able to go further with it,” Jonas said.

Staged in the garden behind Russell House, the production was independently funded through an IndieGoGo campaign that raised over $3,000.

“Second Stage is a wonderful organization, but the two main things Second Stage can give you are funding for rights…and the ’92, and we knew we wanted to do this outside,” Jonas said.

The result is a sprawling and unbridled take on what, to many, is one of Shakespeare’s most suffocating works, deftly drawing out the play’s situational humor through a series of dynamic and keenly attuned performances from the nearly 15-person cast, including Beanie Feldstein ’15, Aidan Winn ’18, Paul McCallion ’15, and Cherkira Lashley ’15.

“In a lot of the comedies there’s sort of a traditional hierarchy of lead characters, supporting characters, cameo characters. ‘Midsummer’ is very ensemble based,” Jonas said. “I’ve had people come up to me and say, ‘I know the lead in your show,’ and I’m always like ‘Who?’”

Every cast member does indeed feel like the centerpiece of the action at one point or another. McCallion’s performance of blowhard theater troupe director Peter Quince (accompanied by Noah Masur ’15, Tessa Houstoun ’17, Nick Martino ’15, Talia Kaplan ’18, and Brett Keating ’15) helps draw the bumbling players and their play-within-a-play out of the background of the text, foregrounding it with moments of wonderful slapstick and delivery.

The five actors dart around the strip of lawn in front of where the audience will be seated miming and over-explaining every element of that dreadful tragedy “Pyramus and Thisbe” with gleeful relish. When Keating’s Bottom demonstrates the proper way to act a wall with Martino’s Snout, it’s a delightfully absurd moment. Keating seems to relish every second of the pantomime, while Bottom seems to relish the sheer ingenuity of his demonstration. It’s the collapsing of two voices into one shameless crow, while Puck waits on the periphery waiting to collapse whatever remains of the sensible order.

Beanie Feldstein ’15 plays Shakespeare’s most famous trickster with a flamboyance and a swagger that lend themselves perfectly to the energy of the rest of the cast.

“I definitely go towards characters who get to be big, and have fun, and enjoy themselves on stage, and Puck is kind of the epitome of that,” she said. “And I’m very new to Shakespeare, so it was great to have that spirit that I enjoy and am drawn to in other roles kind of mirrored in this with the heightened language. I knew I could bring the spirit, and then it was just working on the language.”

During her monologues Feldstein hits words with precision, before chewing them, dragging them out, and spitting them off into the evening. The result is the mischievous near-super-confidence of some particularly energetic children, and it plays wonderful. Watching Puck play off an increasingly agitated Oberon (Lashley) is one of the production’s many distinct joys.

In many ways, a production of “Midsummer” can live or die based on the four central lovers, and Rudess and Jonas’ quartet is something of a marvel. Zachary Logan ’15 and Aidan Winn ’18 (Demetrius and Lysander, respectively), and Olivia Rodrigues ’18 and Kate Malczewski ’15 (Helena and Hermia, respectively) make for a wonderful ensemble, leaping from fawning adoration to murderous hatred and back with an electric grace. In one of the play’s climactic sequences, Hermia and Helena engage one another in rage. It’s easily a scene that could devolve into mere shouting or overly exaggerated blocking, but Malczewski and Rodrigues manage to play the confrontation perfectly, raising and lowering the pitch of the fight at key moments to keep audience members attentive. Malczewski’s delivery of Hermia’s rant about her own height is a particularly hysterical moment: a flurry of quickly stacking insults and rebuttals that organize themselves like verbal Tetris blocks, nestling inside one another with increasing speed but always strong, articulated edges.

Perhaps the most difficult part of the four central roles is how quickly they become cruel, before almost immediately retreating back to more palatable territory. The rapid emotional shifts of the four central lovers lead to some of the funniest moments in the entire play, but also some of the harshest. Never are the performers unaware of this, especially Rodrigues, whose perennially ignored Helena is saddled with a number of laments, even more so in the wake of Puck’s ever more convoluted mischief. Rodrigues delivers each of these speeches with a defiant emotional power that cuts through the daffiness of other scenes without ever feeling out of place. The  deep meanness of much of what is said is accounted for and digested appropriately by each of the actors and actresses so that the stretches of comedy can feel ribald without becoming ugly.

It’s impossible to overstate how each of the production’s strengths is only further emphasized by the performance’s location, which seems to capture something ineffable and wholly essential to the pastoral span of the play.

“‘Midsummer’ is a show that you have to do outside,” Jonas said.

The back facade of Russell House is a magnificent backdrop, but so too is the wreath of bushes that encircles the backyard and serves as an all-too-perfect curtain from behind which players can emerge. Still, Jonas acknowledges that there are some drawbacks to the Shakespeare in the park approach.

“The trickiest part of it is actually the sound,” she explains.

The solution was to break down the space and limit the performance to a few small areas. As such, the props and backdrops are spare without ever being plain. The simple set (composed mainly of a few small benches and the idyllic environment) allows for the audience to focus on the action of the narrative, but the Christmas lights and paper lanterns that are to be strung in the trees above the main “stage” will no doubt be a beautiful addition, adding to the almost magical quality of the greenery at sunset.

The garden is perhaps the epitome of “Midsummer,” distinguished (it seems like there should be an old fashioned hermitage somewhere on the lawn) and arboreal all at once. The softness of the whole space feeds beautifully into the scripted proceedings and lets the escalating chaos of the plot stand out more vividly as squabbling lovers and bumbling theater companies trample through Shakespeare’s (and Wesleyan’s) flourishing brush.

The ultimate result is an adaptation that feels unabashedly alive, with a cast, director, and producer all very much in tune with the rhythms of the source material and the effect of the language. Even when cuts had to be made, Jonas explains that they were made organically at the behest of the actors, and dealt with extended descriptions that slowed the momentum of the play rather than plot details or turns.

“I think the beautiful thing about Shakespeare—because there are so many editions of it, and it’s been edited by so many different people—there is kind of a liberty to what you cut,” Jonas said. “Plus, the way Shakespeare wrote…he was part of the company and it must have been very collaborative…I totally imagine that he was in a rehearsal and the actor who was playing Oberon fucked up a line, and he would say, ‘No, keep it in. It sounds better like that.’ That’s the same way we go through cutting.”

Jonas’s production is a lean, muscular, and dizzying final product: “A Midsummer Night’s Dream” seemingly boiled down to its central energies and let loose in the perfect echo chamber. With a mesmerizing cast and confident direction, this promises to prove to any who argue the play’s stuffiness that Shakespeare’s touchstone comedy is indeed everything your eighth grade English teacher swore it was: dazzling, raucous, lovely, and—dare I say—puckish.

“A Midsummer Night’s Dream” will play Friday, Saturday, and Sunday nights at 6 p.m. in the garden behind Russell House. 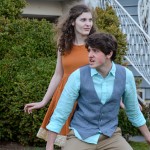 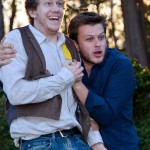 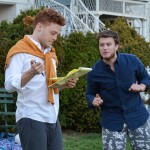 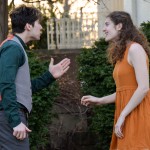 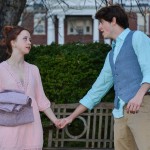 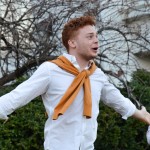 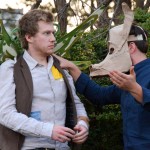