Caryl Phillips came to the University to present excerpts of his latest novel, “The Lost Child.” 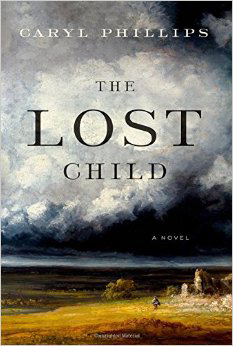 Caryl Phillips, an internationally recognized British-Kittitian author and Professor of English at Yale University read excerpts of his latest novel in Russell House on the evening of Wednesday, March 4. The book, “The Lost Child,” features two plots united through the theme of family ties.

One narrative is set in Emily Bronte’s England and follows the early life of her famous antihero Heathcliff, from “Wuthering Heights,” while a more contemporary plot line set in the 1950s through the 1970s follows a young woman named Monica who experiences a falling out with her parents and is subsequently faced with the difficulty of raising a family in the north of England.

Phillips gave a brief synopsis of the novel, noting that family relationships are his key focus.

“This is a novel set in two different time periods about the relationship between children and their parents and their kind of tenuous bond, and in both instances and both time frames the parent effectively loses the child,” Phillips said.

Phillips, an elected fellow of both the Royal Society of Literature and the Royal Society of Art, spent five years working on the book, a lengthy endeavor that required extensive research. The challenges, he said, were not just accurately depicting the Victorian setting, but also in reconciling the two plots.

“Particularly [because it is] a book that doesn’t have just one plot line [I was] worried that it’s becoming too complicated…that it’s becoming too difficult to follow,” Phillips said. “And then, of course, when you write anything that’s set in a different century there’s a certain amount of research you have to do to get the language right, to remind yourself that the clothes are different, the manner of speech is different, the manner of transport is different, so there’s all of that research element. Particularly for the 18th century part, it was hard to get right.”

Although the publication date of “The Lost Child” is March 10, Russell House procured early copies of the book for sale.

Rachel Warner ’14, the current Russell House Fellow, aided in the planning of the event and commented on the difficulties of arranging Phillips’s visit.

“Maybe this time the biggest challenge was just attendance since it’s the middle of midterms and not that many students have the luxury to be pulled away from their work to do this,” Warner said.

After the reading, which featured two passages, one from each of the two plots, students asked Phillips questions regarding the new book, his older works, and his perspectives on issues ranging from the worth of MFAs to the way he plays with time in his novels. Phillips replied to one question on the perceived resignation of his characters by discussing his motivation for creating them.

“Those small voices are what I’m interested in, those people without a voice,” Phillips said.

Michael Darer ’16, who attended the reading, discussed Phillips’s manipulation of time and rhythm in one of his most acclaimed novels, “Crossing the River.” Darer, while not extensively familiar with Phillips, said he was quite pleased with the readings Phillips presented.

“I think one of the cool things about ‘Crossing the River’ is [that] it uses the staggered rhythm [of] multiple timelines,” Darer said. “There are moments where phrases repeat themselves and cross vignettes, and there are these really small crossovers, so explosive and powerful and beautiful and insane. That’s all my experience with him, but I had a great time.”

David Miller ’16 also attended, and he found listening to Phillips to be an interesting experience, having also read “Crossing the River.”

“I’ve read his stuff before, and it’s always interesting to hear someone read their own work because when you read it privately you kind of formulate your own voice in your head, so it never quite exactly matches up with the author’s actual voice,” Miller said. “In this case it was one of those rare experiences where I actually liked his voice better than the one I had in my head. Very soothing.”

Warner expressed her excitement for the event, citing her preference for contemporary literature.

“I love literature; I love literary people, especially more contemporary stuff because the English major is way more concentrated on past dead speakers and people who wrote things centuries ago, so I love reading new fiction and nonfiction,” Warner said.

Despite the strain of exam season, attendance for the event was still robust.

“He’s definitely really inspiring,” Darer said. “He seems to have a great deal of perspective on his craft in ways I wish I had.”